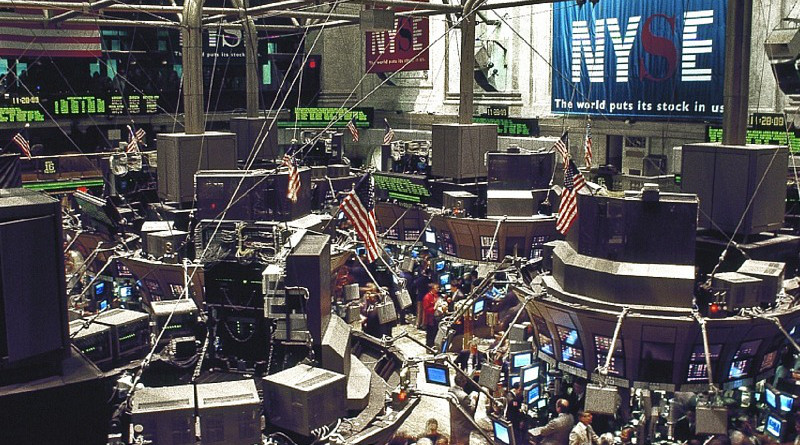 As showcased during the debates and in the entire campaign rhetoric, politicians in the US but also in Europe, are solely focused on promoting solutions that only serve to paper over the problems and address the symptoms of the disease. From “covid checks” to rent relief, and everything in between, all their proposed “fixes” are only providing some temporary breathing room to those millions of citizens affected by the economic shutdown and ongoing restrictions that they imposed and most of them continue to support. These proposals and measures are all short-sighted and superficial, and do nothing to solve structural problems. In fact, they exacerbate and perpetuate them. For instance, a worker that lost his job because his employer was forced into bankruptcy by the government’s measures might be able to put food on the table for another month or two. But he’ll still be unemployed when those funds dry up, he’ll still be unable to provide for himself and to support his family and he’ll still be dependent on the government for the next round of stimulus.

As for the blatant inflationary impact of directly pumping trillions into the real economy, well, that’s an issue that has gone even more under discussed. In fact, it has gone totally unmentioned. Paying today’s bills by rendering tomorrow’s money worthless might seem like a strategy that the average citizen would like to know more about. If they knew and properly understood all the facts, the very real risks and the actual blowback of these policies they might even be inclined to object to it. But for the government, this is essentially a double whammy: Inflation, also known as a hidden tax, not only helps them reduce their own debt burden, but in creating it, by printing and spending money, they get to cast themselves as the heroes in this crisis. The only ones that really suffer any consequences from these policies are the citizens themselves, the taxpayers, the investors, the savers, the pensioners and last but not least the generations to come.

Since the start of the year and especially since the onset of the covid crisis, it is clear that a lot of people, even those not usually interested or engaged in politics, have begun to pay attention to relevant developments, to promises and statements and to question a lot of what is presented as “fact”. Political commitments, grand recovery plans, “expert” statements and official guidelines have been so wildly inconsistent and self-contradictory that even the most apathetic citizen couldn’t fail to notice the logical leaps, the policy flip-flops and the conflicts and lack of consensus even within that sage, “expert” community. This has greatly undermined trust in politicians and institutions and it has supported and bolstered dissent and opposition on all kinds of issues, from political and social ideas to public health policies.

In the coming months, I expect this trend to continue and to accelerate. The months ahead are bound to show that border closings, travel restrictions, lockdowns and economic freezes have a lasting and truly dramatic impact on all of us. Many more people will likely wake up and realize, that the period we are going through is not just a temporary setback or a crisis like any other, but more likely a permanent shift. The covid restrictions that we already saw and continue to see have well and truly crossed the Rubicon and there’s no way back from this. One can argue all day long about the necessity and the scientific merit of some or all these measures, but what is beyond question is that these steps were absolutely unprecedented during peacetime. Almost every single individual liberty that we valued and took for granted in Western societies was curbed, restricted or entirely trampled over. From freedom of assembly, to free speech and from the right to work to financial sovereignty, virtually all areas of individual self-determination suddenly became debatable and optional overnight. The tables were turned, and instead of unalienable, many core liberties become dispensable and instead of self-evident, they became negotiable.

We’ve already seen plenty of indications and even official acknowledgments that confirm the permanence of this shift. The “Great Reset” initiative launched by the World Economic Forum looks at the immense, global destruction that the covid crisis and the shutdowns have caused and apparently sees an “opportunity”, to change “the priorities of societies, the nature of business models and the management of a global commons”. A lot of grand designs fit into this narrative, the discussion and idea center of which will be in Bürgenstock, Switzerland. Actually, the vast majority of the ideas and policy areas that are included in this initiative have absolutely nothing to do with covid or with the present economic crisis. To name only a few examples: The green agenda and climate change, minority rights, eliminating cash, using blockchain, AI and other digital technologies as state monitoring tools, regulating and controlling the internet, the international taxation of individuals, “gender parity” and quotas in the workforce…

It’s not a stretch to imagine that all these policies, that have been promoted for years already in many Western economies but were met with considerable opposition, are now getting a second chance at becoming law, riding on the coattails of the covid crisis. So, what the “Great Reset” and similar national and international initiatives are really about is simply more centralization, more central planning, and more state control over the lives of individual citizens. In their practical implementation, most of these plans are bound to necessitate, and therefore normalize and legitimize, obscene ideas like Modern Monetary Theory (MMT) and deeply corrupting and deleterious policies like the Universal Basic Income (UBI).

This is why it is essential for prudent, liberty-loving citizens and for responsible investors alike to understand that the risks that lie ahead go well beyond the ones that appear in the headlines. And they’re certainly bigger than those accusations that politicians like to throw at each other. Sure, higher taxes, greater economic inequality, an ever-expanding state machine and crony capitalism are real issues, but it’s highly debatable if these dangers can be mitigated, or even at all reduced, if one picks one party over another. The long-term investor should also take into account those bigger picture trends that are largely independent from election outcomes. The push towards greater centralization, the destruction of purchasing power of fiat money and large-scale wealth redistribution are among the core reasons why one should make sure to secure at least part of their wealth in physical precious metals, held in a safe jurisdiction and outside the banking system.