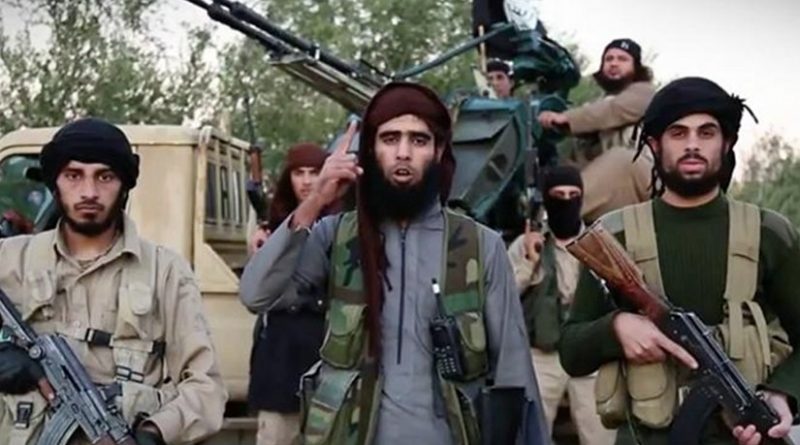 The Paris attack has focused the attention of the world on the Islamic State (Daesh).

Earlier, the impact of the outfit, also known as the ISIS, was confined to the geographical region it controls – eastern Syria and northern Iraq. Now it seems to be everywhere.

Every day Indian newspapers are giving us details of the organisation’s alleged Indian adherents and our intelligence agencies, through deep background briefings, warn darkly about the IS threat.

Just why Daesh decided to change its focus from the “near enemy” – Syrian and Iraqi forces, the Kurdish and Iranian militias – for the “far enemy” is difficult to determine. Perhaps Paris, as well as the Russian airliner, were targets of opportunity.

However, as Bernard Haykel pointed out in a recent article, it has to do with the adverse ground situation in Syria and Iraq where the Daesh has lost ground, and the punishment it is receiving from the aerial bombardment. It now faces a hardening of the Turkish stand since the bombing of the Opposition rally in Ankara in October, resulting in a choking of foreign recruits.

This should not lead to any slackening of effort to destroy this monstrosity – a medieval state functioning in the 21st century.

There are four steps that need to be taken to that end. First, containing the ISIS in the badlands of Syria and Iraq. Invading these areas would be counter-productive. Daesh would actually welcome a western attack because as per their theology, the end of days battle will begin from Dabiq and will actually see the “crusaders” victorious in the beginning, followed by their final destruction.

Using Shia on non-Sunni forces would harden the resistance in the Sunni-dominated ISIS areas. Instead, a tight cordon sanitaire should be maintained by the Kurds, Iranian, Syrian and Iraqi forces aided by western surveillance systems.

The second effort needs to be made to choke the ISIS finances. It is well known that even now oil continues to be smuggled out of areas under ISIS control. Obviously some influential parties are involved in this.

Actually it was only last week that for the first time US warplanes attacked an oil convoy coming out of the ISIS area, this was followed by attacks by the Russian Air Force as well. The question to be asked is why this was not done earlier, since these convoys are several kilometres long. However, indiscriminate bombing should be avoided because it will kill non-combatants.

The big issue to be thrashed out here is the future of Bashar al Assad, as well as the attitude of countries like Saudi Arabia, Turkey and Qatar, which have backed rebels against the Syrian regime. The Americans remain insistent on his removal, but so far, their efforts have led to the strengthening of ISIS, rather than weakening it.

The third is a more complex, longer-term task, though it does not brook much delay. This is to undermine the Daesh’s ideological appeal. This appeal arises from its claim that life in the Caliphate is lived as it was in the time of Prophet Muhammad (PBUH).

The enslavement of non-believers, beheading of defeated enemies, and other such medieval measures are indeed mentioned in the Muslim holy book which is considered as the word of God, but which was written up in the medieval times.

The Old Testament of the Christians and the holy books of the Jews, too, say that God’s law demands death for, say, cursing your parents, pre-marital sex, and adultery. Slaughtering enemies and massacring the defeated is also sanctioned by divine law. But the practice of the application of the scriptures has changed, and in Christian lands no one seriously argues that practices which may have been the norm in Biblical times should be reinstituted today.

Most Muslims, too, do not believe that it is a good idea to enslave non-believers or to stone adulterers. But many remain in the thrall of preachers who say that “innovation” or bidaa is the path to apostasy, which itself is punishable by death.

In such circumstances, reformation or modernisation of the message of the Quran becomes moot.

But clearly this is something that only the Muslims can work out. The one positive outcome of the Daesh literalism is that it is compelling Muslims to think and debate these issues.

As for India, the good news remains that the ISIS phenomenon has very little traction here. If a couple of people have been in ISIS-related chatrooms or have been trying to travel to Syria, it means little.

As of now Indian Muslims have their feet on the ground and show no signs of being attracted to the Daesh ideology. However, we should not lower our guard, because as the Paris incident has shown, that with its back to the wall, the Daesh is striking out wherever it can.