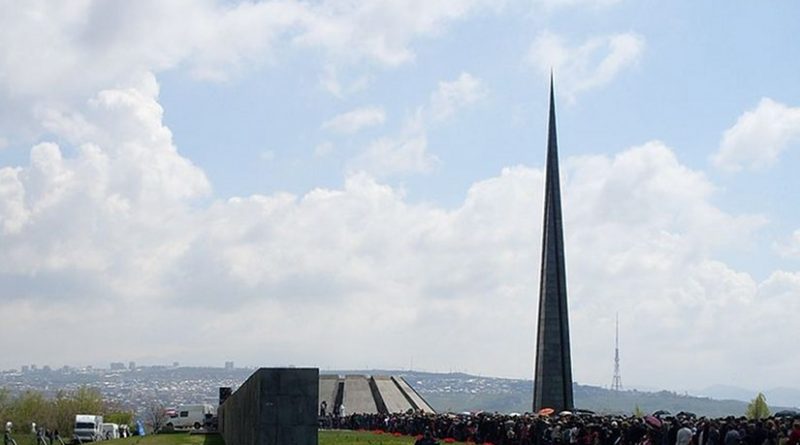 The decision of the European Court of Human Rights (ECHR) in the case of Perinçek v. Switzerland had been eagerly awaited in Armenia and Turkey. In a landmark judgement issued on October 15, the ECHR upheld Turkish politician Doğu Perinçek‘s right to say that mass killings of Armenians in Ottoman Turkey in 1915 were not genocide.

In the end, the complex nature of the ruling allowed both the Armenian and Turkish governments to say that it favoured their respective, and opposing, positions.

Judges at the court’s Grand Chamber ruled, by a majority of ten to seven, that Perinçek’s right to freedom of speech had been violated when a Swiss court found him guilty of genocide denial.

Upholding a decision of an earlier court, it found that statements which Perinçek made in Switzerland in 2005 “bore on a matter of public interest and did not amount to a call for hatred or intolerance.”

At three public events in Switzerland ten years ago, Perinçek said the mass deportations and massacres suffered by Armenians living in the Ottoman Empire in 1915 did not constitute genocide.

Such statements are criminalized in Switzerland and led to a prosecution. In March 2007, he was found guilty and sentenced to a fine of 3,000 Swiss francs or 30 days in prison, and ordered to pay 1,000 francs to the Switzerland-Armenian Association.

Perinçek appealed against the verdict, but a Swiss federal court dismissed this in December 2007.

The following year, Perinçek lodged a complaint with the ECHR in Strasbourg, arguing that the criminal conviction for publicly stating there was no Armenian genocide was a breach of his right to freedom of expression. In December 2013, a lower chamber of the ECHR found that Article 10 of the European Convention on Human Rights had been breached.

The Swiss government asked for the case to be referred up to the ECHR’s Grand Chamber, which decided that it had not been necessary to subject Perinçek to a criminal penalty in order to protect the rights of the Armenian community.

“The Swiss courts appeared to have censured Mr Perinçek simply for voicing an opinion that diverged from the established ones in Switzerland,” the court said. Perinçek’s statements could not be regarded as affecting the dignity of the members of the Armenian community to the point of requiring a criminal-law response in Switzerland.

“There was no international law obligation for Switzerland to criminalise such statements,” the court said. “The interference with his right to freedom of expression had taken the serious form of a criminal conviction.”

As might be expected, the reaction to the judgement in Turkey, which has consistently denied that the Ottoman authorities attempted to exterminate the Armenian population, was positive.

“We deem the judgement to be a very strong signal against all efforts to impose the ‘genocide’ allegation as the only and absolute truth, along with attempts and practices which even forbid questioning it,” a press release from the Turkish foreign ministry said.

The ministry said the ruling confirmed that the events of 1915 could not be compared with the Holocaust and were instead a matter of legitimate debate, so that the right to express differing opinions should be protected.

Armenia’s foreign ministry swiftly issued a protest against the Turkish statement, calling it a “cheap manipulation” that drew its conclusions not from the October 15 judgement but from the previous decision by the ECHR’s lower chamber.

As for the ECHR´s final decision, the Armenian prosecutor general´s office stated that as a whole, it was satisfied with the verdict.

Deputy prosecutor Emil Babayan told the Tert.am website that this was a good result for Armenia and for the Armenian people.

“This decision is of great importance,” he said. “It means that European states can punish denial of the Armenian genocide, if this is intended to incite violence or racial disharmony.”

The legal team representing Armenia at the ECHR, Amal Clooney and Geoffrey Robertson, shared this opinion.

“The decision is a victory for Armenia,” they said in a press release.

Noting that Armenia intervened in the case only because the lower ECHR chamber had cast doubt on the 1915 genocide, the lawyers said that “as counsel we sought to correct this grave error, and the Grand Chamber has done so”.

The ECHR chamber’s ruling said the court was not competent to establish whether the killings and deportations of 1915 qualified as genocide. The minority of seven judges stated that “the Armenian genocide is a clearly established historic fact”.

Armenian commentators disagreed with their government’s view that the ECHR decision contained positives for the country. They argued that given that the 100th anniversary of the genocide fell in 2015, the court had tried to satisfy both Armenia and Turkey. (See Armenians Mark Genocide Centenary, Optimistic on Recognition on the politics around the date.)

“Of course we do not wholeheartedly welcome the final judgement, for we believe it was very vague, trying to satisfy both sides,” Bedo Demirdjian,(communications officer at the European office of the Hay Dat (Armenian Revival) group, told IWPR. In future, he said, national laws criminalising genocide denial would need to have “a strong legal basis, without giving the slightest doubt”.

“We will continue what we do best – fight for the recognition and condemnation of the Armenian Genocide, which will pave the way for reparations,” he said. “Criminalisation will come in due time.”

“The implications of that ruling will trigger a fresh negative reaction by Armenia and, more importantly, only an intensification of efforts by Armenian advocacy groups in both Europe and the United States to protest the decision,” he told IWPR. “The intensity of the campaign against the ECHR will also be especially emotional, given this year´s 100th anniversary genocide commemoration.”

Ruben Melkonyan, deputy dean of Yerevan State University’s Faculty of Oriental Studies, says that while the wording of the ECHR ruling was so diplomatic that both sides could find positive aspects, it was ultimately a political decision made “in part due to Turkey’s role in overcoming the migration crisis in Europe”.

In Melkonyan’s view, the ruling gives a green light to people like Perinçek to deny human evil with impunity. Furthermore, he says, it deals a blow to efforts to get European governments to criminalise denial of the Armenian genocide.

Seventeen European states have recognised the 1915 killings as genocide, but only four have criminalised denial of the Armenian genocide – Cyprus, Greece, Slovakia, and Switzerland – compared with the 16 that have outlawed Holocaust denial.

Professor Sévane Garibian of the universities of Geneva and Neuchatel in Switzerland does not believe the ECHR ruling spells the end of the campaign to ban genocide denial.

*Yekaterina Poghosyan is a journalist from Armenia. This article was published at IWPR’s CRS Issue 797.