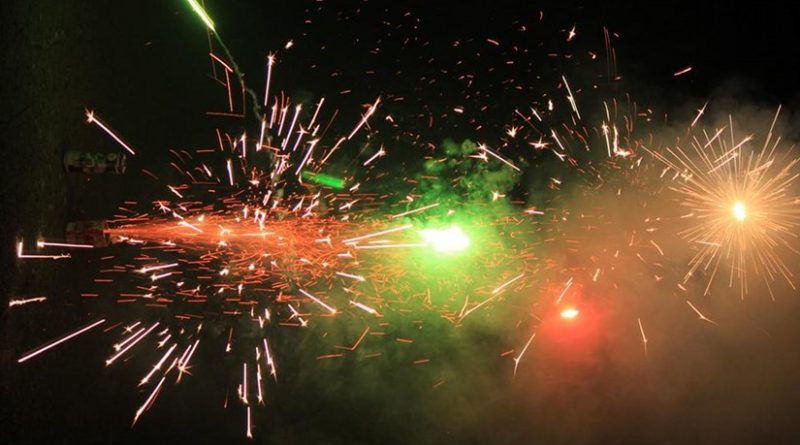 he slogan “Let’s make America great again” may appear at first sight to be aspirational, even inspirational. It has been asserted that it was such a genial slogan which assured the successful election of Donald Trump to the American presidency. In reality the slogan describes and predicts little that is surprising or original. It’s more like a movie that we have viewed before; and we already know its ending.

Nostalgia for past greatness is as old as Machiavelli who claimed the heritage of the Romans for a new Italy, then it was misguidedly adopted by Mussolini who fancied himself a Roman emperor, or Adolph Hitler who promised to make Germany great again after the humiliating defeat of World War I.

All of this can perhaps best be described through the lenses of three classical novels which, while admittedly prophetic, read like historical novels: in order of publication they are Good-By to All That by the English Robert Graves (1929), It Couldn’t Happen Here by the American Sinclair Lewis (1935), and The Leopard, Il Gattopardo in its original Italian title, by the Italian Giuseppe di Lampedusa (1956).

I have summarily described the last two novels, the second prophesizing the rise of fascism in America or anywhere else where the conditions are ripe; enter Donald Trump. The last one made into a famous movie by Luchino Visconti in 1963 dealing with Italian unification, and predicting that the great social changes expected at the outset from Italian unification would not only fail to materialize but that things would get progressively worse and force the emigration of one million Southern Italians.

Let us now examine the first book which, in some way, despite the fact that it came first chronologically, synthesizes the other two by announcing the disaster of fascism and of involuntary emigration and explaining those disasters via a nostalgia for making the country great again, enter Brexit and Trumpism.

Robert Graves’ book can perhaps best be described as a farewell memoir to his country called Good-Bye to All That. In it, Graves, a veteran of the Great War, offers us an glimpse of a world brought down by the myopia of a waning ruling class. British rulers yearned to restore a bygone age, to make Britain great again. No sooner did Good-Bye hit the bookstands than Western governments on both sides of the Atlantic, far from learning any lessons from it, responded to a financial crisis by throwing up trade barriers, turning currencies into weapons, plunging the world into depression, and then deporting, or later exterminating, foreigners as well as their own citizens.

We seem to have come full circle. With the election of Donald Trump to the presidency, the United States seems about to swerve in a similar direction, to go from leading the world as a stabilizer to leading the world as a destabilizer. What’s propelling this about-face is nostalgia for an earlier age of supremacy which basically covers seven decades from the mid-forties to today. The illusion of exceptionalism and supremacy (called “white supremacy when it assumes racial overtones) remains, but In truth, that supremacy that was economic, military and political, has long since passed.

America’s continued claim on global leadership is mostly an inheritance from the aftermath of World War II, when American leaders laid the multilateral foundations of what we now call globalization. Diplomats, economists, and philosophers charted a grand bargain for the world, a kind of global new deal. It rested on two pillars.

The first concerned cooperation in the world economy. To prevent a backslide into the protectionist, inward-looking policies that crushed the global economy in the 1930s and led to war in Europe and Asia, global rebuilders hitched national economies to norms, rules, and principles of free trade. The result was a boom. From 1950 to 1973, world per capita incomes grew by 3 percent per year — powered by a trade explosion of 8 percent per year. Cooperation triumphed; interdependence brought prosperity. The prophecy of “inevitable progress” by assorted positivists enamored of enlightened science and debunkers of tradition, religion and even philosophy seemed to have come about. Things would get better and better.

The second pillar concerned national policies. To cope with the dislocations of free trade and interdependence, governments created safety nets and programs at home to manage the risks and to shelter the castaways. From welfare to workplace protections, from capital controls to expanded education, national policies buffered market perils and helped families adapt to commercial and technological changes. What’s more, many of these programs extended to the dislocated who left home altogether, like those who departed Puerto Rico for the United States, Italy for Canada or the US, Algeria for France, Cambodia for Australia. Education, workplace protections, and pathways to citizenship were part of a bundle of rights conferred on immigrants. This was the global new deal that buoyed the postwar liberal order: a coherent, complementary set of policies that opened borders while protecting societies from the hazards of integration across those borders.

But alas, it proved unsustainable. Over seven decades, their foundations shifted beneath them. We are now witnessing, in Trumpism, its death throes. And there is no way to re-create the conditions that led to the original global new deal, and the years of relative stability and tolerance that came with it. All that is left now is nostalgia for past glory. That goes a long way in explaining Brexit and Trump’s fraudulent promise to restore America’s greatness in the 21st century. As in Brexit many have bought that promise wholesale but, as in Brexit, they may soon experience buyer’s remorse for one cannot live by past glory alone; one needs to envision a future too for the next generations.

What had once been a comprehensive, integrated system of policies that allowed free trade and social safety nets to work in tandem became, in the absence of strong global leadership, a race to the bottom, sustained by carbon and credit. Brand new polities like the EU were founded but lacking authentic cultural foundations for the union, centrifugal political forces began to take over. Domestic safety nets got torn up in a fever to make economies more nimble. Deregulators, privatizers, and a free market orthodoxy took hold, shredding the pacts that once eased the effects of globalization. Trade unions, once key to manufacturing the consent behind the global new deal, got crushed.

The fall of the Berlin Wall, the breakup of the USSR, and some gloating about the end of history created some sense of renewed American grandeur and the triumph of free markets. This euphoria, however, masked underlying structural shifts that eroded U.S. dominance still further; while the Soviet bloc collapsed, behind the scenes, there was a dramatic retooling of the Asian economies. The reckoning could not be put off forever. The dual addictions to carbon and credit are now under assault. The bill for relying on fossil fuels is turning up in the form of climate change, while swaths of the unprotected precariat work part-time jobs in Walmart and Home Depot to cover the monthly interest on their Visa cards.

David Cameron botched the Brexit campaign. Hillary Clinton stumbled through questions about the misunderstood Trans-Pacific Partnership and cringed whenever NAFTA came up. In the vacuum, wall-builders like Trump promise to revive a zombie version of American grandeur with more carbon, more credit, and a mercantilist crusade. And so, while Globalization had relied on the United States playing a vital stabilizing role which lasted for seven decades, what comes next is rather unpredictable. Were I asked to hazard a prediction I would go with “global instability.” Why do I say this? Because, the world has yet to master the idea of leadership without dominance. We no longer have statesmen, we have puny egomaniacal bullies hungry for power.

The long cycle of integration and relative tolerance forged by U.S. leadership since World War II is now headed in reverse and is giving way to nostalgia for past greatness: let’s make Germany great again, let’s make Great Britain great again, let’s make America great again, let’s go back to the glory of the ancient Greeks and Romans, the glory of the British empire, and, most important of all, let’s fool people, as Tancredi proclaims in the novel The Leopard by making them believe that all is changing and the good old times are on the way back, so that in effect nothing changes and they fail to realize that in reality things are getting progressively worse and the lights are fast dimming on a Western civilization mired in nostalgia of past grandeur. I say: let’s pray for the best but prepare for the worst while imagining a better world. This may well fall on deaf ears, but let those who have ears, let them hear.

One thought on “Making England, Italy, Germany, and America Great Again Via Globalization And Nostalgia For Past Glories – OpEd”