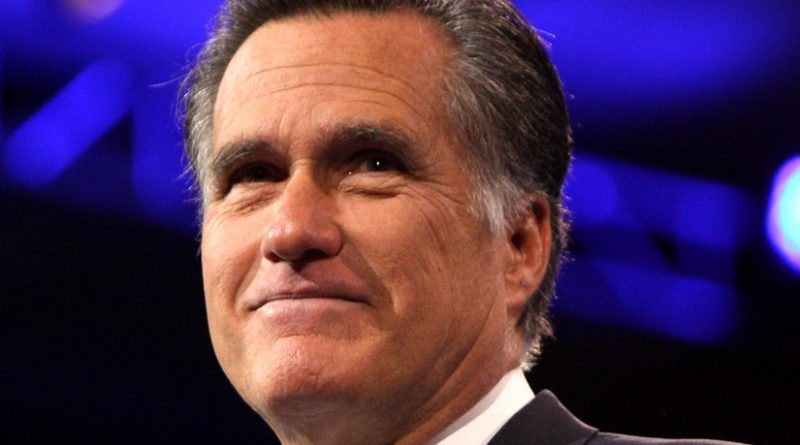 In the aftermath of his victory, US President-elect Donald Trump has come under scrutiny in his cabinet appointments. Across the political spectrum, concern has been raised over his reported choices for the top diplomatic position of secretary of state.

Public relations wise, Trump benefits by having a lengthy and diverse selection process – something that appears relatively evident. His reported consideration for John Bolton and Mitt Romney could be construed as a message of accommodation to those with neocon leanings. As US president, Trump has to deal with what his predecessors have faced – trying to reach out to the opposition, while not drifting too far away from the stated counter preferences.

For sure, the appointment of Romney as secretary of state, will be seen as a backtracking from Trump’s inclination to seek improved US-Russian ties. Trump and Romney had harsh things to say of each other. Their recent meeting, serves the optical impression of both men putting aside their differences out of respect for the country and its highest office. Whether they’ve actually buried the hatchet to the point of having Romney as secretary of state is questionable.

During the transition period to the presidency, Trump has conferred with Henry Kissinger and (as reported) is considering longtime Republican California Congressman Dana Rohrabacher, for the secretary of state position. From a constructively critical, pro-Russian realist perspective, Rohrabacher seems like the best candidate under reported consideration. He has an extended Capitol Hill background in addressing foreign policy issues. In the last few years, Rohrabacher has shown (when compared to his congressional peers) an objective enough understanding of Russia’s position.

In comparison to some of the other reported secretary of state candidates (notably Bolton and former New York Mayor Rudolph Giuliani), Rohrabacher should’ve an easier timer in getting Senate confirmation approval for the position in question. Bolton is viewed in some influential circles as having an overly aggressive foreign policy stance. Giuliani’s business ties outside the US and his degree of substantive foreign policy experience have been questioned. He’s perhaps better suited for a spot dealing with domestic matters. Giuliani’s support base, close ties to Trump and interest in the secretary of state job, improves the New Yorker’s odds in getting that position.

Rohrabacher’s long standing pro-Israeli Reagan Republican persona makes him compatible with much of the American political establishment. In the 1990s, he supported a hardline stance against Yugoslavia (Serbia & Montenegro). More recently, he has advocated wooing Russia away from China. This latter advocacy appears difficult. Ideally, the Kremlin seems to seek improved ties with the West, without hindering its relationship with Beijing. Rohrabacher has suggested that recognizing Kosovo’s independence is a basis for considering Crimea’s changed territorial status. (Along with some others, neocons and neolibs assert that Kosovo’s independence is legit unlike Crimea’s reunification with Russia. If anything, I believe the reverse to be true. This is a subject worthy for a lengthy high profile debate.)

In their coverage of the secretary of state opening, the three main US cable TV news stations (Fox, MSNBC and CNN) have had little, if any mention of Rohrabacher being considered for that spot – instead focusing on the other candidates. Trump is known to detest (what he sees) as flawed aspects of the media. His selection of Rohrabacher would serve the purpose of sticking it to the media, as well as choosing an acceptable enough individual by mainstream standards.

For the purpose of cozying up to the establishment, the selection of Corker or Romney would be Trump’s best bet. On that score, Rohrabacher arguably falls somewhere between them and the options of Bolton or Giuliani. The establishment’s main sticking point against Rohrabacher, pertains to some of his Russia related views.

For now, the constructively critical, pro-Russian realist position shouldn’t be too hung up over the likes of former CIA head James Woolsey, involved with Trump’s transition. Granted, that Woolsey’s personal opinions on Russia leave something to be desired, as evident during a recent RT Worlds Apart Show. (Concerning that particular show, too bad there wasn’t more follow-up on some of his comments. Contrary to Woolsey, anti-Russian bigotry has been regretfully present in instances that include the bigoted influence of the Captive Nations Committee and the hypocritically flawed effort to get Russia banned from the Olympics.) Notwithstanding, Woolsey exhibits some flexibility in his stating the possibility for improved US-Russian relations.

Jared Kushner is said to be quite influential with his father-in-law Donald. To the dismay of some Russia unfriendly elements, Kushner’s New York Observer owned publication (recently renamed as Observer) has featured the politically incorrect commentary of Mikhail Klikushin. There’s of course Trump himself, who has pointedly gone against some of the establishment biases against Russia.

Let’s see how all of this plays out.

Michael Averko is a New York based independent foreign policy analyst and media critic. This article initially appeared at the Strategic Culture Foundation on November 22.

Home » Selecting The Next US Secretary Of State – Analysis