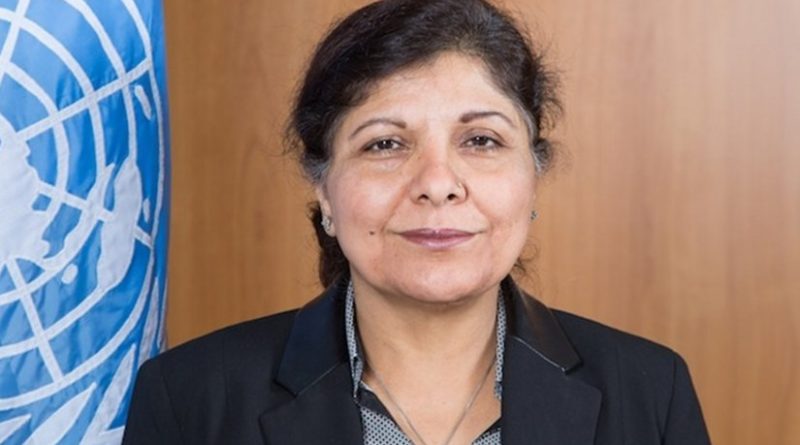 This week, countries of the Special Programme for the Economies of Central Asia (SPECA)1 are convening under the Chairmanship of Azerbaijan in Ganja.

Eighteen years after the formation of SPECA, the adoption of the 2030 Agenda for Sustainable Development offers a renewed opportunity for SPECA to play a more critical role in promoting subregional cooperation in Central Asia. Through fostering greater subregional cooperation, SPECA can support national implementation of the Sustainable Development Goals (SDGs) as well as addressing many of the transboundary SDGs, such as ecosystems, natural resources, climate change, infrastructure connectivity and disaster risk reduction. Throughout this year, the Economic and Social Commission for Asia and the Pacific (ESCAP) has been working to strategically reposition SPECA so that it is able to support countries to address policy priorities in implementing the SDGs.

In this context, the first priority is to revive and rebalance economic growth in the subregion for equality, inclusion and social justice. The sluggish growth witnessed in the North and Central Asia (NCA) subregion in 20152, driven by declining commodity prices, has underlined the urgent need for countries to diversify their economic structure to achieve inclusive and sustainable economic growth. To diversify their growth engines, SPECA economies must focus on gaining competitiveness beyond primary commodity exports. To fully leverage global and regional value chain opportunities, NCA economies need to nurture new and dynamic businesses and expand into the growing markets for green technologies. SPECA economies need to accelerate their efforts to mobilize and facilitate direct investments that promote economic diversification, support small and medium-sized companies and allow for more inclusive growth in the subregion.

Given its strategic location linking Asia and Europe, the subregion requires enhanced infrastructure connectivity to support trade and investment competitiveness. Investing in the modernization of infrastructure related to transport, power generation and communication is an essential component of a pro-growth strategy. However, the lack of seamless cross-border infrastructure corridors has hindered the potential of the subregion to become a center of trade between the three big markets – East Asia, South Asia and Europe. Nevertheless, clear signs of progress in infrastructure connectivity are emerging through the Eurasian rail land bridge link, trans-Caspian multimodal routes, and the launch of energy connectivity projects such as the TAPI gas pipeline and the CASA-1000 electricity transmission link. As we move to the future it will be critical for Central Asia to effectively leverage opportunities offered by regional integration initiatives such as China’s Belt and Road Initiative and the Eurasian Economic Union.

To capitalize on the subregion’s demographics, investment in education, skills formation and health care is essential for improving workforce quality. Illustrating this need, the incidence of vulnerable employment in the subregion remains high, with over one-third of workers in five of the seven SPECA countries employed in vulnerable jobs. At the same time, the working-age population has already started to decline in many NCA economies. By 2050, the subregion will be the second largest host of persons over 60. Effectively managing this population transition will require timely planning, benefitting from experiences, lessons learnt, and best practices emerging from current population transitions in East and North-East Asia. To achieve poverty reduction and social inclusion, the NCA subregion will be critically dependent on increasing social protection.

Lastly, but of great significance to Central Asia, is leveraging subregional cooperation under SPECA to address shared vulnerabilities. NCA, for example, is highly vulnerable to climate change. Growing demands for water, energy and food, coupled with the increasing frequency and intensity of weather events and climate-related disasters, have exacerbated existing vulnerabilities. Opportunities exist for reducing greenhouse gas emissions in ways that enhance productivity and create jobs, such as energy efficiency, modernizing energy infrastructure and phasing-out inefficient fossil fuel subsidies.

ESCAP’s recently launched report The Economics of Climate Change in the Asia-Pacific Region, identified five key actions to address climate change in the region, all of which are relevant to North and Central Asia. These include adapting to climate change and improving resilience, phasing out fossil fuel subsidies, encouraging renewable energy and energy efficiency, implementing carbon pricing and the scaling-up of climate finance. In addition, to better manage the effects of climate change-induced natural disasters, ESCAP’s newly established Asia-Pacific Centre for Disaster Information Management, hosted by the Islamic Republic of Iran, will provide multi-hazard early warning systems that will reduce the trade-offs inherent to the water-energy-food nexus and the climate change impacts of this semi-arid area.

The 2030 Agenda for Sustainable Development has presented a window of opportunity for SPECA countries to transform their development model to one based on sustainability. ESCAP stands ready to support SPECA in realizing the full potential of subregional cooperation in support of sustainable development. I expect that the adoption of the Ganja Declaration will provide the foundations for the next phase of SPECA subregional cooperation in support of the 2030 Agenda, and will signal to the international community the strong leadership role of the SPECA subregion.

Notes:
1. SPECA was established in 1998 by the Presidents of Kazakhstan, Kyrgyzstan, Tajikistan and Uzbekistan, with Afghanistan, Azerbaijan and Turkmenistan joining the programme soon afterwards. Supported by two United Nations General Assembly resolutions, SPECA was created to enhance subregional cooperation in order to meet the pressing economic development challenges of its members.
2. Excluding the Russian Federation, average economic growth in the subregion slowed to 3.1% in 2015 from 5.4% in 2014. ESCAP Economic and Social Survey 2016