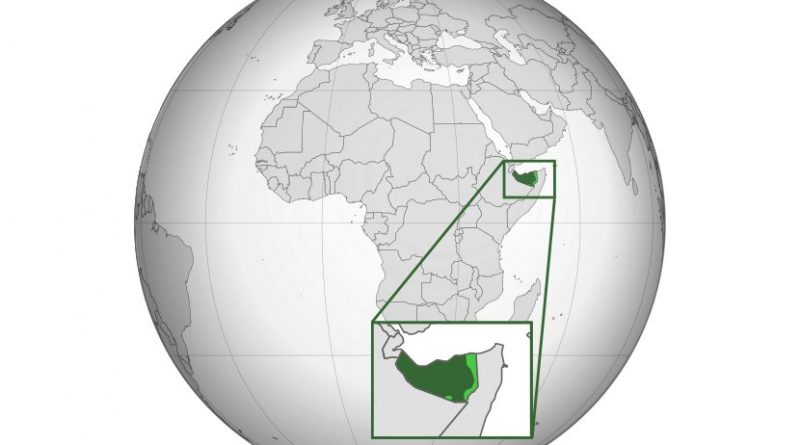 When Somaliland went to the polls last week, the self-declared state had more at stake than a transfer of power. The vote, if conducted in a peaceful and orderly way, would have been a chance for the self-declared state to make a compelling bid for international recognition. While the polls themselves occurred without major hiccups, violence erupted afterwards, when the Wadani opposition party to the ruling Kulmiye party claimed serious polling irregularities. In the ensuing chaos, seven people were killed amid outgoing President Ahmed Mohamed Silanyo’s pleas for all sides to show restraint.

The recent developments are an unexpected tragedy for a would-be country known for its relative stability since it declared independence from Somalia in 1991. For seasoned observers, it wasn’t surprising that in the electoral run-up, the authorities seemed committed to get things right. Unlike neighboring Kenya, whose electoral process was flawed from the very beginning, the Somaliland government sought to avoid such attacks by using biometric voter registration in a bid to ensure the legitimacy of the vote. What’s more, outgoing President Silanyo banned government staff from using state funds for campaigning, and urged state media to provide equal coverage of all candidates. The nominees also participated in a presidential debate that was live-streamed from the capital, leading international observers to brand the process a success.

However, all these accomplishments are now on the verge of being undone. The accusations of vote-rigging levied against Kulmiye by Wadani party candidate Abdiraham Irro are threatening to throw Somaliland into political disarray. Not only is this undermining the state’s claim to legitimacy and recognition, it also has potentially far-reaching consequences. Without international recognition, Somaliland will face difficulties gaining international assistance to achieve a lasting peace accord with Somalia. Strategically located at the Gulf of Aden, Somaliland is crucial for achieving greater stability and security in the region.

Along with the allegations, Wadani officials suspended cooperation with the National Election Commission (NEC) and presented a book of empty ballot papers supposedly forged by Kulmiye. The announcement was enough to incite hundreds of irate Wadani supporters to take to the streets in clashes with law enforcement.

It is true that the riots have so far been relatively small and highly localized. But they may point to rising tensions simmering beneath the surface that are now coming to the fore. As such, they carry a serious inherent risk of fracturing what is still a clan-based society. Somaliland has owed much of its internal stability to the 1993 Boroma conference, where questions pertaining to representation and power-sharing between clans were resolved through the clans’ effective institutionalization. Clans were “turned” into parties, with the two most important ones – Habar Awal and Habar Yonis – controlling the country’s major political entities: the Kulmiye and Wadani party, respectively.

The new system established an upper house of clan elders, fusing indigenous forms of organization with contemporary modes of governance that ensured a democratic, consensus-based governing system. That way, political leaders succeeded in implementing a constitutional mechanism for settling differences, rather than resorting to violence. While this broadly appeased society, clan competition continues and society remains formally divided along clan lines, most of which are in coalition with either Kulmiye or Wadani.

Still, there is no indication that the riots were orchestrated from the top. In fact, amidst the violence, it did not take long for Wadani officials to reach an agreement with the NEC. Consequently, cooperation with NEC was restored and an investigation into the allegations will be initiated. The swift resolution was hailed by international observers and regarded as proof that all parties continue to support the electoral code of conduct signed in April this year.

While a bitter taste remains, goodwill and a desire to avoid further bloodshed were factors driving the agreement with the NEC. This alone is no mean feat in a region where stalled or non-existent elections are the norm, and where political figures are generally much less concerned about maintaining internal peace than clinging to their power. Thus, Somaliland is in a much better condition than countries like the Democratic Republic of Congo (DRC), where President Joseph Kabila has lingered in office past the end of his second, and ostensibly final, term in December 2016. Blatantly disregarding an agreement with the opposition to hold elections by the end of 2017, the government has now announced that the long-overdue votes will not be held until December 2018. Naturally, not only has this prompted ethnic conflict, but is also raising the question of whether the polls will continue to be pushed back indefinitely.

With the political crisis in the country driving a humanitarian disaster in the eastern and central parts of the DRC, the international community and the opposition have balked at Kabila’s latest announcement. Ida Sawyer, head of Human Rights Watch for Central Africa, noted that although Kabila had slightly curtailed the delay, “a large number of Congolese are, rightly, skeptical.” Moïse Katumbi, the opposition’s most credible candidate against Kabila, also criticized the continual postponements as a “maneuver by a predator regime, which wants to hold onto power indefinitely.” Considering how Kabila has entrenched his grip on power through corruption, violence, and an ever more forceful crackdown on the opposition, the DRC is only going to be slipping deeper into chaos.

It remains to be seen what results Somaliland’s NEC investigations will yield. Whether or not electoral fraud will be proven to have taken place, Somaliland must be able to show that its democratic institutions are strong enough to resist attacks on their credibility. Otherwise, Somaliland could face a similar fate to DRC: ravaged by internal conflict, becoming just another name on Africa’s long list of failed democracies.

One thought on “Somaliland’s Fading Chance For Recognition – OpEd”