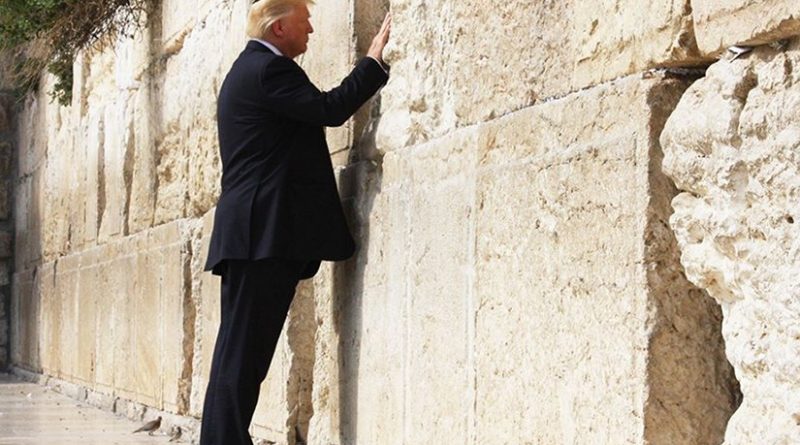 In the one-minute video ad, the group gives clips from a white supremacist protest in Charlottesville, Virginia in 2017, in which participants chanted “Jews will not replace us.”

The narrator in the video accused Trump of emboldening the far-right.

Heather Heyer, 32, was killed and nearly three dozens others wounded after a white supremacist drove his car into a group of demonstrators protesting a white supremacy rally in August 2017.

The video shows a Pittsburgh synagogue shooting that killed 11 people. And runs Trump’s remarks in August: “If you vote for a Democrat, you’re being disloyal to Jewish people, and you’re being very disloyal to Israel.”

“The biggest threat to the security of American Jews today is, incredibly, the president of the United States,” the narrator in the video concludes.

Ron Klein, chairman of the group and former member of Congress, said Jewish Democrats have to work to defeat Trump in the 2020 presidential race.

“His words and actions, bigotry and lies directly contribute to increased violence and anti-Semitism in our country,” said Klein.

Halie Soifer, executive director of the group, said Trump’s words have been cited by those who have attacked or planned to attack Jewish places of worship and communities.

The Jewish Democratic Council of America “will do everything we can to elect someone who shares our values in November of 2020,” said Soifer.

According to a survey in May, following the Pittsburgh shooting, 73% American Jews said they felt less safe, while 60% thought Trump “bears at least some responsibility” for such attacks.