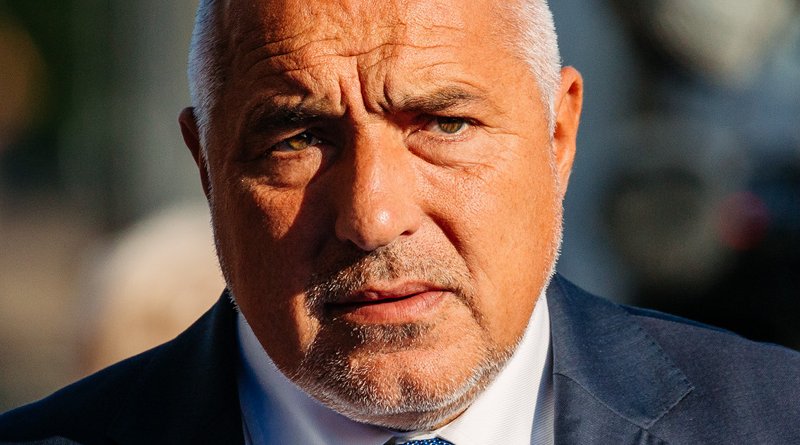 (RFE/RL) — U.S. President Donald Trump will raise the possibility of exporting gas to Bulgaria when he meets the country’s leader next week, as Washington seeks to reduce Russia’s energy dominance in Eastern Europe.

Trump will also push Bulgarian Prime Minister Boyko Borisov to increase the country’s defense spending when they meet in the Oval Office on November 25, a senior White House official said in a conference call. Bulgaria is a member of NATO.

Bulgaria — like many of its Eastern European neighbors — imports most of its oil and gas from Russia, which the United States says gives the Kremlin significant influence over those countries.

The United States is in the midst of an unprecedented natural-gas production boom and its energy companies are seeking new export markets, including Europe and Asia. U.S. companies ship it in the form of liquefied natural gas (LNG).

“We are certainly interested in the possibilities for exporting LNG to Bulgaria and to other countries in the region.”

Borisov met with his Croatian counterpart just days before his upcoming meeting with Trump. Croatia is seeking to build a floating LNG terminal that could potentially supply some countries in the region with U.S. LNG. Borisov called the Croatian project “important.”

Trump’s White House meeting with Borisov will be his latest with leaders from Central and Eastern Europe this year. Trump met earlier this year with the leaders of Poland, Hungary, Romania, Slovakia, Austria, and the Czech Republic, according to the senior administration official.

The agendas for the meetings have essentially focused on the same issues of energy, security and economic growth, he said.

Trump will encourage Borisov to reach the alliance’s recommended spending minimum of 2 percent of gross domestic product, the official said.

“Bulgaria has now been a member of NATO for 15 years. And it is time to show additional leadership by increasing its defense spending and participating in various NATO missions,” the official said.

Bulgaria has recently agreed to buy F-16 jet fighters. The White House official called the purchase “a significant milestone” in the country’s defense modernization and an “important sign” that it takes its pledge “seriously” to boost defense spending.

Trump will also raise the issue of fighting corruption and defending against Russian “activity,” such as attempts to influence the outcomes of elections, he said.

Borisov, a former firefighter, has dominated Bulgaria’s political system almost without interruption over the past decade, a period during which corruption has continued to flourish.

James Pardew, the former U.S. ambassador to Bulgaria, called the nation “deeply plagued by widespread corruption” in a November 22 opinion piece in The Hill.

Pardew also said the country has experienced a decline in press freedom as the nation’s oligarchs consolidate the industry, making it difficult for journalists to operate, especially those investigating corruption.

“The result of the suppression of the independent press in Bulgaria has distorted the media sector, eroded public trust in the press, and produced a national political environment with little government or criminal accountability and no serious opposition to challenge the current government,” he said

The White House official did not say whether Trump will also raise the issue of press freedom with Borisov.