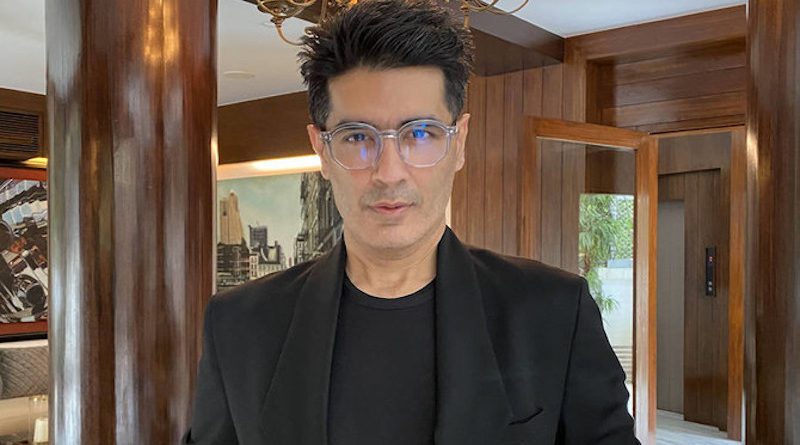 Manish Malhotra, Bollywood’s favorite stylist and the go-to designer for Indian brides all over the world, is a leading voice in global fashion.

The Mumbai-based designer is also well-known in the Middle East, opening his first store in Dubai 14 years ago, so it is not a surprise that the first city he traveled to after travel restrictions in India were eased was Dubai.

Malhotra has visited many cities in the Middle East both for work and pleasure, including Riyadh and Bahrain, and told Arab News: “I am always wide-eyed with the beauty of the region.” So much so that for two years he designed a collection inspired by the region called “Zween.”

“Even my recent collection ‘Ruhaaniyat,’ though it borrows inspiration from the Awadh and Punjab regions, has defining elements from the Middle East. I suppose the beautiful culture of the Arab region has influenced me so much so that it has become my design signature.”

The collection was released through a digital film with Janhvi Kapoor making a special appearance. The young actress is a muse for the designer. (Her late mother, Sridevi was also a muse and close friend.)

Malhotra has presented two collections since the pandemic began and notes that COVID-19 has had an impact on fashion — with an emphasis on quality over quantity.

“People don’t want too much today, so the outfits that are versatile and seasonless will be in demand,” he said.

During his short break, shopping and eating out were a high priority but the designer also met some of his local VIP clients.

“The Dubai clientele is experimental and likes to try out new things, this allows me to explore more with my designs and I love that about here.”

He noticed that the brides he met still wanted that special outfit but there was a new attitude to dressing up.

“Today, the wearer has taken precedence over everything,” he said. “The occasion and season is more important than the trend and theme. It gives me so much joy to see the young girls and boys, confident of their style and aesthetics and really knowing what they like and want to wear.”

Malhotra celebrates 15 years of his eponymous fashion label this year. He also has his own beauty lines — and a home range is next on the list.

In addition, he has designed for the film industry for 30 years (“Rangeela,” “Jab We Met” and “Student of the Year” are among the movies he has worked on).

And during COVID-19 he used his voice to raise awareness about the plight of India’s craft workers — many are daily-wage earners.

Malhotra hopes to be back in the Middle East next year with his collection; pre-COVID-19 the designer was a regular part of flash retail events in the region. And he may return before that — he is considering coming back for New Year’s eve.

“I love the vibe here,” he said. “Its structure, infrastructure, and amenities — everything is so king-size here.”