It was on December 17, 2010 when a Tunisian street vendor, Mohamed Bouazizi, had set himself ablaze protesting against harassment by the local authorities. The incident soon led to a nation-wide protest in Tunisia, and subsequently engulfed neighbouring Arab countries in parts of West Asia and North Africa. The Arab world has since witnessed a number of remarkable developments, significant among them being the overthrow of four long serving dictators: Zine El Abidine Ben Ali of Tunisia, Hosni Mubarak of Egypt, Muammar Gaddafi of Libya and Ali Abdullah Saleh of Yemen. The events leading to the overthrow of these leaders were marked by protracted street protests, often leading to casualties and severe injuries among the protestors. 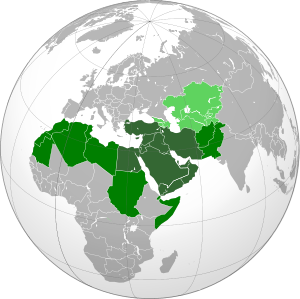 Apart from the dethronement of these despots, other important development that took place were the holding of elections in Tunisia and Egypt, the results of which has raised alarms in several quarters. People have voted in favour of the Islamist parties, preferring them over the liberals and the seculars. In Tunisia, the Ennahda Party, comprising moderate Islamists, has gained the highest number of seats, winning 89 seats in the 217 member assembly. The Tunisian president has appointed Hamadi Jebali, the Ennahda party leader, as the prime minister who will be leading a coalition with the liberal Congress for the Republic and the left-of-centre Ettakatol or Forum Party. Similarly, in Egypt, the results of the first round of elections have shown that the Muslim Brotherhood backed Freedom and Justice Party is gaining the highest number of seats. Though there are two more rounds of voting to go, it is clear from the first round itself that the Islamists are emerging as a major force. In both the cases, the parties gaining highest number of votes are the ones who were suppressed by the previous regime, whose activities were banned and leaders sent to exile. However, they managed to survive and have made a comeback by way of current electoral gains. The Islamists were also the only credible opposition to the autocratic regimes and were connected to the people.

The Gulf rulers, who have been anxiously watching the developments in North Africa – the fate of the despots and their regimes, beginning of the electoral process, participation of the people in the affairs of the state among others – should be drawing lessons to initiate reforms in their countries as well. It is time the Gulf rulers understood that money alone cannot buy people’s loyalty forever. They have maintained welfare systems by using huge amount of oil money to perpetuate their rule and have tried to pacify the protesters by pumping in more money. For them it is important to understand that that in this age of information and globalisation, people have aspirations transcending materialistic considerations, which may include participation in the affairs of the state, social and cultural freedom, free speech, free press, etc. The rulers need to adapt themselves with the changing times as the people may not wait for the much-needed reforms for too long. In countries where autocratic regimes have been overthrown, people may take to the streets again, as is happening in Egypt, if the aspirations of the people remain unfulfilled.

The socio-political environment in the Arab region has become even more sensitive as a result of the role played by the regional and major external powers in manoeuvring the protests to further their interests. Saudi Arabia has emerged as an influential player in the Arab Spring. Initially, Saudi Arabia had given shelter to Ben Ali and had thrown its weight behind Hosni Mubarak. After successfully dealing with protesters in its own territory, Saudi Arabia went on to suppress the protests in neighbouring Bahrain by sending its military. Also, it played a major role in the signing of the GCC initiative led by President Ali Abdullah Saleh in Yemen. Saudi Arabia was at the forefront of withdrawing diplomats from Damascus which was followed by some other countries of the region.

Turkey also has been making efforts to move closer to its Arab neighbours with the objective of strengthening its role and position in the region. The Turkish Prime Minister, Recep Erdogan, made an ‘Arab Spring Tour’ to Libya, Tunisia and Egypt in September 2011 trying to position Turkey as a model for these countries. Turkey may gain proximity with the Arab countries and its intervention may even be welcomed in the region, but how effective its role would be in the long-term remains doubtful.

Iran too has tried to capitalise upon the instability in the Arab streets by often supporting the protesters against the regimes. However, Iran was rebuked by Egypt, Bahrain and Saudi Arabia for meddling in the internal affairs of the neighbouring countries. It is to be noted that the sectarian tension between the Shias and Sunnis has further increased in the region and the Saudi-Iranian relations have touched a new low. While Iran termed the Saudi Arabian decision to send troops to Bahrain as ‘intervention’, Saudi Arabia, in turn, warned Iran to keep away from Arab affairs.

That the developments in the Gulf region were considered strategically and economically more important than North Africa was reflected in the approaches of the major powers and regional organisations towards the protests. The Arab League had initially suspended the membership of Libya, but later restored it in August. It also supported a no-fly zone and supported the rebels in Libya. The Arab League also suspended Syria’s membership and imposed sanctions on it. The Arab League, however, did not take similar actions in case of Bahrain and Yemen. The GCC criticised Gaddafi and Assad for repressions, killings, human rights violation, etc., but took a different approach towards protests in the Gulf region. Similarly, while the big powers at the UNSC differed over ways to deal with countries like Syria and Libya, their response to the protests in the Gulf has been, for the most part, muted.

The Arab countries where people have successfully overthrown the dictatorial regimes now face the daunting task of moving forward with democratic processes, economic development and institution building. And these challenges lay before a new set of elected democratic leaders with virtually no political experience of running a democratic system. The Arab Spring has opened up an opportunity for the people to choose their leaders in a democratic manner; and, at the same time, it has provided new leaders a chance to show their skills and set the future direction for their country.

The Arab Spring is undoubtedly a landmark development in the Arab history. Its full impact on the domestic and the regional politics is still to be seen, and a lot more could be coming in times to come. The Arab Spring serves as a lesson for the regimes who have survived the storm; and, an opportunity for the masses to shape their own destiny. Also, much depends upon the success of the promises made by the new political parties contesting elections and the surviving rulers who have assured their people of social, political and economic reforms.

Originally published by Institute for Defence Studies and Analyses (www.idsa.in) at http://www.idsa.in/idsacomments/TheArabSpringAYearLater_pkpradhan_231211