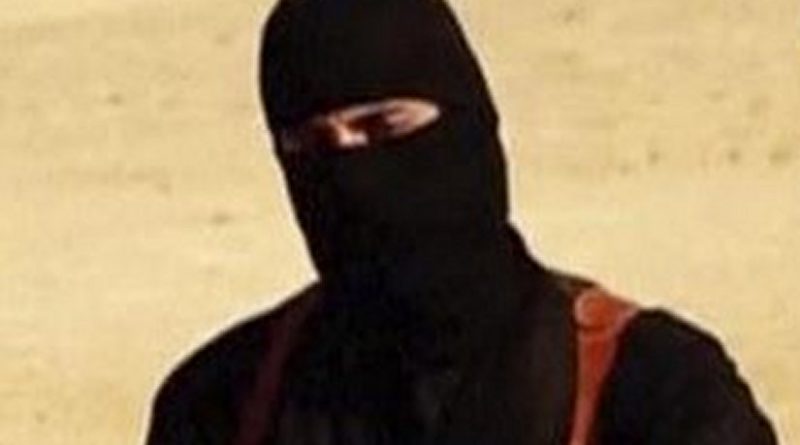 While the days of the Muslim Brotherhood are over, one expert says the February murder of 21 Egyptian Coptic Christians by ISIS has opened the door to an even wider persecution – one that’s gaining steam under new forms of Islamic authoritarianism.

Mariz Tadros, author and scholar on persecution in the Arab world, spoke at a conference last week in Rome, calling the gruesome beheadings “just the beginning.”

The murders, she said, have unleashed a new wave of both physical and economic persecutions against the country’s Christian minority.

“Following the beheading of the 21 Christians there were more assaults, physical assaults (and) murders of Ethiopians that didn’t appear as visibly in the press, but that basically showed a strategy of targeting Christians.”

Increased persecutions have also taken on an economic aspect, she said, explaining that Christians have begun to be exploited for economic interests.

At a time when everyone – Christians and non-Christians included – are suffering from a large “security vacuum,” the lack of a national condemnation for the beheadings and the absence of a zero-tolerance message for such acts “is very disconcerting,” Tadros told CNA.

Right now Islamist movements “are feeling very emboldened and are feeling that there is minimal accountability,” she said, so the silence only opens the door wider for extremist sentiments to take root.

Tadros, a fellow at the Institute of Development Studies at Sussex University in the U.K., was present in Rome last week for a Dec. 10-12 conference analyzing Christian persecution throughout the world titled “Under Caesar’s Sword: An International Conference on Christian Response to Persecution.”

In a Dec. 11 panel discussion Tadros presented research she had conducted on the state of persecuted Christian communities in Egypt, Libya, Israel, and Palestine.

Her presentation on Egypt and Libya focused primarily on the Muslim Brotherhood persecution unleashed by Mohammed Morsi in 2012, as well as the dangers of authoritarian governance.

A 2011 revolution, part of the Arab Spring, had overthrown Hosni Mubarak, a military officer who had been Egypt’s president since 1981. The following year Morsi, of the Islamist movement the Muslim Brotherhood, became the first democratically elected Egyptian president.

On July 3, 2013, Egypt’s military ousted Morsi, and in August began a crackdown on the Muslim Brotherhood. Violence then spread across the country, with Islamists killing hundreds of people from August to October. Churches were vandalized, burned, and looted, as were the homes and businesses of Christians.

In January 2014 the interim government approved a new constitution, leading to the May 2014 election of Abdel Fattah El Sisi as the country’s new president. The elections were boycotted by the Muslim Brotherhood as well as other political groups.

Since his election Sisi has been praised for receiving representatives from both the Orthodox and Catholics, as well as Protestants.

However, despite the fact that the situation has “officially” improved under Sisi, who has said and done the right things, many Christians are still persecuted, especially in the rural areas where they are very much a minority.

Most Catholics in Egypt belong to the Coptic rite, and most Christians in Egypt are Coptic Orthodox. Christians compose about 10 percent of Egypt’s population.

Many Egyptians, including Copts, travel to Libya seeking employment opportunities. Tadros explained that up until 2010 there were 350,000 Christians living in Libya, the majority of whom were migrant laborers from countries such as Ethiopia, Eritrea, Ghana and other African countries.

Of those 350,000 Christians, 300,000 belonged to the Coptic Orthodox faith, she noted, explaining that they had been well integrated into Libyan society and were not discriminated against until the rise of Islamist groups such as the Muslim Brotherhood and ISIS came to power, encouraging anti-Christian sentiments.

She cautioned against the dangers of a harsh authoritarian rule of any kind, but said that Islamic authoritarianism seems to be the worst form.

“All authoritarianism is bad,” Tadros affirmed, but stressed that the forms of Islamic authoritarianism that gripped Egypt in 2012 under Morsi’s rule and which have been seen by Hamas in Gaza and the rest of the occupied Palestinian territories, as well as in Iraq, Syria and Libya are “particularly disconcerting and worrisome.”

This, she said, is first of all because these groups base their Islamic governance on their own interpretation of Sharia law.

She clarified that this isn’t necessarily true for average Muslim believers, but “those who wish to organize politics and society along their lines of what they see as the right way to be ruled in alignment what they see as God’s laws.”

What this does, then, is that it “eats at the heart of the concept of equal citizenship that is not premised on gender, on class, on ethnicity, on religion” and creates a specific hierarchy in which Muslims are put at the top solely on the basis of being Muslims.

All other faiths, including Muslims who don’t share the radical, extremist ideals, become second-class citizens and are “denigrated, ostracized, demonized.”

With these type of authoritarian regimes, “anybody who expresses political dissent to the autocrat is wiped out” or subject to encroachment, she said, noting that this is especially true for women.

Throughout the Middle East and surrounding areas, “we have not seen a context…where people who rule in the name of Islamic Sharia have produced a system of government that increased women’s choices” or enhanced their rights, she said.

“At the very best they only eroded at some of it,” she said, explaining that women are often targeted for modesty, and told to cover themselves. In controlling a woman’s body, the regimes believe they are able to control society.

However, she also noted that while women under Morsi’s rule had been more singled-out in this respect, it was also the women who showed stronger individual resistance.

Even when faced with public humiliation and violence, non-Muslim women refused to wear headscarves or view themselves as immodest for wearing pants instead of long, flowing clothing. They would also educate their children on their beliefs at home, opposing the radical Islamic ideologies taught in schools.

When it comes to current minority persecution, particularly in Iraq and Syria, Tadros said that adopting the term “genocide” on an international level could provoke greater action on the part of world leaders.

While we show complete solidarity with the Yazidi community, who has so far seen the worst of ISIS’ wrath, “what we are doing here is not comparing who got the worst form of genocide,” but recognizing what is, according to definition, genocide for a fact.

Many UN officials and human rights organizations have recognized that what Christians are undergoing in Iraq and Syria does in fact amount so genocide, she said, so not to declare it as such would be saying two different things.

A second reason “is so we’re not accused of being Islamophobic,” Tadros said, adding that for her, this is “sheer hypocrisy.”

To officially adopt the term genocide, she said, “is important for recognition and then accountability afterwards, because if the acts are not recognized for what they are then how are we going to hold them accountable, either by illegal, moral or critical means thereafter?”

Home » Beheading Of 21 Egyptian Christians Was ‘Just The Beginning’