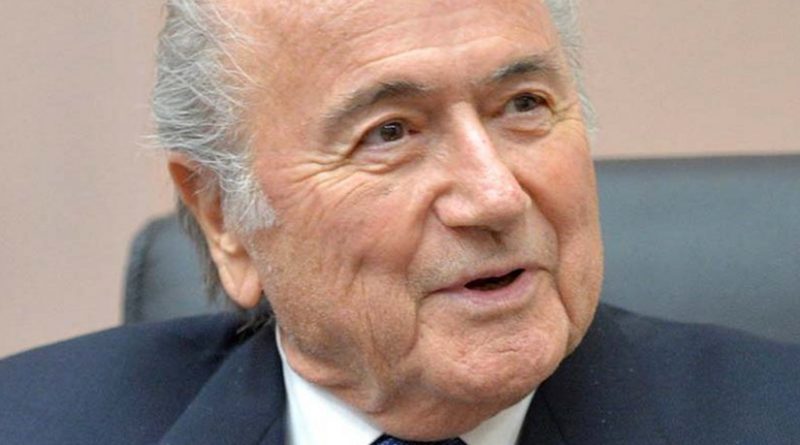 This is the sheer desperate nature of FIFA’s latest acts of cleansing and ostracising. The apparatus has been vested with various powers, and attempts have been made to do some brushing in the face of enormous criticism – and, let’s face it, arrests – that have made doing something, anything perhaps, imperative. The result, as it has proven before, is inconsistent.

Platini is a clear target here, having been feted as Blatter’s successor. Having been a footballer’s footballer, he became the obvious target of opprobrium, having gotten first class tickets on FIFA’s gravy train bonanza.

The FIFA ethics committee, in finding the two guilty for breaches surrounding the CHF 2m “disloyal payment”, also claimed that Platini and Blatter had demonstrated “abusive execution” in their positions. That payment, authorised by Blatter, supposedly took place in 2011, and went to Platini from FIFA funds.

It had no legal basis in the original written agreement signed between both officials on August 25, 1999, which was a rather nice way of saying that it was not quite a bribe. In that sense, it fell within the provisions of Article 21, paragraph 1 of FIFA’s code of ethics. But Platini insists that the payment was salary for consultancy work he carried out at FIFA between 1998 and 2002 under a gentleman’s understanding with Blatter.

In the wording of the Ethics Committee, chaired by that least reliable of ethicists, Hans-Joachim Eckert, it was claimed that, “Neither in his written statement nor in his personal hearing was Mr Blatter able to demonstrate another legal basis for this payment. His assertion of an oral agreement was determined as not convincing and was rejected by the chamber.”

Platini received an eight year ban regarding all football related activities and a fine of CHF 80,000. Ditto Blatter, who remains unrepentant and, one might even say non-cognisant of his own behaviour. “Blatter,” observed Tracey Holmes, “cannot understand or accept how an organisation to which he has dedicated half his life and now runs can toss him aside.”

And what a time he has had. As Michael Powell would explain in The New York Times, “His professional life was magnificent: so many hours spent in grand hotels, eating grand meals and sipping grander wines, with an annual salary estimated as north of $6 million.” Then came those “Visigoths” in the form of financial investigators from the US and Switzerland to burst the bubble.

Blatter’s issues with the ethics committee are manifold. For one, he created the body as a front of modest, and disingenuous reform. Being his creature, he expected it to do his bidding, endorsing facets of conduct while occasionally ticking off the less severe elements within the organisation. “I want to talk about betrayal,” he told gathered members of the media in Zurich on Monday. “Today, first of all, I was very sad. But not anymore. Now I am fighting.”

Both have denied the claims made against them, and will appeal the rulings, with Platini explicit about taking his matter to the FIFA Appeals Committee and the Court of Arbitration for Sport. Even now, he still entertains the notion that he might nab the FIFA presidency in the special election scheduled to take place on February 26. Given that the appeal is unlikely to be resolved before that date, his chances are slim.

UEFA has also shown caution in throwing in its lot against Platini. There is honour amongst thieves after all and a vast gulf between football governance and the players on the field. “Naturally, UEFA is extremely disappointed with this decision, which nevertheless is subject to appeal. Once again, UEFA supports Michel Platini’s right to a due process and the opportunity to clear his name.”

The exercise by the ethics committee is a delightfully contorted way on FIFA’s part of saying that the duo went too far in executing the remit of their positions. As the French statesman Charles-Maurice de Talleyrand-Perigord warned: Above all, not too much zeal. Such matters do not merely apply to the making of war.

Punishments being meted out by FIFA’s otherwise inactive and far from independent ethics committee have tended to be of a minor sort. But these actions suggest the heavy hand of the US Justice Department and associated agencies. The disease that is FIFA, however, remains. The body continues to decay, and fresh blood remains a distant reality.