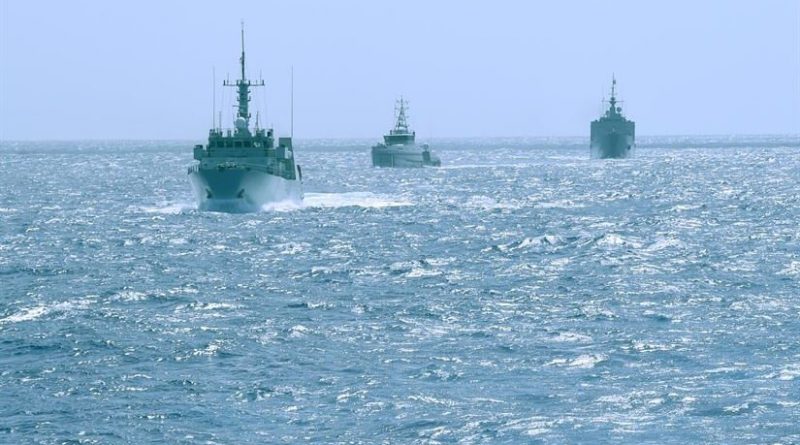 The large scale adoption of naval autonomous technologies is still many years, if not decades, away from reaching fruition. Nevertheless, there is an emerging consensus that naval autonomous systems (both combat and non-combat modules) will be gradually inducted by advanced navies the world over, both for strategic and competitive reasons as well as for rationalising their burgeoning manpower costs.

Sooner or later, the international legal fraternity and the policy communities would have to arrive at a consensus on negotiating the ethical and human dimensions of deploying autonomous weapon platforms, which would include sea-based unmanned systems.

Contrary to the popular perception that naval autonomous weapon systems are entirely novel platforms slated for future induction in navies, the reality is far more complex and nuanced when approached from a historical perspective. Semi-autonomous naval technologies have treaded an evolutionary path, performing both lethal and non-lethal tasks over many decades. For example, ‘fire and forget’ torpedoes have been used as attack weapons against submarines.

Other services of modern militaries have more successfully adapted these technologies and mainstreamed them into their operational doctrines. The coalition counter terrorism missions in Afghanistan, Pakistan, Yemen and Somalia over the past decade is a case in point. Other air forces have been successfully deploying armed Unmanned Aerial Vehicles (UAVs) and unarmed versions of similar platforms in increasingly complex combat missions.

Such missions involve firing missiles on ground-based targets and engaging in more intrusive Intelligence, Surveillance and Reconnaissance (ISR) missions in combat zones. Taking a cue from the success achieved by their counterparts in the air force, navies are increasingly interested in deploying drone technology in the maritime theatre.

As and when these autonomous technology platforms enter the naval domain, the ‘stealth’ and ‘autonomous’ decision making features (Artificial Intelligence (AI) driven robotics) of these drones/weapons platforms have profound strategic ramifications for the future of naval warfare. Specifically, autonomous systems could play a pivotal role in performing the following strategic manoeuvres at sea:

Mine Countermeasures (MCM):
Today, most mine countermeasures in strategic choke points in the open seas would have to be undertaken by surface ships and minehunter vessels. As Anti-Access/Area-Denial (A2/AD) and sea denial strategies assume salience, autonomous systems could dramatically tilt the strategic balance in favour of those navies in possession of such advanced technologies.

Anti-Submarine Warfare (ASW):
ASW is accomplished by deploying attack submarines monitoring littoral shores, frigates, helicopters on board aircraft carriers and high tech airborne maritime surveillance aircraft. The US Defence Advanced Research Project Agency (DARPA’s) futuristic anti-submarine unmanned vessels would enable the US navy to conduct long duration submarine tracking in hostile littoral environments. Nuclear attack submarines that are suited for ASW could be deployed elsewhere in seas far from the home base, while the ASW role is assigned solely to autonomous systems.

Intelligence, Surveillance and Reconnaissance (ISR):
Patrol vessels and surveillance aircraft are the primary assets which are deployed by navies to collect intelligence and monitor the maritime domain. They are useful in extracting an accurate picture of the battlespace during war time and enhance domain awareness during peace time.

Autonomous platforms gather real-time 24 x 7 intelligence and perform instant data analysis to sense threats before they materialise. Moreover, they provide ‘actionable’ intelligence to surface ships, which are then able to engage with the threat. Moreover, autonomous systems drastically improve the range of sonar equipment, thus contributing to assured surveillance at sea.

Sabotage/Subversion:
Stealth drones sabotage communication links by targeting and damaging undersea communication cable networks which carry the bulk of global communications. They are designed to launch attacks on enemy navies in the open seas without detection. The ‘Stealth’ capabilities of navies would see a huge boost and serve as a force multiplier in future, by facilitating deep-water maneuvers in the ocean beds close to enemy littoral waters.

When evaluating the efficacy of naval autonomous platforms, it is pertinent to assess the unique ‘strategic effects’ of autonomous technologies. Do autonomous systems decisively outperform their manned counterparts in a sea-based confrontation with an adversary? In the absence of demonstrable benefits in the form of an exceptional leap in strategic advantage stemming from superior technology, innovative operational concepts/Command and Control (C2) and substantial reduction in the cost of ‘manning’ these systems, such technologies could end up as costly showpieces.

All in all, unless a vast network of autonomous naval assets are deployed in the air, on the surface, just below the surface, underwater and in the deep ocean beds and the manpower costs involved in operating these systems are estimated with a fair degree of accuracy, they may not be able to deliver the stealth required to deter potential enemies.

In this regard, navies could learn a lot from their land and air counterparts about the efficacy of these new technologies and their application for strategic purposes. As with all such strategic technologies, while bolstering deterrence at sea, autonomous technologies are more likely than not to simultaneously render a veritable jolt to strategic stability, fuelling a new arms race at sea.

*Ramesh Balakrishnan is currently pursuing the MSc. (Strategic Studies) programme at the S. Rajaratnam School of International Studies (RSIS), Nanyang Technological University, Singapore. He was previously a Research Intern in the Cyber and Media Initiative at the Observer Research Foundation, New Delhi.