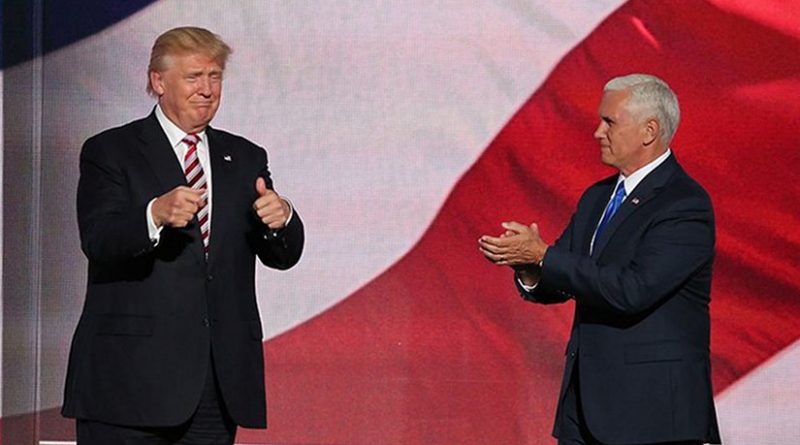 As by its fruit you will recognize the tree – as the Gospel reads, by his/her collaborators you will recognize the political leader. The government formed by the President-elect, Donald Trump, include few representatives from the Republican Party, yet another confirmation of the decline and fall of the parties in the West – a structure which, however, will be reborn under other forms. It also includes many military, particularly those most tacitly irritated with Obama’s policies, and many super-rich people.

The only strange presence in Trump’s Cabinet is the Chairman of the Republican National Committee, Reince Priebus, as Chief of Staff.

Hence if the government is in elites’ hands, hence political elites still count.

However, with a view to better understanding the structure and the future decision-making of Donald Trump’s Presidency, we need to delve into the personality of those appointed before January 20, 2017, the date on which he will be sworn in as President.

Michael Flynn who, by no mere coincidence, has been the first of his collaborators to be appointed, will be the Head of National Security.

Flynn has a complex personality: born in 1958, at the end of his career in the military, he was Director of the Defense Intelligence Agency until August 2014.

It is the primary military foreign intelligence Agency, which supposedly has approximately 17,000 people operating abroad, of whom over 65% are civilians.

Flynn was also assistant Director of the National Intelligence, as well as senior officer of the Joint Special Operations Command.

Nevertheless he had to retire when he stated, also within the Administrations, that America was less safe than before 9/11 and that President Obama’s narrative of an Al Qaeda virtually reduced to nothing was false and dangerous.

However the real break with Obama’s Presidency took place when Flynn criticized the slow pace with which Obama wanted to support the anti-jihadist opposition in Syria, thus de facto favouring the growth of Al Nusra Front and of many other jihad small groups – in fact, they just had to fight against the “tyrant” Bashar al-Assad.

Again in the field of intelligence, which rightly ranks first in Trump’s thoughts, unlike our funny rulers who use it for their internal struggles, the President-elect Trump has appointed the Republican Congressman, Mike Pompeo, as CIA Director.

Having clear Italian origins, he is still a member of the Tea Party Movement within the Republican Party and he is also Kansas representative.

He is the usual lawyer, just to reaffirm the witty remark by Alexis De Tocqueville according to which America is a country dominated by lawyers.

He graduated from Harvard Law School where he was an editor of the Harvard Law Review, but he had previously enrolled at the West Point US Military Academy, where he graduated first in his class. While serving as cavalry officer, he patrolled the Iron Curtain before the fall of the Berlin Wall.

His last military assignment was during the Gulf War.

He has promised to the President-elect of “rolling back” the nuclear agreement with Iran.

Trump rightly knows that nuclear control is essential for any country’s power projection, while we made our excellent nuclear system be taken away through a miserable referendum in the hysterical wake of the Chernobyl events, which had nothing to do with nuclear power but much with the self-destruction of the Soviet system.

The fraud lay in the way and, above all, in the timing.

Furthermore, however, referendums on complex issues having great national relevance must never be held. This applies also to the next reform of the Constitution.

Along with Mike Pompeo, another politician, Jeff Sessions, has been appointed as Attorney General.

He served as Attorney for his home State, namely Alabama.

Certainly Trump has selected him because he was the leading Congressional opponent of illegal immigration.

Supporter of the war in Iraq, he introduced legislation to increase the death gratuity benefit for families of servicemembers to 100,000 US dollars. He is advocate of the most restrictive laws on drug use and believes that sanctity of life begins at conception – which would be obvious, but for many people it is no longer so.

He does not believe – and rightly so – in the rhetoric of climate change, which is the wrong extension, over time, of the particular trends of a climate phase. A mathematical error, over and above an ecological one.

Reince Priebus, the Head of the Republican Party, has been appointed as Chief of Staff.

Let us see why the Chairman of the Republican National Committee who abhorred Trump’s candidacy from the beginning was appointed to such an important position by the first victim of the Party, namely the new President.

Reince is an attorney and an American politician, the Chairman of the Republican National Committee.

Son of a father of German origin and of a mother of Greek descent, he did not graduate in Law directly, but he previously majored in English and Political Science.

In politics, he tried to reconcile the Tea Party Movement with the majority line of the “old” Republican Party and, before this policy being used by Trump as a winning strategy, he had set the goal of transforming the Party to be a force “from coast to coast” and no longer considering the losing logic of approaching electoral politics from a Red Democratic and Blue Republican State perspective.

A party united even with the Tea Party movement and the traditionally conservative fringes, in line with the current Republicans’ policy.

Stephen Bannon has been appointed as Chief Strategist and Senior Advisor to Trump’s Cabinet. He was executive Chairman of an important website in the American political debate, www.breitbart.com, which has offices in California, London, Jerusalem and Texas.

It is a usually well-informed website, which often deals with issues such as national security and “big government”.

Stephen Bannon is a businessman who has always worked as media executive and became chief executive officer (CEO) of Donald Trump’s election campaign.

In the United States Breitbart has always been considered a “far-right magazine online”, but in fact it appears as a well-informed conservative website.

His current post as Chief Strategist and Senior Counselor for Trump’s Cabinet has a very wide scope which, however, can guide and direct also the other members of the inner Cabinet.

Bannon had started his career in the Navy, by becoming special assistant to the Head of operations in the Pacific region.

In particular, he negotiated the sale of Castle Rock Entertainment to Ted Turner.

In 1998, Bannon and Co. was purchased by Société Générale.

Later he produced as many as 18 movies in Hollywood, including a documentary film about Ronald Reagan and he adhered to the Tea Party – yet another member of this movement in Trump’s team.

It is worth recalling that the Tea Party is a movement born in 2009 to defend free market and traditional American freedoms. It harshly criticizes excessive taxation in the country.

Bannon also founded the Government Accountability Institute, which monitors and checks the US governments’ efficacy in implementing the programs announced during the election campaigns.

Later he embarked on the adventure of the website Breitbart.

Trump has appointed him because he wants an integrated communication of his policies, which will be very different from the current US ones, especially as regards the relationship with NATO, which shall be balanced between Europe and the United States, as well as communication about and against the Islamic world.

But the true leader of Trump’s White House team is his son-in-law, Jared Kushner, the owner of Kushner Companies, who publishes the weekly New York Observer.

Like Trump, Jared Kushner has continued his father’s profession as real estate developer.

During the election campaign of his father-in-law, Donald Trump, he was the architect of his digital, online and social media campaigns. He is believed to be responsible for the choice of Governor Mike Pence as Vice-President – in short, he was a perfect advisor for Donald Trump in all the phases of his election campaign.

He will probably be the real insider of his father-in-law’s government. Meanwhile, the White House rooms and kitchens have already been equipped for the kasherut.

The 45th President of the United States has two primary foreign policy goals: to gradually leave Europe to its fate and mend the relationship with Putin’s Russian Federation.

The new Secretary of State, Rex Tillerson, the CEO and Chairman of ExxonMobil is a personal friend of Vladimir Putin and Suchin, the Head of the former KGB members who have had a career in the Kremlin.

He has signed an agreement to explore and develop oil fields in Kurdistan, even against the Iraqi law, and he is a friend of the Iraqi Kurdistan’s leaders.

He has openly spoke against sanctions on Russia and has strongly supported the trade agreement with the Pacific region (TPP). He is also a prominent member of the Center for Strategic and International Studies (CSIS).

He is the man of the great thawing of relations with Russia, the axis of Trump’s next foreign policy, which is counterbalanced by rigidity vis-à-vis China that will probably lead to new agreements on monetary and financial exchange between the United States and China.

The other people appointed are technocrats (with similar political ideas): Tom Price, an orthopedic surgeon from Georgia, responsible for Health and Human Services; the millionaire Wilbur Ross, who advocates customs duties for China, as Secretary for Commerce; Betsy DeVos, education activist known for her advocacy of school free choice, as Secretary for Education; Nikki Haley, the Governor of South Carolina, of Indian origin, as Ambassador to the United Nations; Ben Carson, a black surgeon coming from a poor family, as Secretary for Housing and Urban Development. Probably other technocrats will be later appointed.

A government created to last, which really represents the professionals of the best “civil society”, as we call it – unlike “I Moribondi del Palazzo Carignano”, just to use the beautiful title of the memoirs of one of the first members of Parliament of the Kingdom of Italy, Petruccelli della Gattina.

It should be a model also for Italy.