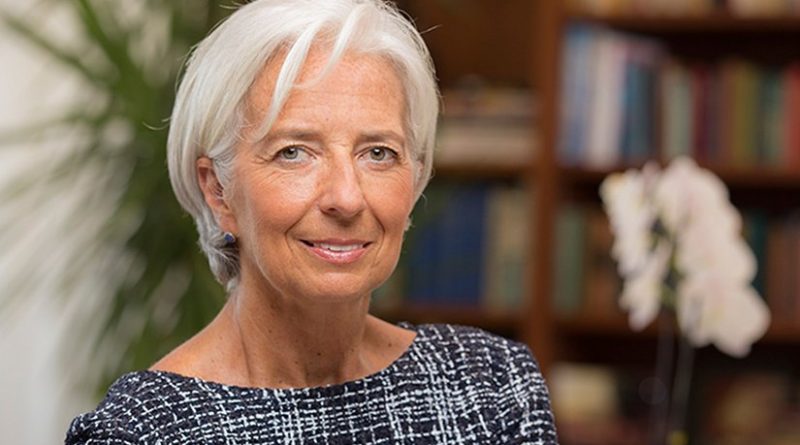 Despite significant market turbulence in the beginning of this year, there are reasons to remain cautiously optimistic about the trajectory of the global economy throughout 2016 and beyond. This was the consensus of panellists at the World Economic Forum Annual Meeting, against the backdrop of very low oil prices and bond yields, as well as handwringing about the effect of the Chinese economy on markets and fears over the divergent monetary policies of the United States, Japan and Europe. Overshadowing Europe is the potential Brexit.

These downside risks include the profound transition of the Chinese economy, lower-trending commodity prices as a result of oil prices and asynchronous monetary policies around the world. Lagarde said the global economy is presenting a “completely different picture that is changing.” This is due to growth in India and China and a downturn in Russia and Brazil. She pointed to the financing for development agreement reached in Addis Ababa, the Sustainable Development Goals and the Paris Climate Agreement (COP21) as significant events that will result in “changes in our economies”.

Europe’s economy is in better shape at 1.5% growth, but Lagarde pointed to two major concerns: potential Brexit and the refugee crisis. “If the refugee crisis is handled well and the integration process is conducted in a cohesive and organized way, it will be an upside for growth,” she said.

The United Kingdom has been a bright spot in an otherwise gloomy European Union context, said George Osborne, Chancellor of the Exchequer and First Secretary of State of the United Kingdom. “We are the fastest growing of the advanced economies, with record labour participation and low unemployment,” he said. The United Kingdom’s challenge is its call to reform the EU. “What we are seeking is reforms for all of Europe,” he said. “We want a more competitive Union.”

Osborne said that, within his party and among citizens, there will always be those who want to leave the EU. He noted that the reforms Britain is seeking are very significant. “I am optimistic we will get a deal for Britain and for the EU,” he said. “I want our continent to be a source of innovation, growth and jobs. If people see we are delivering that change, they will want to stay in a reformed EU.”

Another bright spot on the global stage is India, with 7.5% expected growth. However, people are still living in poverty, said Arun Jaitley, Minister of Finance, Corporate Affairs and Information and Broadcasting of India. “We need a high growth rate sustained over a long period of time,” he said. Oil prices have been helpful in sustaining the country’s growth, but shrinkage of exports is a concern. The government has a list of high-priority reforms, including tax reform – including a lower goods and services tax – and bankruptcy law

One main reform remains “a work in progress”, which is ease of doing business. Jaitley pointed to India’s culture of innovation and said the government plans to support start-ups with tax breaks, funding and a no-interference policy.

Japan’s economy grew 1% to 1.5% in the current fiscal year. The corporate sector reported high-level profits, the labour market is becoming tighter and unemployment is at just 3%, according to Haruhiko Kuroda, Governor of the Bank of Japan. The inflation rate remains at zero, but the economy has been making a moderate recovery. “We will expect this growth to continue for some time and inflation could improve substantially once oil prices start to bottom out,” he said.

The world has changed a lot since the financial crisis in 2008, said Tidjane Thiam, Chief Executive Officer, Credit Suisse, Switzerland, a Co-Chair of the World Economic Forum Annual Meeting 2016. “There is no worry about contagion risk with banks,” he said. “This is a huge tick for the central banking system. Look at our total capital; we will be holding $4 trillion. Even if there is a good degree of commotion, the system can withstand it. We can look forward to a normalized environment.”

The worst start to any year on the record of financial markets three weeks into 2016 was driven by several factors, including fears about a hard landing for China. “The market is very worried about China,” Thiam said. “We believe China will have a soft landing.”

There was consensus that the markets had “overreacted” to China. Lagarde said the transition of the Chinese economy, moving from industry to services, from exports to the domestic market, and from investment to consumption is a massive undertaking. “We forecast China to be at 6.8% growth in 2015,” she said. “For those who pretend to be surprised, it was expected … this is a good way to facilitate the transition.”

Martin Wolf, Associate Editor and Chief Economics Commentator, Financial Times, United Kingdom, commented: “The basic lesson is not to be worried about markets; we have some big issues, but the United States, Europe and China look okay and they are the core of the world economic system. So, it should be alright – cheer up.”