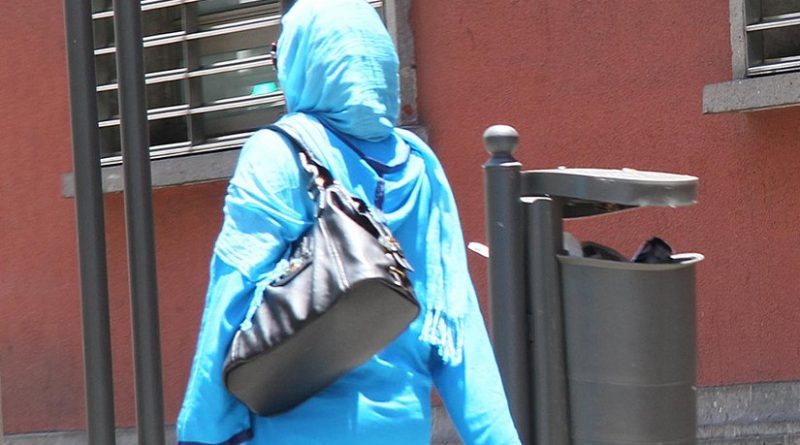 A few years ago in Aceh, a poster was put up by the Islamic Sharia Department in Banda Aceh of the communications and information agency office, stating:

“A woman whose strand of hair is seen deliberately by a man who is not her husband will be punished by 70,000 years in hell. One day in the afterlife is equivalent to 1,000 years in this world. A woman who enters hell will draw in with her two of her menfolk: her father, her brothers, her husband or her son. This is how terrible the punishment is!”

I received a photo of the poster through one of my WhatsApp groups and shared it with friends. One of them, Harry (not his real name), hilariously pointed out the absurdity of it all.

“What? Do radicals see women’s hair as pubic hair, and are hijab underpants for women’s heads?” he asked incredulously, referring to the headcover worn by Muslim women in Indonesia.

Harry added, to his knowledge, there is nothing in the Quran about women’s hair. “What’s written on the poster is a 1,000 percent deviant!” he exclaimed.

It’s also a mind-crushingly asinine, idiotic and imbecilic fantasy based on nothing but an overly fertile, sick and twisted imagination!

Lucky for him, Sinta Nuriyah, the widow of Abdurrahman “Gus Dur” Wahid, Indonesia’s fourth president (1999-2001), known for his liberal and often eccentric views, corroborated Harry’s view. Like many respected ulema before her, she stated recently that it was not obligatory for Muslim women to wear hijab. The statement of Bu Sinta, 71, a well-respected figure in the prodemocracy movement, went viral.

Bu Sinta pointed out that she always tries to interpret Quranic verses contextually, not textually. She conceded that many Muslims misinterpret the Quran because it has gone through many interpretations, including by those who have their own personal agenda.

It’s also a matter of deliberate distortion, which has reached alarmingly ridiculous proportions. The poster in Aceh is just one example; there are many others, for example, related to circumcision for girls, child marriage, polygamy, mut’ah (temporary marriage, in fact, thinly veiled prostitution), marital rape, violence against women, notions of halal and haram, prohibition to wish Christians a merry Christmas, the trigger-happy way some Muslims accuse others of being kafir (infidels), teaching kids intolerance, and even the abuse of Islam to protect corruption and to scam people by using (or misusing) the sharia label.

It’s part of what I see as being a three-pronged phenomenon across the nation: one, creeping radicalization and intolerance; two, public duping by distorting Quran verses or just making things up that have no basis at all in sharia, Islamic fiqh (jurisprudence) or hadits (the Prophet’s sayings); and three, a kind of moral panic meant to distract from the real issues people face that obviously differ from region to region.

Remember the Chernobyl nuclear and radiation disaster in 1986 in what was then the Ukraine Soviet Socialist Republic?

The ongoing deliberate distortion and manipulation of Islam by a bunch of ignoramus radicals could be said to be Indonesia’s Chernobyl. In fact it’s worse, because it’s not an accident but deliberately engineered — not just by radicals but also by mainstream politicians taking advantage of it to support their political agenda. Notions of sharia and halal are also being commercialized, where even fridges can be labeled halal.

The “system” — if you can call it that — is rotten to the core. It’s a deliberate fabrication of toxic and evil lies intended to control the minds of many young Indonesian Muslims and turn them into mindless zombie robots that eschew any form of logic or true knowledge of Islam and Islamic history.

Radicals ultimately want Indonesia to become a caliphate. On YouTube, an “influencer” known as Ustad Haikal Hassan, explains that the caliphate system is an ideal political system that we should aim for. Unfortunately, he says that the caliphate concept is not used by Muslims but by Europeans and it is now the basis for the European Union. What?? Talk about being utterly clueless about what both the EU and a caliphate are!

Since the beginning of the Reform Era in 1998, Indonesian Muslims have become more and more conservative, abiding by (mis)interpretations of text rather than going by the spirit of Islam that embodies peace, mutual respect and love.

But now, over 20 years into the Reform Era, I reckon we are now in jahilliyah (age of ignorance) of Islam in Indonesia, which thrives on hypocrisy, greed and ego and power-driven motives. Radicals so easily point their fingers at others accusing them of blasphemy, when in fact it is they who are committing blasphemy — of the worse kind because it’s done with evil intent.

Islam, born in the seventh century, was intended as an “antidote” to Arabia, which was then considered an age of jahiliyah. So, it’s a pretty ironic state of affairs that we have become what we once fought against.

In relation to the pressure to wear a hijab (though many wear it voluntarily), women are starting to fight back. Many now see it as part of the Arabization of Indonesia and of the caliphate-pushing radical agenda.

Late last year, Indiah, a friend who has been wearing the hijab since 2003 after she went on the haj, told me she was planning to unveil herself in 2020.

She is also one of the proponents of the Selasa Berkebaya (Kebaya on Tuesdays) movement, kebaya being a blouse usually worn with a batik sarong, considered the Indonesian traditional costume.

A young progressive ustad known as Gus Miftah (Miftah Maulana Habiburrahman) recounts how his wife now no longer wears the hijab. She wore it for almost three years, especially when accompanying her husband. One day, he suggested that she take it off “to save Indonesia from the raging influence of Arabic culture”.

She was pretty happy about it, as she didn’t wear the veil before marrying him. Gus Miftah is now the only ustad whose wife doesn’t wear a hijab. You can imagine the bullying they both received, but they stood their ground.

In relation to Ibu Sinta, some women activists have respectfully asked: Why doesn’t she take off her headcover, even though it’s not a hijab, but it’s still a headcover. Ayo Bu Sinta, just do it! You’d go triple viral!

The writer is the author of Julia’s Jihad

Home » Give Me Religion That Does Not Polarize Society – OpEd

By Jeff Seldin The U.S. Senate is due to hold a final confirmation vote early Friday on retired Gen. Lloyd Austin,

Domestic Terrorism And The Attack On The US Capitol – Analysis