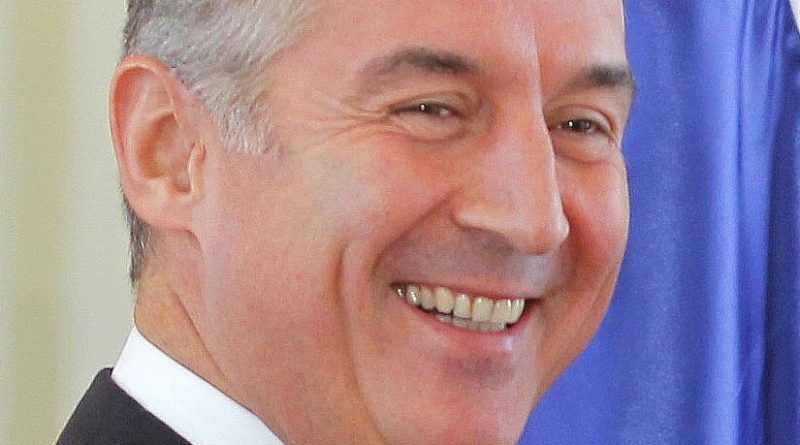 Several thousand protesters marched in the capital, Podgorica, calling for the country’s long-time leader, Milo Djukanovic, and other government and judicial officials to quit.

Civic activists supported by most opposition parties in Montenegro have kept up the pressure on the government, demanding the resignation of the country’s top leaders, starting with President Milo Djukanovic, and focusing on alleged corruption in their ranks.

The crowd marched through the capital, Podgorica, on Saturday chanting, “Milo thief” and carrying banners reading: “No more crime,” “Rebellion” and “We are the state”.

They accuse the country’s long-time leader, President Djukanovic, who has held power for almost 30 years, of presiding over poverty, a loss of human rights and media freedoms and systematic corruption.

Actor Slavisa Grubisa addressed the crowd, saying that the protests are spurred by the ruling DPS party: “They forced us to take to the streets”.

Beside Djukanovic, the protesters demanded the resignation of the Supreme State Prosecutor, Ivica Stankovic, and the chief prosecutor for organized crime Milivoje Katnic.

They accuse senior law officials of ignoring evidence and not prosecuting manifest corruption in the ranks of Djukanovic’s inner circle.

The protesters marched by the Montenegrin broadcaster, RTCG, and demanded more professional and fair reporting.

Saturday’s protest was the third in a row and following the revelation of footage and documents that appear to implicate top officials in obtaining suspicious funds for the President’s ruling party, the Democratic Party of Socialists, DPS.

A video clip from 2016 surfaced in January which showed Dusko Knezevic, chairman of the Montenegro-based Atlas Group, appearing to hand the then mayor of Podgorica, Slavoljub Stijepovic, an envelope containing what Knezevic later said was $100,000, to fund a DPS election campaign.

Knezevic, who is believed now to be in London, has told the media he had been providing secret cash to the DPS for the past 25 years.

Some saw this as the first concrete confirmation of something that has long been an open secret in Montenegro.

The DPS and Djukanovic have denied wrongdoing, insisting that all donations to the party are recorded in the party’s financial records.

The authorities have since gone after Knezevic, until recently close to the ruling elite, who now faces charges of money laundering.

Another video that Knezevic released late in January and February showed a senior central bank official asking for a bribe not to send inspectors into one of Knezevic’s banks.

Knezevic has also released documents that he claims prove that he helped finance Djukanovic’s lavish travels abroad in five-star hotels and covering his personal expenses.

The organizers of the protest also said the aim is to fight “collective amnesia” in the country after so many other corruption affairs passed without prosecution.

Montenegro has been a NATO member since July 2017 and is a candidate for EU membership.

But its government is often accused of not doing enough to tackle organised crime and corruption.

Brussels has demanded more concrete results in the fight against corruption at a high political level as one of the main conditions for it making progress towards joining the EU.