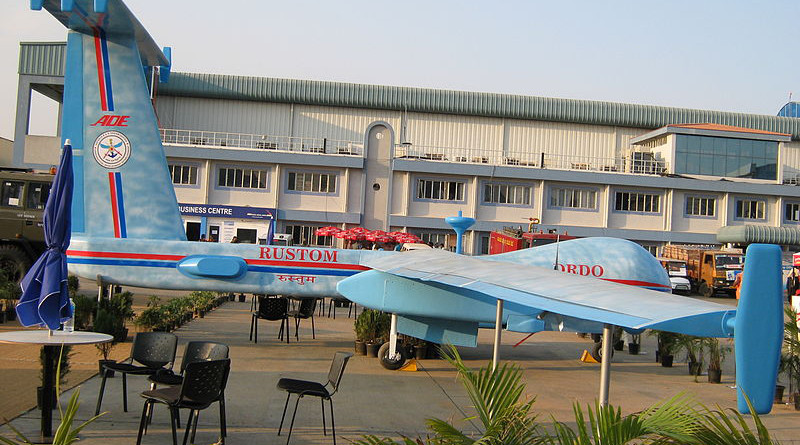 Intelligence, Surveillance and Reconnaissance (ISR) per se are not a new concept and have existed since early time of wars depending upon their need and utility in a particular event. For hundreds of years the intrinsic value of ISR remained unchanged, yet the character has considerably evolved. Within the South Asian context, India is fast keeping up with the evolving technological advancements. One of the major requirements of the Indian armed forces is maintaining and strengthening its Intelligence Surveillance and Reconnaissance (ISR) capabilities. This is the reason that India is actively looking for foreign ISR capabilities while simultaneously working towards indigenized ISR capabilities. In fact, in 2017, Indian Army Chief Gen. Bipin Rawat realised the need for indigenized ISR capabilities.

States need sophisticated and advanced ISR capabilities for conventional and nuclear deterrence to prevail, both in the times of peace and war. A state cannot win a battle without the right knowledge of enemy’s capabilities and whereabouts. Peacetime information gathering allows for a vantage point deterring the adversary from engaging into a conflict. Hence conflict avoidance is a highly probable by-product here coupled with a cut above preparedness for future challenges. However, information can only be gathered with the help of surveillance and reconnaissance. Being prepared during peacetime in all aspects enhances a state’s operational readiness for wartime especially when it is integrated with command and control along with communication. This explains India’s focus on enhancing its ISR capabilities. Availability of battlefield intelligence in the real-time will provide India the capability to read the current situation, broadly define the future course, assess the difference between the two, and envision major actions that link them.

An Indian Multi Agency Centre and National Intelligence Grid play an integral role in synergizing intelligence. India’s ISR capabilities include space-based ones like INSAT, Indian Remote Sensing Satellite, Radar Imaging Satellite, aerial ones like UAVs that include Lakshya, Nishant, Kapothaka, Puma to name a few, and aircraft and helicopters and Airborne Early Warning Radars and Control Systems (AEWACS).Heron UAV of the Air force has also been assigned the task of intelligence and surveillance. Ground based ISR capabilities include Daksh, a remote ground sensor. The Regiment of Artillery is using the Israeli assisted Searcher for Surveillance and Target Acquisition (SATA).

India signed an agreement with US in year 2018 named, Communication Compatibility and Security Agreement (COMCASA) trying to procure armed Sea Guardian Drone or Predator-B drone for effective intelligence, surveillance and reconnaissance. Predator-B is not only capable of information gathering but can also fire “Hell Fire” missile and smart bombs. It is capable of flying at high altitude, with jamming proof systems like protected GPS, IFF (identification of friend or foe) receiver and has the ability to re-arm as well. Besides, Predator-B, India is also in the process to acquire missile armed Heron TP drones from Israel worth $ 400 million. Fleet of Harpy UAVs is also part of Indian inventory. Harpy technology is also acquired from Israel but is not equipped with missile. To counter India drone UAVs technology Pakistan has also made its indigenous drone named Burraq, capable of firing laser guided missile. Moreover, Pakistan plans to buy 48 armed Chinese Drones, Wing Long II, after the COMCASA and S-400 deal.

India has been employing its drone’s technology for intelligence and surveillance purpose across the LoC violating the air space. In January 2019 Pakistani troops had shot another spy quad- copter in Bagh sector along the LoC and in March 2019 according to the ISPR, the army had shot down a quad-copter in Rakhchikri Sector along the LoC when it came 150 meters inside Pakistan. There have been regular and increasing violations from Indian side. Most recent intrusion by Indian quad-copter violating Pakistan’s airspace took place in Sankh Sector along the Line of Control during the first week of April 2020 where it intruded 600 meters inside Pakistan’s territory for conducting surveillance.

The growing competition in ISR capabilities and Information warfare compels Pakistan to venture into dual use remote sensing satellites and designated military satellites, to not only have real time intelligence but to increase the endurance and range of its drones as well. No doubt Pakistan has made substantial progress in developing the ISR capabilities but the strategic elites in Pakistan are still skeptical. Lagging far behind, Pakistan needs to bolster its efforts to develop sophisticated ISR technology infrastructure to counter India’s ISR capabilities. ISR capabilities are the vital apparatus that increases the chances of victory multifold.

*The writer is working as Research Affiliate at Strategic Vision Institute Islamabad, a nonpartisan based out of Islamabad.