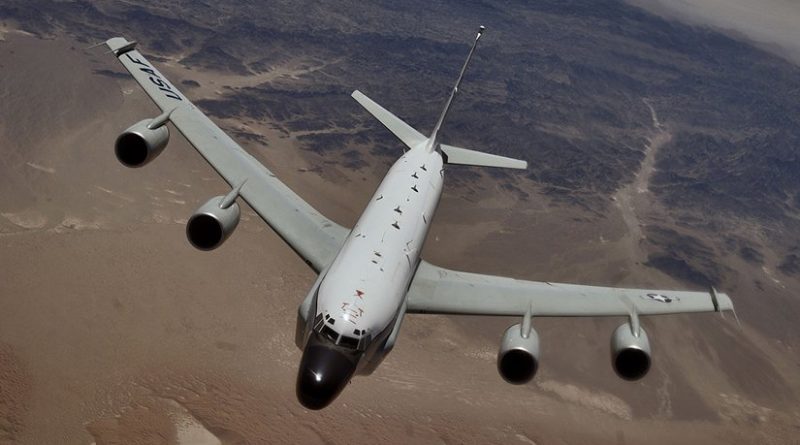 A US defense attache has been summoned by Russia’s Defense Ministry after an incident over the Sea of Japan near Russia’s eastern borders, where an American spy plane was detected flying too close to civilian aircraft.

Russia’s air defense detected an RC-135 spy plane belonging to US Air Force on Sunday, the ministry said in its statement. The plane was on an air reconnaissance mission with all of its transponders having been shut off, it added.

The US crew had not provided any information regarding its flight to air traffic controllers in the region, despite it flying at the same altitude as scheduled civil aviation flights.

“As the result of the unprofessional actions of the American plane crew, the hazard of a collision with civil aviation planes was created,” Russia’s Defense Ministry said, adding that it asked the US official to take measures to prevent such incidents from happening near Russia’s borders in the future.

At least two passenger jets belonging to major European airlines were endangered by the then-unknown aircraft over the neutral waters of the Sea of Japan on Sunday, Interfax reported.

The “unknown aircraft” was flying at the altitude of some 11,000 meters (36,000 feet) and did not respond to air traffic control, the agency said citing its source. Russian air controllers had to immediately change the flight path of a KLM Boeing-777, which was in the same region en route from Japan to Holland.

Pilots from another airplane, operated by Swiss airlines, heading to Switzerland from Japan, even reported “visual contact with a large four-engine aircraft, which was in direct proximity to their plane” and sent no recognition signals, the source said. The flying altitude for the Swiss jet also had to be changed by the air traffic control.

There have been a number of incidents during which US intelligence aircraft have been detected close to Russian airspace this year. In January, a US Air Force reconnaissance aircraft was intercepted by a Russian fighter jet when flying over the Black Sea. US officials then blamed Moscow for an “unproffessional” maneuver of its fighter jet. In April, another US reconnaissance plane “rapidly approaching the Russian border” was intercepted in the Baltic Sea.