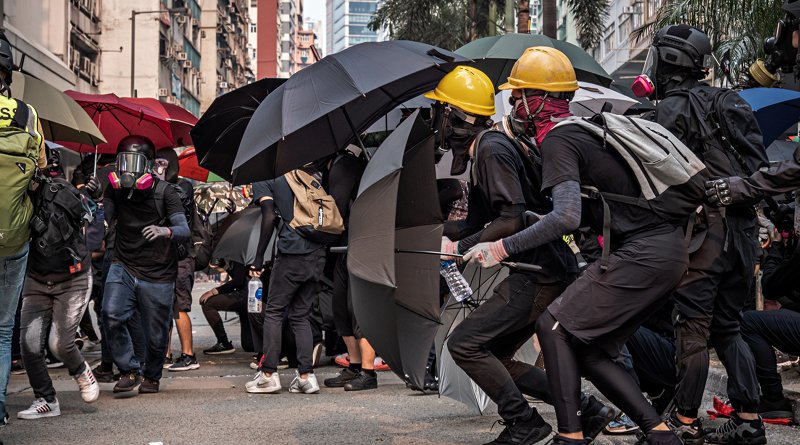 Sometimes people seem to get away with a lot in the dead of night, but when dawn breaks the truth comes to light. This is in part what has happened in the relationship between mainland China and Hong Kong, in which Beijing tightens its grip on the territory, sometimes openly, but more often by stealth.

The latest assertion of control comes in the form of a new draft security law for Hong Kong, outlawing secession, subversion and terrorism, without defining what they are. Aware that such vague concepts would never pass Hong Kong’s lawmaking body, the Legislative Council, China will drive the new laws through its own rubber-stamp parliament, the National People’s Congress, by May 28. They will then be annexed into Hong Kong’s constitution, the Basic Law, although it is not known when.

The danger for Beijing is that its latest power play may reignite pro-democracy protests that plunged Hong Kong into chaos last year, shatter an already fraught relationship with the US and undermine the island city’sstatus as a global financial hub.

When Britain, the former colonial power, handed Hong Kong back to China in 1997, it left a constitutional and institutional legacy. Beijing agreed to run Hong Kong for 50 years under One Country, Two Systems rule, which allowed Hong Kong to have its own constitution and elected parliament. This gave Hong Kong citizens far more individual rights than their compatriots on the mainland.

It went smoothly until Beijing became economically, politically and diplomatically more assertive. Its military and defense apparatus and posture have grown over the past two decades, far beyond mere assertiveness in the South China Sea; at the National People’s Congress (NPC) last week, while the practice of predicting overall economic growth was abandoned, military expenditure will still increase by 6.6 percent.

It would be interesting to know why Beijing chose this particular moment to insist on exercising more direct autonomy over Hong Kong.

Their relative economic strength has changed significantly since 1997. Then, China’s economy was 5.4 times bigger than Hong Kong’s; now it is 39 times larger. China is also globally the most interconnected country, and its banks and companies no longer need to go through Hong Kong to gain access to international capital markets.

However, if the Chinese leadership thought the new law could be passed and enforced by stealth because the world was preoccupied by the coronavirus pandemic, it was wrong. The UK, Australia and Canada objected vociferously, but nobody reacted more strongly than the US. Secretary of State Mike Pompeo said ”any decision impinging on Hong Kong’s autonomy and freedoms as guaranteed under the Sino-British Joint Declaration and the Basic Law would inevitably impact our assessment of One Country, Two Systems and the status of the territory.”

The US has the legal framework to act. After the crackdown on Hong Kong’s pro-democracy demonstrations last year, Congress passed the Hong Kong Human Rights and Democracy Act. It puts Hong Kong’s special trading status under tighter scrutiny, requiring it to maintain its autonomy from Beijing.

Trade wars have turned the US-China relationship increasingly acrimonious. The tensions have been ratcheted up several notches with Donald Trump’s skepticism toward the WHO and his allegations about China’s failure to curb the spread of COVID-19. He is not alone in wanting Beijing’s handling of the pandemic investigated.

Last week the US Senate passed a law barring foreign companies from listing on US exchanges if they are owned or controlled by a foreign government, or had not complied with the US accounting board’s audits for three consecutive years. The law has nothing to do with Beijing’s behaviour in Hong Kong, but momentum behind any anti-China legislation is bound to grow in the current environment.

The Hong Kong security law may prove counterproductive for China’s interactions with the world’s democracies. The West is growing more aware of China’s power aspirations. Gone are the days when European leaders such as David Cameron fell over themselves to be China’s best friend and trading partner. They still want to do business, but their eyes are wide open now.

What may have been even more controversial than the Hong Kong security law was that during the NPC the Chinese leadership restated its aim of reunification with Taiwan — but for the first time omitting the words “by peaceful means.” This goes beyond semantics, but alas nobody seems to have noticed. Nevertheless, we can expect the rift between China and Western countries to grow as Beijing aspires to ever greater prominence on the world stage. Scrutiny, after all, is power’s unavoidable companion.

One thought on “Beijing Tightens The Screw On Hong Kong – OpEd”