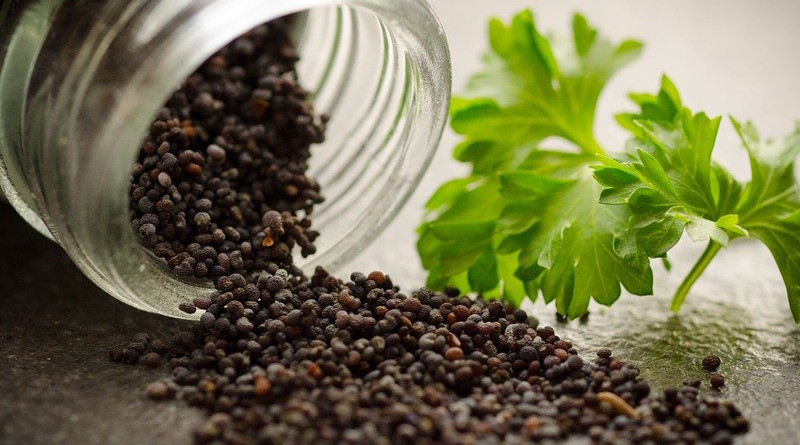 You might have heard the advice to avoid eating a poppy seed bagel or muffin before a drug screen, lest you test positive for opiates. This urban legend is rooted in truth because the tiny black seeds contain small amounts of morphine and codeine that can show up in a drug test.

Now, researchers reporting in ACS’ Journal of Agricultural and Food Chemistry have studied how different treatments affect levels of opiates in poppy seeds.

For thousands of years, people have grown poppies both for their colorful flowers and analgesic properties. The plant is the source of opium, which has long been used as a medicinal and recreational drug.

Although opium comes from a sap-like substance that surrounds the capsule encasing the seeds, some can be transferred to the seeds during handling. As a result, scientists have detected low levels of opium alkaloids, such as morphine, codeine and thebaine, in poppy seeds.

Benjamin Redan and colleagues wanted to measure levels of these opiates in commercially available seeds and determine whether different treatments, including heating or baking in a muffin, could affect their levels.

The researchers used mass spectrometry to measure the levels of three major opium alkaloids in 15 samples of commercially available poppy seeds, and detected large variations in opiate concentrations. Heating the seeds at 392 F for at least 40 minutes degraded most of the alkaloids.

However, baking the seeds within or on top of a muffin for 16 minutes at 392 F didn’t significantly change morphine, codeine or thebaine concentrations in the seeds, possibly because the internal and external temperatures of the muffins reached only 211 F and 277 F, respectively.

Although this study showed that heating poppy seeds could reduce opiate levels, this treatment would likely alter the sensory properties or reduce the shelf life of the seeds, the researchers say.

Home » Heating Poppy Seeds, But Not Baking Them In Muffins, Reduces Opiate Levels