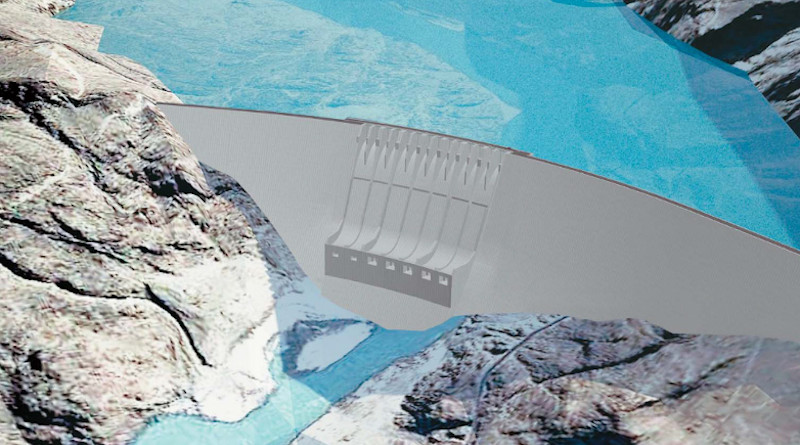 Pakistan signed on May 14 a 442 billion Pakistan rupees contract for a joint venture with the Chinese state-run China Power and Frontier Works Organisation (FWO), the commercial arm of the Pakistan military. The deal was done despite India’s repeated objections.

The Chinese firm will have a 70 percent stake in the venture and Frontier Works will hold the remaining 30 percent.

The Diamer-Bhasha Dam project is on the Indus river between the Kohistan district in Khyber Pakhtunkhwa and the Diamer district in Gilgit Baltistan, Pakistan administered Kashmir.

Pakistan had tried previously to include the construction of the dam under the Belt and Road initiative, but was turned down by China. The current project has been in the making since 2010, but could not take off for various reasons — including both the Asia Development Bank and the World Bank refused to get involved in a project of this magnitude in a disputed territory.

The fact that the China Power holds a seventy percent stake in the project is one of those often noticed phenomenon of predatory moves by Chinese companies in times of distress, as is happening in other parts of the world due to slump in economy amidst the coronavirus pandemic.

China Power will also construct the diversionary dam, main dam, a bridge and also a 21 MW dam to produce power for the project.

China Power was involved in the construction of the Three Gorges Dam in China and over 17,000 Chinese workers are expected to land up in the sparsely inhabited Bashar region of Khyber Pakthunkwa Province. These workers will stay for almost eight years until the dam construction is completed in 2028.

The project involves the construction of an RCC dam (Roller Compact Concrete) to a height of 272 metres that will result in a reservoir of eight million acre feet and potential for generation of over 4500 MW of electricity.

It has been mentioned that the reservoir could flood 100 kilometers of the Karakoram Highway and many villages will disappear. A total of 31,000 persons living in the area will be displaced.

The reservoir will also submerge tens and thousands of rock carvings and other artifacts dating back to 6th millennium.

It is said by experts that never before in the history of the world has an RCC dam of this size ever been built, or attempted, in such “unforgiving” conditions.

This region sits on top of the main Central Asian Fault line and is an earthquake prone region. One may recall the devastating earthquake in the Nepal region in 2015 and its aftershocks, the result of plate tectonics where the Indian Plate meets the Asian Plate.

There are likely to be many environmental objections, the Gilgit-Baltistan Environmental Protection Agency has already complained about the expected local climatic changes due to the massive reservoir being created.

Curiously, Pakistan’s Frontier Works does not have a single “large dam expert” though it has many engineers in its roster.

The Sind Province, which is already complaining of not getting a fair share of water from the upper Riparian Punjab, will be affected as the timely release of the water upstream will be decided by the Federal Government — which is alleged to have Punjab as its priority.

The debate whether to build large or smaller dams in the unstable region continues. India is also planning to construct a large storage dam on the Dibang river, and there is also a project in Bhutan, but neither of these are as big as the projected Diamer Basha Dam.

One example of the limits of study of the structural changes underneath the earth in this region, is the delay both in time and money in the construction of the Punatsangchu II dam in Bhutan where a landslip on one side of the dam is still to be managed with all the expertise available from the Government of India and abroad. Playing with nature is, to say the least, dangerous.

What should also be worrying is the general predatory nature of Chinese investments. Will the project go finally in the Hambantota Port way (Sri Lanka was forced to handover its port to the Chinese) when Pakistan is unable to fulfill its financial obligations?

A $630 million scam has been recently unearthed in a project coming under CPEC with HSR, a Chinese company, and the Port Qasim Electricals.  Costs were inflated deliberately and Imran Khan does not know what to do with the report as it involves China. Besides the economic concerns, it is worrying that there is insufficient expertise and experience in building large concrete storage dams of this nature in such unstable regions.