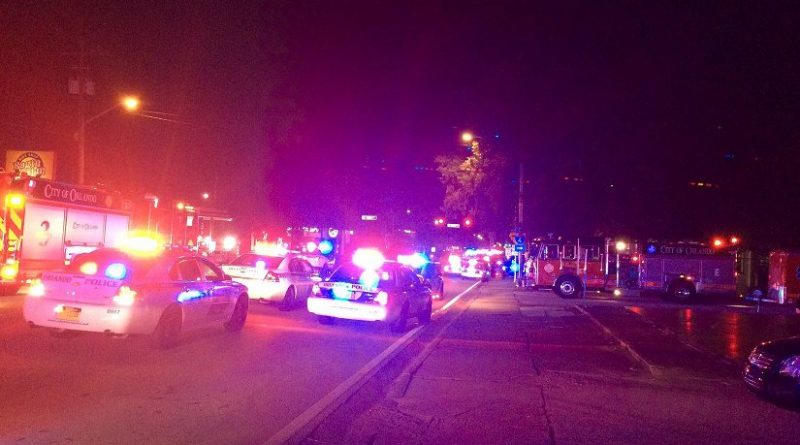 (FPRI) — Omar Mateen’s violent rampage that killed 49 people at an Orlando nightclub on June 12, 2016 solidified a dangerous new trend of cascading terrorist attacks in the West.  Successful directed attacks both encourage networked terrorist attacks and mobilize inspired supporters to commit violence in their homelands. Dating back more than a year ago to the wake of the Charlie Hebdo attack in Paris, tracing responsibility for terrorist attacks to either the Islamic State or al Qaeda has become increasingly challenging.[1] Some attacks demonstrate direct linkages back to top terror leaders. But most attacks have differing degrees of connection to either terror group’s central headquarters. As of today, the two most recent mass shootings in San Bernardino and Orlando show no direct connection between Islamic State and its inspired supporters.[2] In some cases, inspired attacks show an affinity for the terror group’s online propaganda and/or leaders. But the greater the distance between the attack location and Syria or Iraq, the more muddled the linkages become between attackers and terror groups.

The Islamic State’s successful direction of the Paris attack sparked a rapid increase in networked attacks – attacks committed by terror group affiliates and former foreign fighters operating in cells acting largely on their own initiative, but relying on support from their chosen groups network. In the weeks after the Paris attacks, Islamic State affiliates perpetrated a suicide bombing in Tunisia, a car bombing and assaults in al Arish and Giza, Egypt, a car bombing in Yemen, a suicide bombing in Istanbul, Turkey, and a multi-prong attack in Jakarta, Indonesia.[3]

Relatively dormant al Qaeda affiliates mobilized in the wake of the Islamic State’s Paris success. Mokhtar Belmokhtar’s splinter al Murabitoon allegedly reunited with their former overlords al Qaeda in the Islamic Maghreb (AQIM) conducting raids in Mali, Burkina Faso, and Ivory Coast along with many other smaller attacks.[4] Al Qaeda affiliates likely feel compelled to launch attacks. In the Sahel, a strong Islamic State affiliate in Libya pressures the once dominant AQIM. Launching successful operations in Mali and Burkina Faso provides motivation for local members to stay with the brand rather than leave for the more popular Islamic State.[5]  Al Qaeda in the Arabian Peninsula (AQAP) has long been al Qaeda’s strongest affiliate, but over the last year it has seen rise of a Yemeni Islamic State challenger. AQAP, like AQIM, must demonstrate success to prevent being overtaken by the more fashionable younger generation of the Islamic State.

The most curious outcome of the Islamic State’s Paris attacks leading up to the more recent Orlando assault has been a rash of inspired attacks – attacks committed by lone individuals or small groups with no demonstrable connection to jihadi terror groups and motivated simply by propaganda calls for violence. Examples are plentiful: an attempted knife attack in the London subway, a vehicular attack in Valence, France, a Paris police station assault in Paris, a machete attack in Marseilles, a police shooting in Philadelphia. All of these attacks along with many other disrupted plots have been inspired by the Islamic State.[6] Only after the Islamic State’s brazen Paris attacks did these perpetrators choose to launch deadly strikes.

At any given time around the Western world, lone individuals or small groups sit primed to undertake violence inspired by a jihadi group. These inspired terrorists, whether they opine for al Qaeda or the Islamic State, come in two varieties. The more dangerous and operationally effective inspired extremists are those persistently committed to jihadi ideology, slowly radicalized over extended periods reaching their resolve for violence over many years. These individuals or groups deliberately plan and plot their attacks. They link local frustrations with broad jihadi grievances common to both al Qaeda and the Islamic State. As seen with Nidal Hasan of the Fort Hood shooting, Amedy Coulibaly in Paris, Syed Rizwan Farook and Tashfeen Malik in San Bernardino and now Omar Mateen in Orlando, justifications for violence blend propaganda from both terror groups, but the tipping point for action likely came from observing successful jihadi violence elsewhere.

The less effective and more common inspired terrorists appear mobilized more by headlines than ideology. Edward Archer in Philadelphia, Michael Zehaf-Bibeau’s attack on the Canadian parliament, and dozens of other perpetrators with a mix of psychological issues and egomaniacal motivations rapidly mobilize in response to successful Islamic State attacks hoping to join the band wagon. Headline-inspired attacks come in reactionary waves and feature a mix of bumbled plots and unforeseeable terrorist successes. These attacks target randomly and despite their wide range of success often times generate additional headline-inspired attacks in the name of the Islamic State.

In the Islamic State-era, the pace of terrorist attacks, whether directed or inspired, has proven more rapid in pace, greater in number, and as a result are more difficult to detect. Al Qaeda throughout its history sought operational control over its directed attacks and those of its networked affiliates which resulted in slow and less frequent successes. This in turn likely influenced its decline. The Islamic State, in contrast to al Qaeda, cares less about potential failures or collateral damage. They allow affiliates, former foreign fighters and inspired supporters to plan, resource, and execute attacks with greater independence often learning of attacks in their name only after they’ve happened. Al Qaeda would conduct rounds of communication between affiliates and its headquarters finely tuning the application of violence, this oftentimes created communication signatures tipping off counterterrorists to upcoming plots.[7] The Islamic State, however, has developed a loose system allowing for lots of plots and few signatures putting counterterrorists at a significant disadvantage. Unlike al Qaeda, who sought spectacular attacks on symbolic targets, the Islamic State’s message has been to attack soft targets and large gatherings of people anywhere and everywhere.[8]

What does Orlando mean for the future of terrorism?

Al Qaeda’s calls for inspired attacks during the Anwar al-Awlaki-era found some support in the U.S., but the plots never achieved the terror group’s vision. The assumption since September 11, 2001 has been that the most deadly attacks would come from directed plots perpetrated by operatives trained, resourced, and promoted by the headquarters of terror group .

Mateen in Orlando and Farook and Malik in San Bernardino have turned this assumption on its head. Inspired, homegrown extremists have perpetrated the most deadly attacks in the U.S. since September 11, 2001 by simply hitting soft targets they know well with gun assaults that could be executed by anyone almost regardless of skill. The Islamic State and al Qaeda no longer need to direct attacks when their inspired plotters achieve equal body counts and media attention.

Today, there are no barriers to another extremist replicating the techniques of Orlando and San Bernardino. All terrorist groups and their supporters, whether international or domestic, directed or inspired, have watched and learned from the Islamic State’s successes in Europe and the U.S. and will follow their model in the future: soft targets, gun runs, encrypted communication, and openly available assault weapons.

About the author:
*Clint Watts is a Robert A. Fox Fellow in the Foreign Policy Research Institute’s Program on the Middle East as well as a Senior Fellow with its Program on National Security. He serves the President of Miburo Solutions, Inc. Watts’ research focuses on analyzing transnational threat groups operating in local environments on a global scale. Before starting Miburo Solutions, he served as a U.S. Army infantry officer, a FBI Special Agent on a Joint Terrorism Task Force, and as the Executive Officer of the Combating Terrorism Center at West Point (CTC).

Source:
This article was published at FPRI.