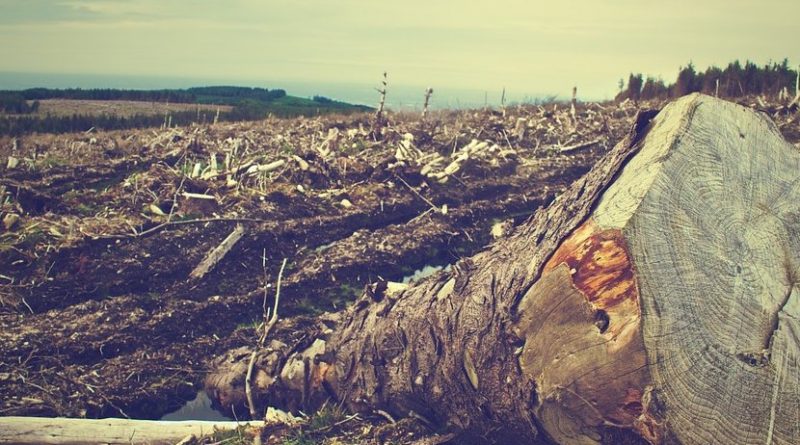 The tropical forests are the richest habitat on earth. Exactly how many species rain forests contain is unknown, but it runs into millions. And new ones are discovered every week. Although they cover just seven percent of the world’s land area, jungles play a vital role in the health of the planet. Tropical rain forests produce 40% of the Earth’s oxygen. In the last 40 years we have lost 50% of all rain forests and over time we have lost half of all forests globally. Deforestation is mainly caused by agriculture (80%), logging (14%), and firewood (5%).

Forests cover 31% of the land area on our planet. Because of them, people are able to thrive and survive since they provide oxygen, purify the water and the air we breath. But there is much more, many animals and ecosystems also rely on forests. Forests are home to 80% of the world’s terrestrial biodiversity. These ecosystems are complex webs of organisms that include plants, animals, fungi and bacteria.

Deforestation is the clearing, destroying, or otherwise removal of trees through deliberate, natural or accidental means. It can occur in any area densely populated by trees and other plant life, but the majority of it is currently happening in the Amazon rainforest.

Deforestation occurs for a number of reasons, including: farming, mostly cattle due to its quick turn around; and logging, for materials and development. It has been happening for thousands of years, arguably since man began converting from hunter/gatherer to agricultural based societies, and required larger, unobstructed tracks of land to accommodate cattle, crops, and housing.

The destruction of forests, trees and other vegetation can cause climate change, desertification, soil erosion, fewer crops, flooding, increased greenhouse gases in the atmosphere, and a host of problems for indigenous people.

The destruction of the tropical rain forests alone is cause severe problems. These rain forests are home to much of the world’s biodiversity. In the Amazon alone, around 17% of the forest has been lost in half a century, and mostly due to animal agriculture.

The Amazon Rainforest covers approximately 2% of the planet, but it generates almost 20% of our oxygen, hence its designation as the lungs of the Earth.

According to statistics, about half of the world’s tropical forests have been cleared. Annually, 6 to 12% of global forests are lost. Since the last century, Indonesia lost at least 15.79 million hectares of forests, making it the country with the most deforestation. Some other deforested countries include Thailand, Brazil, and some parts of Africa and Europe.

Farming, grazing of livestock, mining, and drilling combined account for more than half of all deforestation. Forestry practices, wildfires and, in small part, urbanization account for the rest.

In places such as Malaysia and Indonesia, huge amount of forests are being destroyed in order to make way for planting and producing palm oil, which can be found in everything from shampoo to saltines.

Logging operations, which provide the world’s wood and paper products, also are responsible for cutting thousand of trees each year. Forests are also cut as a result of growing urban sprawl as land is developed for homes.

Oxygen comprises only about 21 percent of air’s chemical component. Yet, it is extremely important to life on earth. Living organisms, from single-celled animals to humans, use oxygen to produce the energy required to sustain them. Since trees are considered larger plants, their production of oxygen is much more significant. It is estimated that tropical rain forests, produce 40 percent of the earth’s oxygen even though they cover only about 6 percent of the land. Rain forests in the Amazon have declined by 17 percent in the last 50 years as a result of deforestation.

Without trees, humans would not be able survive because the air would be unsuitable for breathing. If anything, without oxygen, we will have to develop some kind of gas masks that will be able to filter the little oxygen that would be left in the air.

Due to deforestation there are fewer trees to “clean” the air.

Trees and plants, in general, produce energy for growth using a process known as photosynthesis. Using light, water and carbon dioxide, a plant produces energy in the form of sugar and releases oxygen into the air.

Deforestation, as well as a rise in the emissions and our global temperature, affects the air that we breathe. This is because all trees take in carbon dioxide and other pollutants which are known to cause a lot of problems in the atmosphere and to us, humans. This inevitably results in all of us breathing dirtier and more polluted air that we otherwise wouldn’t.

Long-term exposure to polluted air can have permanent health effects such as: Accelerated aging of the lungs. Loss of lung capacity and decreased lung function. Development of diseases such as asthma, bronchitis, emphysema, and possibly cancer.

How Would Deforestation Affect The Global Environment?

Trees have an important role regarding regulating the carbon cycle, which is a global process in which carbon dioxide constantly circulates through the atmosphere into organisms and back again. Carbon, after water, is the second most important element for our ecosystem.

Trees are responsible for taking the carbon from the atmosphere through photosynthesis in order to make energy. This carbon is then either transferred into oxygen and released into the air by respiration or is stored inside the trees until they decompose into the soil. Therefore, the absence of trees would result in significantly higher amounts of carbon dioxide in the air and lower amounts of oxygen! This bad quality air would also be full of airborne particles and pollutants like carbon monoxide, sulfur dioxide and nitrogen dioxide.

In addition to the decrease of oxygen in the atmosphere, it would allow excessive amounts of carbon dioxide to remain. In the short term, since CO2 is one of the major greenhouse gases, it will undoubtedly lead to higher global temperatures which, in turn, would quicken the melting of the polar ice caps.

Measurements of carbon dioxide, nitrous oxide, and methane released from Amazonian soils show that tropical deforestation accelerates the greenhouse problem. The global importance of tropical forest soils in the atmospheric carbon cycle and its susceptibility to alteration by human land-management practices implies that the solution to the human-induced climate change problem lies in a combination of combustion source controls, conservation of existing tropical rain forests, and large-scale upgrading of productivity on currently degraded tropical soils.

Tropical forests need to be protected from deforestation and degradation if we want to reduce emissions to the levels needed to protect the planet against the worst global warming impacts and also to have clean air to breathe. Ending deforestation will not solve global warming by itself, but urgent action is needed and the problem cannot be solved if tropical deforestation is ignored.

Reducing deforestation is not only a beneficial action against global warming—it also can make important contributions to saving biodiversity and supporting sustainable development.