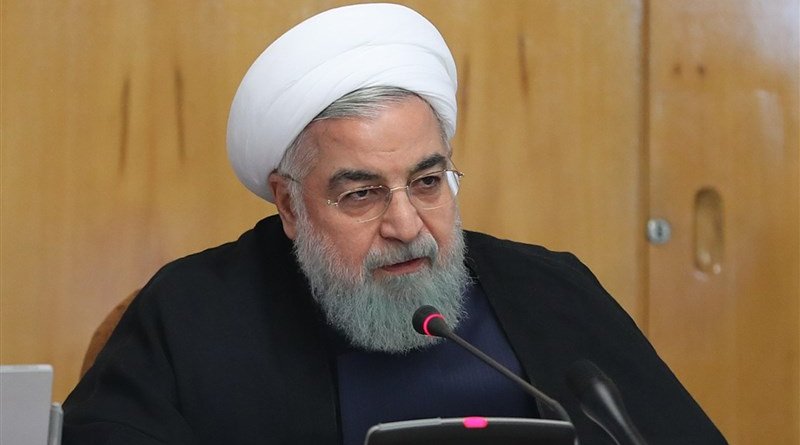 Speaking at a meeting of the government’s economic coordination headquarters on Tuesday, Rouhani said the current slump in the value of Iranian rial is temporary.

“The shock created in the foreign exchange market is temporary and has no fundamental economic reason and balance must return to the exchange market.”

The president further said that an international psychological warfare and an unrealistic anxiety among the people are the reasons for the fall in the value of Iran’s national currency, rial.

“Psychological warfare against Iran as well as the creation of an unrealistic anxiety among people are the main causes of the recent fluctuations in the foreign exchange market,” he added, according to the government’s official website.

The president said the reopening of Iran’s border and the return of exports and imports to normal conditions will be effective in restoring calm to the foreign exchange market.

“Expansion of exports and successful efforts to return the forex revenues to the country …will create a calmer situation in the foreign exchange market,” he added.

He highlighted the role media outlets can play in creating a calm atmosphere in the country’s economy and allay the people’s concerns over “short-term” fluctuations in the forex market, and called on all officials – from the central bank to supervisory bodies – to join forces against profiteers.

“We all should strive to prevent the rise in forex rates from impacting other commodities and goods, and try to control the short-term and temporary fluctuations,” Rouhani added.

The Iranian rial fell to its lowest ever rate against the US dollar on the unofficial market on Tuesday.