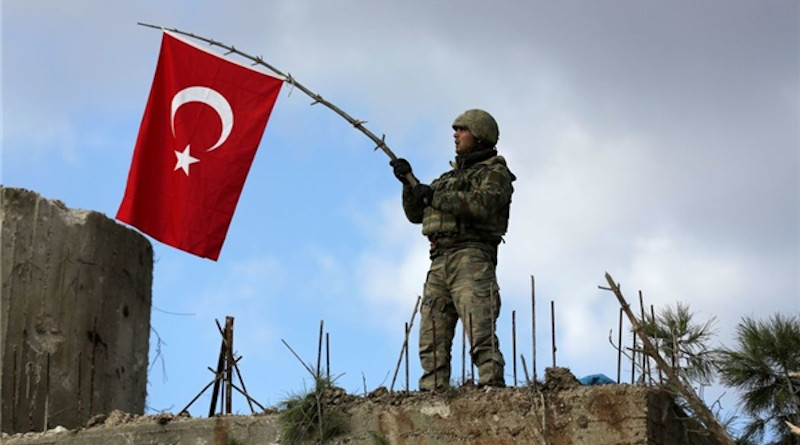 In the first week of June 2020, the conflict in Libya witnessed a shift after the Government of National Accord (GNA), recognised by the United Nations (UN) and led by Prime Minister Fayez al-Sarraj, announced that it has regained full control of the capital Tripoli. This came a couple of weeks after GNA had recaptured the strategically-located al-Watiya Airbase southwest of Tripoli. The airbase had fallen to the Libyan National Army (LNA) led by General Khalifa Haftar soon after the launch of the military campaign – Operation Flood of Dignity – in April 2019 aimed at overthrowing GNA and capturing Tripoli. Haftar and LNA were backed by the Tobruk-based House of Representatives (HoR) that hoped to bring the country completely under its control by use of force, accusing the GNA of supporting the Islamist militias.

Gradually, the conflict in Libya had drawn regional and international actors who based on their ideological inclination and geopolitical interests had started backing one of the two factions. While the HoR and LNA were supported by Egypt, the United Arab Emirates (UAE), France as well as Russia in the name of fighting against the Islamic State and other jihadist militants, the GNA was backed by Turkey, Qatar and Italy in the name of supporting the internationally-recognised government. The United States (US) under Donald Trump administration remained mostly on the side lines after initially backing Haftar. Notably, the European Union (EU) was divided as France and Italy that had played a major role in the fall of Muammar Gaddafi gingerly supported different factions. They supplied weapons to the opposing faction but also advocated resumption of the UN-backed political process to end the deadlock.

For much of 2019, the GNA had remained on the defensive and on many occasions it appeared that the HoR and LNA will score a military victory and force a political resolution on the Tripoli-based GNA. All UN-led efforts for a ceasefire continued to fail with Haftar backed by Egypt and the UAE not willing for a compromise. This forced the GNA to reach out to Ankara for military backing. The dynamics of the conflict began to change after Turkey accepted the GNA invitation and decided to militarily intervene on its behalf. On November 27, 2019, Turkey and the GNA signed a memorandum of understanding (MoU) on security and military cooperation.1 In December, the GNA formally invited Turkey to provide military and logistical support. In early January 2020, the Turkish parliament approved the deployment of troops in Libya and soon thereafter started sending military advisors to train and provide operational support to the GNA-backed forces.

The Turkish decision intensified the battle for Tripoli and the Haftar-led LNA targeted Tripoli port to destroy military cargo coming from Turkey. This did not deter Ankara and in March the GNA with active Turkish military backing launched Operation Peace Storm to fend off the LNA advances towards Tripoli. Ankara not only brought military advisors to support the GNA but reportedly also anchored naval vessels in the southern Mediterranean as well as brought mercenaries from Syria. What tipped the balance in favour of the GNA, however, was the use of Turkish-made armed-drones, Bayraktar TB2. Turkey further supplied hawk missiles and antiaircraft guns and brought more military personnel to help GNA operations. The air cover and drone offensive proved critical and by mid-May, the GNA was able to recover lost ground and Haftar-led force was forced to retreat.

Thought it does not mean that the HoR and LNA have conceded defeat, the signs of a Turkey-GNA advantage are clear. They have not only refused to accept a ceasefire proposal announced by Egyptian President Abdel Fattah El-Sisi on June 6 but have launched a counter-offensive to capture the economically important coastal city of Sirte. The fighting might not continue for long and Ankara has already started diplomatic outreach to Russia and the US to revive the UN-backed political process. The process had come to an abrupt halt due to the LNA military offensive in 2019 after over two years (January 2016 to March 2019) of negotiations and bickering failed to bridge the differences between the GNA and HoR.

The turn of events in Libya has put Turkey in an advantageous position not only in terms of the civil war dynamics but also in regional politics. So far as Libya is concerned, Ankara’s moves to reach out to Moscow and take the US into confidence shields it from great power pressure. Russia certainly has the space to undermine Turkey but is reportedly keen on finding a way to end the conflict even if it means abandoning Haftar. Turkish Foreign Minister Mevlüt Çavuşoğlu and his Russian counterpart Sergei Lavrov had planned a meeting to discuss the situation in Libya and Syria at Istanbul on June 14, and though the meeting was postponed at the eleventh hour due to the heavy fighting in Sirte, both sides have kept the lines of communication open.

Other external powers including France and Italy, as well as Egypt and the UAE, are likely to be unhappy with the turn of events. However, without the US and Russian support, they might not be able to force Turkey to compromise as was highlighted when Ankara rejected the Egypt-backed ceasefire proposal stressing that there cannot be any place for Haftar in the political process.

For Turkey, the intervention in Libya and the prospect of a long-term military presence gives it a geopolitical advantage over regional rivals. Turkey has already established military bases in the Persian Gulf and the Horn of Africa. In Libya, it is eyeing long term permission to use the Misrata Naval base and the Al-Watiya Airbase that will ensure its military presence in the Southern Mediterranean and North Africa.

Turkey is also eyeing economic gains as Libya sits over vast hydrocarbon reserves and has a long coastline in the Mediterranean Sea. Turkey has already signed a maritime zone agreement with the GNA that gives it drilling rights near the Greek island of Crete.2 It appears keen to exploit maritime economic zones in the Mediterranean though it puts Turkey at odds with Greece, Cyprus and Israel. Russia, an international hydrocarbon power, might work with Turkey to anchor the political process, which will give both countries a head start as far as the Libyan oil industry is concerned. The experience of cooperation in Syria, while supporting opposing sides, can help bring the two countries together in Libya.

At this stage, it is difficult to ascertain what might be the outcome of the efforts to resume the political process in Libya and what shape the situation eventually takes. What is clear is that the military intervention has put Turkey and the GNA in an advantageous position. Besides, there are geopolitical implications for West Asia (or the Middle East). Ankara’s military prowess and diplomatic dexterity have reinforced its position in regional politics. Libya is yet another instance in recent years wherein Ankara has shown its presence and interest.

Earlier, for example, it came out strongly in support of Qatar during the Gulf Cooperation Council (GCC) crisis, put its foot down in Syria to shield Idlib and push back the Kurdish forces, established a military presence in the Horn of Africa, and took Riyadh head on over the murder of Jamal Khashoggi. Though not interlinked, these are not just isolated incidents. Turkey is a regional heavyweight and wants to be recognised as a global middle power. Under President Recep Tayyip Erdoğan, it has become more ambitious and is using every opportunity to intervene in regional politics. Turkey’s growing regional presence has already set alarm bells ringing in regional capitals.

*About the author: Md. Muddassir Quamar is Associate Fellow at Manohar Parrikar Institute for Defence Studies and Analyses, New Delhi

One thought on “It’s Advantage Turkey In Libya – Analysis”