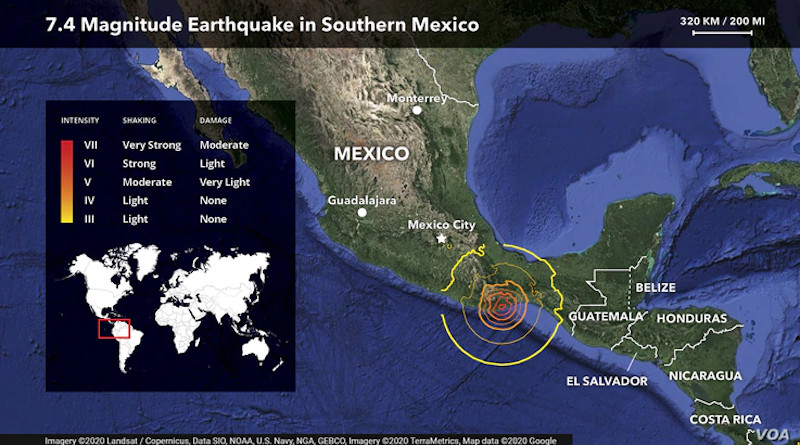 The quake was centered near the Pacific coast resort of Huatulco and was felt nearly 700 kilometers away in Mexico City, causing buildings to sway and sending thousands of residents into the streets.

Much of the damage is minor, with broken windows and collapsed walls. But authorities say one person was killed when a building in Huatulco collapsed, and a second died after a house in the mountain village of San Juan Ozolotepec fell.

The state-run oil company Pemex said the quake caused a fire at its Salina Cruz refinery which was quickly put out.

At least 140 aftershocks have been felt.