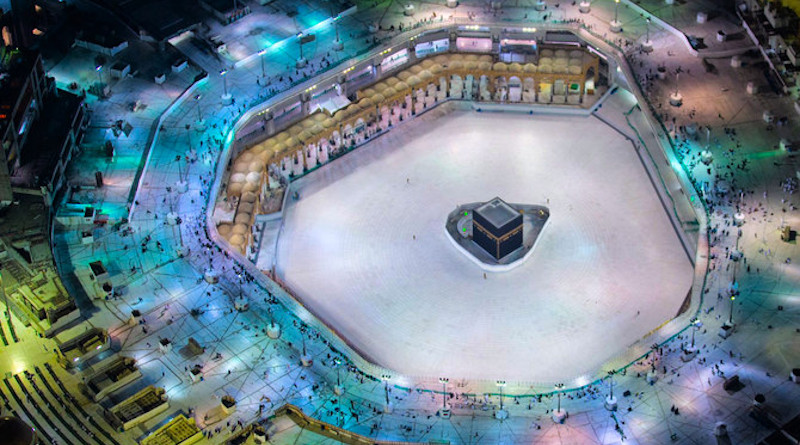 Hajj pilgrim numbers could be limited to less or more than 1,000 to protect public health in the wake of the coronavirus pandemic, according to Saudi authorities.

Health Minister Dr. Tawfiq Al-Rabiah told a press conference on Tuesday that compulsory isolation before and after the pilgrimage will also be enforced.

He said Saudi Arabia is capable of ensuring pilgrims’ safety this year.

“The health ministry has accumulated experience in the service of pilgrims, and thus has enough human and technical capacities to serve pilgrims and preserve their health,” he said.

He added that an integrated hospital at holy sites will be provided, along with a health center in Arafat in case of emergencies during Hajj.

Medical cadres will also accompany pilgrims throughout their journey.

Al-Rabiah said limiting the number of pilgrims this year is important.

“Only people residing in the Kingdom, who are under 65 years of age and who do not have chronic diseases will be allowed to perform Hajj this year. They will get tested before arriving to the holy sites and will be subject to self-isolation after performing Hajj,” he said.

He added that those serving pilgrims during Hajj will also be tested.

Meanwhile, many East Asian countries decided to cancel their delegations to this year’s Hajj before the Saudi decision to limit pilgrim numbers.

Saudi Minister of Hajj and Umrah Mohammed Saleh Bentin said: “We appreciate this decision as it aims to protect people above everything else, which was also the priority of the Kingdom since the start of the pandemic, where it canceled Umrah and has now decided to limit the number of Hajj pilgrims to people already residing in Saudi Arabia.”

He added that the decision to limit numbers to less or more than 1,000 “was taken based on the Kingdom’s principles and past experience in managing Hajj. The main aim is preserving the health and safety of pilgrims in light of the coronavirus pandemic.

“It is a delicate process and we are working with experts at the health ministry, the interior ministry and other authorities to ensure a safe Hajj,” Bentin said.

He added that the Hajj ministry will cooperate with diplomatic missions in the Kingdom to determine the number of eligible non-Saudi residents.

Media coverage of this year’s Hajj will be in line with adopted health measures, he said.

Bentin said the Kingdom’s decision to limit Hajj pilgrims is based on the continuation of the coronavirus pandemic and the risks of it spreading in crowded spaces and large gatherings. It also comes amid a push to protect global health security.

“We have been working alongside the health ministry to determine precautionary measures and protocols that need to be followed. Preserving human lives is our priority, therefore, special plans have been set in place for this year’s Hajj, including the self-isolation of pilgrims both before and after performing Hajj,” he said.

He added that there will be no exceptions made for pilgrims arriving from abroad.

“We are aware of the dangers of this virus. Countries around the world have closed their borders. Therefore, no exceptions will be made,” he said.