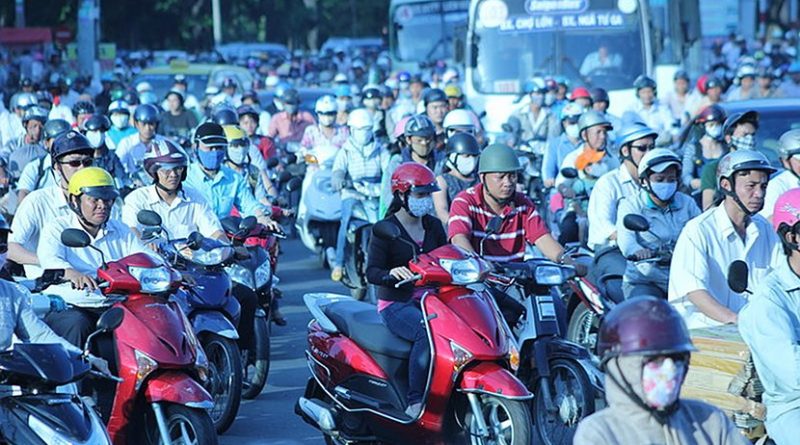 The sea-lanes traversing the South East region carry 50% of the global trade and 33% of the world’s oil. More than 550 million people inhabit South East Asia and the regional economies total upwards of US $ 1 trillion.

The economies of the United States and those of US allies like Japan, South Korea, Philippines, Taiwan and Australia heavily depend on stability in South East Asia and more specifically the security of sea-lanes on which depends their trade and commerce and energy security.

The United States in the first decade of the 21st Century strategically neglected South East Asia due to its military commitments and focus in Afghanistan and Iraq. The strategic vacuum so caused emboldened China as a rising power and with geographical contiguity with this region to increase its footprints in the region.

Recognizing that this strategic vacuum may affect its global strategic postures, the United States in the closing stages of the last decade has made concerted efforts to re-establish its traditional strategic dominance in the region. This is currently visible despite many challenges by China.

China’s rapid military modernization, its double-digit increases in defense spending annually caused military concerns in South East Asia nations. These military fears and threat perceptions centered on China were greatly enhanced when China in the last couple of years began to flex its military muscles in the South China Sea area where it is involved in territorial disputes with virtually the whole of ASEAN nations and more specifically, the Philippines, Taiwan, Vietnam, Indonesia and Malaysia.

Freed from the economic recession effects which engulfed the South East Asia region starting from 1997 and in response to their threat perceptions centered on China, the South East Asian countries embarked on a spree of arms purchases after mid-2000s with a focus on building up their naval, submarine and fighter jets assets.

The global strategic community has labeled this arms acquisition spree as an ‘arms race in South East Asia’. This is patently wrong as what is really happening is an “Arms Buildup” to upgrade their defensive capabilities by South East Asia nations to withstand any aggressive instincts of China and strategic coercion by it.

In coming years one can expect that the South East Asia region emerges as a hotly contested region strategically between the United States and China with a number of side actors like India, Japan and Australia.

With this in mind this Paper intends to examine the main theme under the following heads:

Strategic Power-play in South East Asia: The Main Tussle is Between China and the United States

During the Cold War, the South East Asia region was the arena of Superpower power- play between the United Stats and the Former Soviet Union. Both the Superpowers maintained naval bases in the region with their naval fleets patrolling the high seas. China was a marginal player fomenting Communist insurgencies in the region and providing arms aid and military equipment.

Lately with the military rise of China and its aspirations to emerge as the second pole in a new global strategic order, the South East Asia region is increasingly emerging as the arena for strategic power-play and tussle between China and the United States.

At issue between China and the United States are some major strategic factors which can e outlined as under:

The manifestations of the above have emerged in the last two years as follows: (1) China declaring its sovereignty over the entire South China Sea and further as a challenge to the United States declaring that the South China Sea is a “Core Concern” of China which translated implies that China is prepared to go to war even to ensure this declared sovereignty. (2) The United States along with other nations has come out with a declaration that the “Global Commons” which does not get limited only to maritime waters but extends to air-space and outer space are the common heritage of mankind as the provide the ‘connective tissue’ for communications and no one states can declare sovereignty over them.

China strategically has no natural military allies in South East Asia to tilt the balance against the United States. China can only expect that with its use of ‘soft power’ with political reasonableness and economic inducements it can hope that some South East Asian nations could be won over to its camp.

China’s insensitivity and arrogance towards South East Asian nations can best be gauged by the remarks of the Chinese Foreign Minister that “China is a big country and others are small countries and that is a fact”. It raised hackles in the region.

One would again like to stress that what is not taking place in South East Asia is an arms race but an “Arms Buildup” to beef up their defensive capabilities against any Chinese aggressive instincts or coercion. Arms race implies that an intra-regional tussle for regional power status is underway and hence the arms buying spree. At this juncture it is not so.

The United States in the pursuit of its overall strategy to ensure that South East Asia remains stable and secure and that the sea lanes that traverse this region are also safe and secure would not permit the emergence of an arms race by any aspirating regional power.

It is well recognized that the countries of the region have ordered substantial quantities of military hardware to beef up their capabilities. The purchases run into billions of dollars.

SIPRI Stockholm which monitors global arms purchases has indicated that in the period 2005-2009 as compared to the previous five year period arms purchases have comparatively gone up for Indonesia by 84%, Singapore by 46% and Malaysia by72%. The figures in case of Vietnam would be even higher.

These figures would be over and above their existing holdings. The aim here is not to project the military balance in the region but to indicate the size and direction of the military buildup

What is evident from the above is that the focus is on building up of naval and air force assets and in the naval field with an emphasis on submarines. The focus seems to be entirely on their China threat perceptions.

In terms of combat aircraft South East Asia is opting for Russian military planes across the board.

The United States can be expected to welcome this naval and air force buildup as it puts into place a regional military capability to thwart any Chinese aggressive designs. To begin with these may individually appear to be small numbers but then it is a trend in the making.

This conclusion basically arises from an analysis of the strategic intentions of the United States and China in the South East Asia region. This conclusion discounts the rhetoric that is the favorite past-time of political leaders and diplomats and the handshakes and effusiveness that predominates photo-ops at summit meetings.

Strategic confrontation is forecasted by this Author as opposed to strategic cooperation mainly because the underlying strategic intentions of the United States and China are in a serious clash leaving no scope for convergences.

The United States through its previous Defense Secretary has already articulated in the last Quadrennial Defense Review that the United States intends to devote sizeable resources to achieve full-spectrum dominance across the entire spectrum of military operations in South East Asia. In terms of United States military deployments in the Pacific there is a discernible shift southwards. The United States declarations on “Global Commons” should be ominous for China and in relation to its own declaration of South China Sea as a “Core Concern of China”

However, with the propensity of China to indulge in strategic and military brinkmanship, dangers do exist that in a surcharged strategic environment that this could spill-over in localized armed conflict

China’s satellites in Asia, namely North Korea and Pakistan can hardly be said to provide military ballast in favor of China.