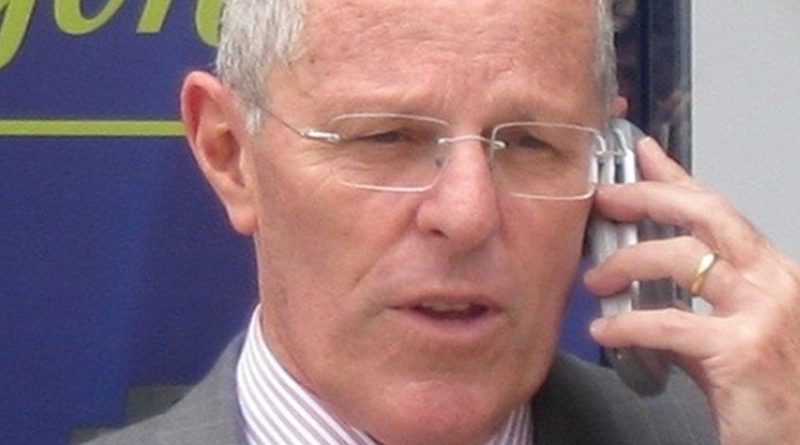 President Pedro Pablo Kuczynski, better known as PPK, acronyms taken by his political group Peruanos Por el Kambio (Peruvians for Change), took the oath of office on July 28 for a five-year term. Many people were surprised that Kuczynski, a 77 year old neoliberal economist, manifested in his first message to the nation his desire for “a social revolution for my country. I long for a Peru in five years that is modern, fairer, more equitable and socially committed.”

“What does it mean to be a modern country? It means that the inequalities between the poorest and the richest must be reduced by raising the income of the poorest,” he stated.

Two weeks before swearing in, Kuczynski announced the names of the 18 ministers who were to serve in the cabinet, and also appointed economist Fernando Zavala for chairing the Council of Ministers. While most have had experience working for the State, almost all of them come from the private sector. The only one reconfirmed in office who comes from the former government is the Education Minister, Jaime Saavedra Chanduví.

In his speech, Kuczynski listed the commitments for his term of office as: “1. Bring water and sewer services to all Peruvians; 2. Provide quality public education, an education that opens the world to millions of young people; 3. Provide public health services that are sensitive to the patient, timely and effective; 4. Formalize the country, to the maximum extent possible; 5. Build infrastructure to foster development, something we so urgently need; 6. Rid our country from corruption, discrimination, insecurity, and crime, fighting with transparency against all these historical scourges.”

Many analysts agreed that the presidential message was well received by all political camps except for the Fujimorismo members united in the Fuerza Popular (Popular Force) political party.

In the view of Historian Nelson Manrique, it was a speech that was “well-articulated, very well prepared, touching on substantive issues relating to some of the fundamental problems facing the country at the moment.”

“Providing drinking water, quality education, and decent public health to all Peruvians is a program that we all can converge,” he said in his opinion column in La República newspaper.

However, the swearing in ceremony, attended by the presidents of Argentina, Maricio Macri; of Chile, Michelle Bachelet; of Colombia, Juan Manuel Santos; of Ecuador, Rafael Correa; of Mexico, Enrique Peña Nieto; and of Paraguay, Horacio Cartes, was interrupted by pro-Fujimori legislators who during the message shouted slogans in favor of their leader Keiko Fujimori, who was defeated by Kuczynski in the runoff election on June 5 by a difference of a mere 42,000 votes.

The Fujimorismo won the first round on Apr.10 with 39.8 percent of the votes and won 73 of the 130 congress seats, which gives them almost absolute control of Congress; in contrast, the ruling PPK party has only 18 lawmakers. A week before the runoff election, held on June 5, the polls showed an almost certain victory for Fujimori. However, allegations of ties to drug trafficking in her own ranks, and a strong campaign from the Anti-Fujimorismo sectors, bringing back memories of the authoritarian regime of her father ex-president Alberto Fujimori (1990-2000), who has been in prison since 2007 serving a sentence of 25 years for human rights violations and corruption, thwarted her victory.

For Fujimorista leaders, like Luz Salgado, the current president of the Congress, the victory was stolen from them. In an interview with the El Comercio newspaper, Salgado said the Anti-Fujimorismo “is the result of people who were put in jail, people involved with Sendero and the MRTA,” referring to the subversive groups Shining Path and the Tupac Amaru Revolutionary Movement, whose leaders have been imprisoned since 1992, serving life sentences.

Representatives of the No to Keiko group, which brings together citizen groups fighting against Fujimorismo, responded that what Salgado and other Fujimoristas in Congress are trying to do is to criminalize the popular movement and the left by qualifying their members as terrorists.

“With those assertions that we are senderistas and MRTA members, can you imagine what it would have been like if Keiko Fujimori had been elected to rule the country? What a witch hunt it would have been!” Sandra de la Cruz, of the No-To-Keiko movement, told reporters.

It will not be easy for Kuczynski to govern, whose direct and jovial style has been heavily criticized by conservative sectors. In addition to facing a hostile Congress with an opposing majority that still cannot accept the defeat of their leader in the second round — Fujimori never personally congratulated the winner, and she broadcast a message to the country simultaneous to the presidential message in which she said that “we are going to turn our proposals in our governance plan into laws” —, Kuczynski will be forced to re-launch the country’s economic growth amid an unfavorable international economic environment.

According to economist José de Echave, “the supercycle of international prices of raw materials has reached its end.” Between 2006 and 2015, the average economic growth for the country was 5.8 percent, reaching a peak of 9.1 percent in 2008, according to figures from the Economic Commission for Latin America and the Caribbean (ECLAC). Until 2009 Peru experienced “a period of sustained increase, falling in the wake of the global economic crisis, and a new increase that peaked in 2011-2012,” De Echave stated in presenting the 18th report of the Observatory of Mining Conflicts in Peru, held on July 13.

At a press conference with foreign correspondents on July 26, Kuczynski said that to boost the economy “investments will be unblocked” and “the mining sector will be reactivated.”

However, De Echave said that “the drop in mining investment is global. There has been a decline in mining concessions in Peru since 2014 and mining investments will keep falling for the next few years. Currently there are only expansions of old projects taking place.”

“Mining exports began to fall starting in 2011, the mining revenue is negative in so far as the State returns more money to the mining companies than what those companies pay in taxes,” he added. “The volume of mineral production has increased to compensate for the drop in exports.”

Economist Humberto Campodónico said in his column in La República newspaper that if the reactivating momentum of Kuczynski has the “unblocking” of investment as its axis, “one has to question if the problem is the blocking and up to what point [investments] are stopped due to the fall in the economic cycle.”

For Campodónico, the “unblocking” is not enough to revive the economy. “If there are no new driving forces, production diversification and an increase in public investment, there will hardly be an economic recovery, increased employment, income redistribution or increased social inclusion,” he said.