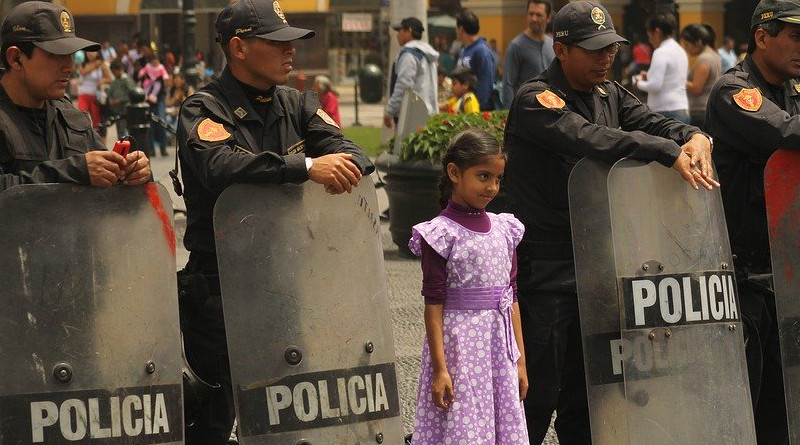 A police crackdown at a nightclub in Lima turned horribly wrong after partygoers rushed to escape and got trapped in a deadly stampede. The tragedy has claimed 13 lives and left six others injured.

The police raid at the Thomas Restobar nightclub in Peru’s capital Lima was launched to enforce a freshly reimposed ban on weekend night entertainment, which was meant to curb the spread of Covid-19 in the country. Law enforcement were alerted by residents of Los Olivos district in northern Lima that a party was planned at the club in defiance of the lockdown, with some 120 people in attendance, the Interior Ministry reported.

When the crackdown was launched, guests of the club tried to flee from the second floor down the stairs and through the back exit. The door was supposed to swing inwards, but amid the turmoil people couldn’t open it because the small hallway leading outside was packed, national police chief Gen. Orlando Velasco Mujica told the media.

The tragedy left 13 young people dead, including two women, the police said. The victims got crushed or suffocated in the stampede. Six others including three officers were injured. The police also made 23 arrests.

The police chief assured that no firearms or tear gas were used during the raid, refuting accusations to the contrary voiced by the families of some of the victims. He said his officers managed to pull down the blocked door from outside and gave first aid to victims before they were rushed to hospitals.

The Peruvian authorities said the businessman who organized the party was guilty of “criminal irresponsibility” and extended condolences to people who lost their loved ones in the tragedy.

Peru has one of the worst outbreaks of Covid-19 among Latin American nations, with an uptake in new infections reported since late July. It has over 580,000 registered cases and more than 27,000 deaths attributed to the coronavirus.

This week, a number of lockdown rules came into force in the country including restrictions on the use of public transport, a weekend curfew and a ban on travel to and from the parts of Peru most affected by the disease.