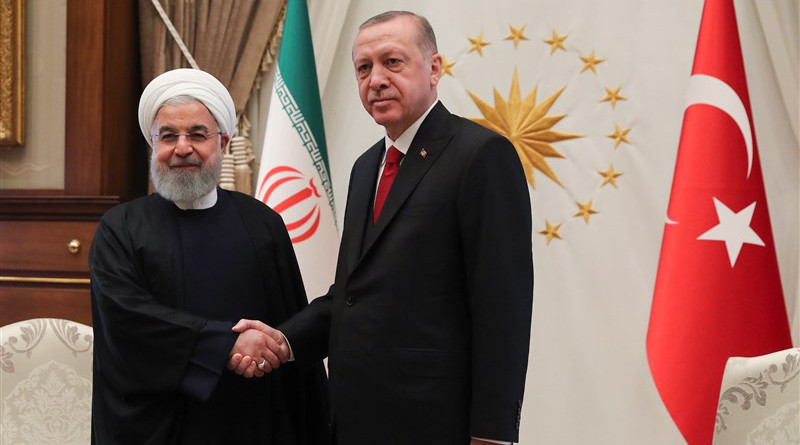 The US coronavirus disease (COVID-19) death toll has topped 180,000, with more than 5 million cases recorded across the country. The presidential election in November will most likely be dominated by the pandemic, the White House’s handling of it, and the subsequent economic fallout.

However, it is easy to forget what a rollercoaster year we have all experienced, and that it was America’s relationships in the Middle East — particularly with Iran — that dominated the headlines early in 2020. Back then, it was natural to think that Washington’s policies toward the region and Iran would be a leading election topic. Just because it no longer is does not make it any less important.

The US’ relationship with Tehran has rarely been far from the headlines throughout Donald Trump’s presidency. Quitting the Obama-era Joint Comprehensive Plan of Action (JCPOA) was a bold but long overdue move. While angering some, it finally shone the spotlight on the deal’s flaws — namely its permissive approach to terror funding, its silence on Tehran’s ballistic missile program, and its failure to recognize Iran’s destabilizing impact on the region.

The JCPOA had other fundamental flaws, including the sunset clauses that will remove the restrictions on Iran’s nuclear program once the deal expires. Iran’s military sites, such as Parchin, which is reportedly where nuclear development and research is conducted, were also left out of the reach of International Atomic Energy Agency inspectors. In addition, there was no reference to Iran’s ballistic missile program, which is a core pillar of its foreign policy and appears to be linked to the nuclear program. Furthermore, Iran’s breakout time — the amount of time needed to produce enough weapons-grade uranium for one nuclear bomb — was set at only one year.

Nevertheless, COVID-19 may finally achieve a necessary step toward regional stability by pulling the Iranian regime back from the billions of dollars and other resources it lavishes on violent proxies across the Middle East’s hotspots. The devastation the virus has wreaked across Iran will hopefully see a necessary turn inwards and recognition of the need to reallocate these resources to domestic rebuilding.

For four decades, the regime has been squandering the nation’s resources on terror and militia groups, as well as its nuclear program, which is estimated to have cost the regime more than $100 billion. But this unforeseen pandemic may finally starve Iran’s proxies and militia groups, such as Hezbollah and the Houthis, of the funds they have taken for granted for so many years.

Some of Iran’s authorities have already publicly announced they do not have the money required to pay their mercenaries abroad. In an April TV interview, for example, Parviz Fattah, the head of the Mostazafan Foundation, stated: “I was at the (Islamic Revolutionary Guard Corps) Cooperative Foundation. Haj Qassem (Soleimani, the Quds Force commander killed by a US drone strike in January) came and told me he did not have money to pay the salaries of the Fatemiyoun (Afghan mercenaries). He said that these are our Afghan brothers, and he asked for help from people like us.”

But for whoever is US president next January, Iran won’t be the only front and center Middle Eastern foreign policy problem. The US and the wider Western world has long been able to depend on Turkey as its most powerful security ally in the region, dating back to the start of the Cold War. Ankara’s presence in NATO has been an indispensable source of stability and partnership in the West’s Middle Eastern policy — a constant during times of broader instability. Alas, Turkey has recently been cozying up to the Iranian regime and taking a hammer to this once-ironclad relationship.

One need only look at the overtures Turkey has been making to Iran, Russia and China to see where its international relations priorities lie. While the need for a re-evaluation of US-Turkish relations is gradually becoming better understood, Ankara’s close relationship with the Iranian regime and how, together, they are increasingly operating counter to Washington’s foreign policy agenda is less so.

The future of US-Iran ties will continue to be the defining feature of America’s Middle East policy for years to come. An informed policy and substantive approach toward the Iranian regime and Turkey must be taken by whoever is in the Oval Office in January. It is imperative that the US pressures the Iranian regime into changing its destructive behavior in the region, while re-evaluating its relationship with Turkey.

Home » Winner Of US Election Will Have To Reconsider Iran, Turkey Ties – OpEd