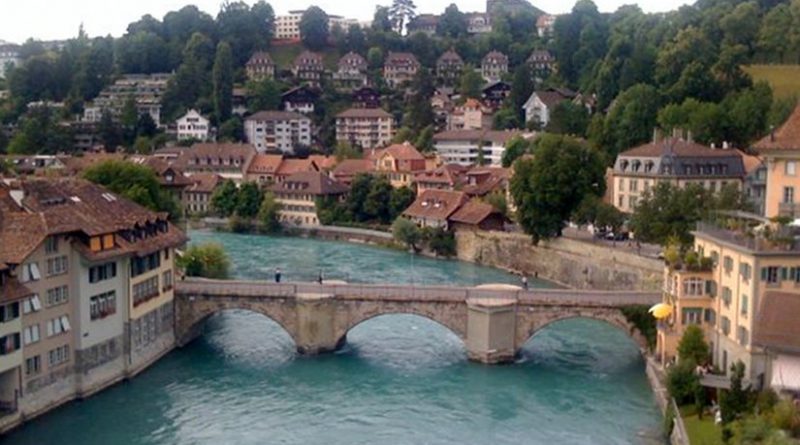 The notion of what constitutes the “Western world” has been periodically reshaped by new geopolitical realities and revolutionary storms.

The current crises over Libya and Syria, and the one brewing over the European sovereign debt, have also caused people to question what they now mean by this term. With the United States, the United Kingdom, Spain, Greece and most of the Mediterranean EU members now facing off against their nominal allies France and Germany, the entity known as “the Western world” – like that of the European Union – appears in danger of falling to pieces. Some commentators even talk about a new European axis being created as a means of counterbalancing U.S. power (Ariel Cohen, The National Interests).

In fact, the term ‘Western world’, as we have grown up understanding it, may well be passing into history. This begs the question, however: Should anyone care?

There has never been agreement, or even much consensus, about what the term ‘the West’ actually means. Some consider the area thus referred to be the historic boundaries of Latin Christendom, while others have defined its limits even more narrowly, including only Britain, France, Belgium, The Netherlands and Switzerland, excluding Eastern Europe, Scandinavia, the Mediterranean and the Balkans, which geographically are likewise part of the European continent.

After the Second World War the West was generally defined as the United States, Western Europe, Canada, Australia, New Zealand and, sometimes, Japan – the Cold War alliance – especially by international intergovernmental organizations. Some social scientists proposed a broader definition of the cultural West, which comprised Western Europe, North America, Latin America, Australia, New Zealand, South Africa and, occasionally, the Philippines, but not Japan. Those who put emphasis on “racial” origins were ready to include only those countries of Latin America where the population is predominantly European ethnic origin – Argentina, Uruguay and southern Brazil, but not Central America.

There is also among scholars, politicians and public servants the held belief that all of “Western Civilization,” the entire intellectual edifice, is predicated on a specific set of ideas and institutions which are both timeless and unique. This view is best expressed in Samuel Huntington’s 1996 book. For Huntington, the Western Civilization rests on ideas such as “individualism, liberalism, constitutionalism, human rights, equality, liberty, the rule of law, democracy, free markets, the separation of church and state [that] often have little resonance in Islamic, Confucian, Japanese, Hindu, Buddhist or Orthodox cultures.”

In fact, most of what are considered to be original and permanent characteristics of Western civilization came into being only in recent history. Human rights, democracy and free markets were restricted to a relatively small group of Western people until the 20th century. The separation of church and state in the West came into existence only in the late 18th century and even then in only a single country: the United States.

Still today, the issue of the role of religion in matters of state and law is highly controversial in many European and North American countries. Gender equality under the law and in political participation is relatively new; social and economic equality continue to be debated, with the United States having seen a half century of widening gulfs between social classes and income levels.

The second premise of the perspective that assumes the timelessness and uniqueness of the Western civilization is to base the latter only on its high culture, the culture of its most prominent intellectuals. This is another form of pernicious selectivity. Specific sources are cited, above all the “Great Books,” such as the works of Socrates, Plato, Aristotle, Dante, Shakespeare, Descartes, Darwin, Marx, Freud, Tolstoy or Mann, as if these constitute the whole of Western culture.

This perspective presumes that these masterworks are in themselves the essence of Western society. Those who hold this view may see little reasons to concern themselves with actual and concrete history facts, and especially with the lives of the vast majority of Westerners, most of whom, until the beginning of the 20st century, were illiterate. Thus, a small number of works produced by elites are considered to represent the collective Western experience, and the lives of many millions over the centuries.

A third way of defining the Western world is to contrast it with other present and past civilizations, but, again, only after defining these other civilizations in a highly selective way. The most frequent contrast made by scholars, journalists and writers is with geographical entities called “the East.” or “the Orient,” or simply “Asia,” which includes India, Japan, China and even the Islamic world. Although these regions are as dissimilar from each other as they are from the West, they are sometimes presented as an undifferentiated political and cultural bloc, as if they share fundamental characteristics diametrically different from those of the West.

A central point of distinction between West and East is the infamous contrast between rationality and mysticism. This contrast neglects too many aspects in both Western and non-Western history. What should be never overlooked is the mystical tradition in the much Western religious thought, while India, China and the Islamic world all have historical periods during which reason-based thought and scientific discovery were prevalent.

In the first half of the 20th century the West was divided along political and economic lines, and engaged in two horrendous internecine world wars. The new geographical and cultural contours of the West after the end of the Second World War, whose demise is now being deplored, were merely a product of historical circumstance, hardly a cultural or political entity with unchanging, fixed values which had characterized it since time immemorial. It was also only the latest of a number of ordinary and not-so-ordinary entities that punctuated the history of the West.

Whether we base our perspective on the West as an idea, a civilization, or a geographical entity, what constitutes the “Western world” has changed over time, just as it is now changing before our eyes. So, should we be concerned about the alleged “disintegration” of the “Western world and Europe”? No need to make a fuss about it.

This article appeared at Europe’s World and is reprinted with permission.

Home » Are The Concepts Of The West And Europe Vanishing? – Analysis