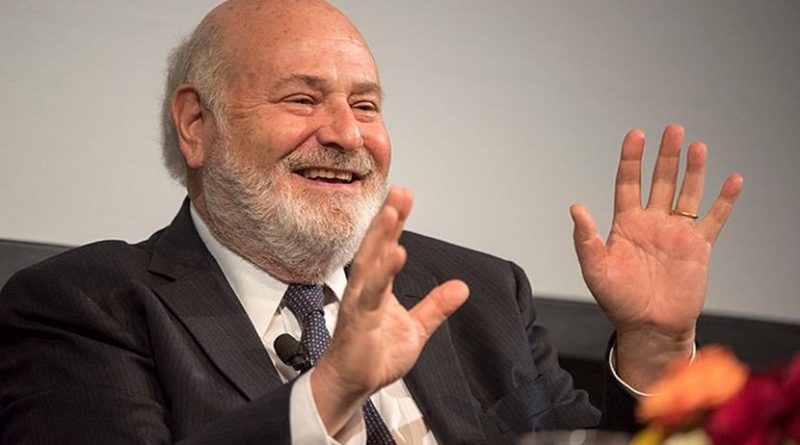 A good deal has been said about the Rob Reiner promoted Committee to Investigate Russia. The liberal Democratic Party Hollywood director/actor, explained the need for this organization with a series of absurdities during a September 19 segment on Lawrence O’Donnell’s MSNBC show. Of course, the Democratic Party connected O’Donnell didn’t bother to second guess any of Reiner’s outlandish comments.

That particular segment isn’t available at the webpage for O’Donnell’s show. Perhaps this is an understated admission of poor advocacy (on the part of Reiner) and overly partisan journalism (regarding O’Donnell). In that segment, Reiner confuses the suspect claim of Russian meddling in the 2016 US presidential election as a clearly established fact, while likening that stated behavior with the Japanese attack on Pearl Harbor and the 9/11 tragedy. (I’ll refrain from repeating the counter-observation to Reiner’s overall take, by noting that this has been addressed in some of my previous commentary.)

With a day’s advance notice, I was pleased to see Reiner scheduled for a September 21 segment on Tucker Carlson’s Fox News show. Among his US mass media TV peers, Carlson continues to stand out as the most objective on Russia related issues. Carlson’s exchange with Reiner was more challenging than what O’Donnell offered. In answering Carlson, Reiner better explained his position – albeit with a broad generality that lacks matter of fact specifics.

Reiner’s advocacy has been aided with the input of Hollywood actor/producer and narrator Morgan Freeman, who has narrated the collapsible spin of the foreign policy establishment likes of James Clapper, Max Boot and David Frum. These individuals are involved with the Committee to Investigate Russia.

Boot and Frum have been spinning the faulty neocon line for years. Clapper’s bigoted anti-Russian comment drew little (if any) criticism from a society that’s aghast when such bigotry is directed at some other groups. According to Clapper’s characterization of Russians, he might’ve some Russian background, given his own track record.

The Cold War era Hollywood film “The Russians Are Coming, the Russians Are Coming“, highlights the initial paranoia Americans had when the crew of a  “Russian” (Soviet to be precise) submarine seeks to secretly get a boat to assist in getting their submarine out of a sandbar off the US coast. In turn, this Soviet contingent felt insecure about openly asking for help. When the two sides suddenly become aware of each other, a potential shootout is averted when the life of a boy stuck on a church roof becomes endangered. This occurrence brings the Soviet seamen and American citizens together for the purpose of saving the youngster.

Reiner’s father Carl, played a lead role in that movie, when the US and USSR were engaged in a more actual Cold War than what’s evident in the present day between the US and Russia. From the period of that movie, the contact between people from the USSR and Russia was quite limited. Now, some Americans play in Russian ice hockey and basketball leagues and vice versa. Whenever I’m in Manhattan, I typically overhear Russian spoken.

A Russian presence is evident in some other parts of New York and elsewhere in the US. Contrary to what often gets presented in mass media, this scenario involves people with an appreciation for their country of origin and current national residence, whether as a US citizen or otherwise.

Rob Reiner achieved considerable notoriety when he played Michael Stivic, the liberal son-in-law of Archie Bunker, in the legendary 1970s sitcom “All in the Family“. This TV series is set in Queens County, New York City, the borough where US President Donald Trump grew up – noting that he resided in the wealthier section (Jamaica Estates) unlike Archie and his family (in Astoria). Archie is depicted as a conservative bigot, who nevertheless exhibits the ability to become more tolerant, while maintaining some of his prejudices. At times, Michael is portrayed to be somewhat of a liberal hypocrite.

In that series, the meathead term given to Michael by Archie, applies to Rob Reiner’s current Russia related advocacy. Along with some others, many age sixty and over Democrats continue to rehash the suspect claim of Russian meddling, that takes attention away from the real problems facing the US. Especially pathetic is Hillary Clinton’s blame game book tour on why she lost to Trump.

For mutually beneficial reasons, Russia can serve as a plus for the US in the areas of business and geopolitics. Rather than focus on this particular, “Russiagate” continues to take center stage within US mass media.

Michael Averko is a New York based foreign policy analyst and media critic.