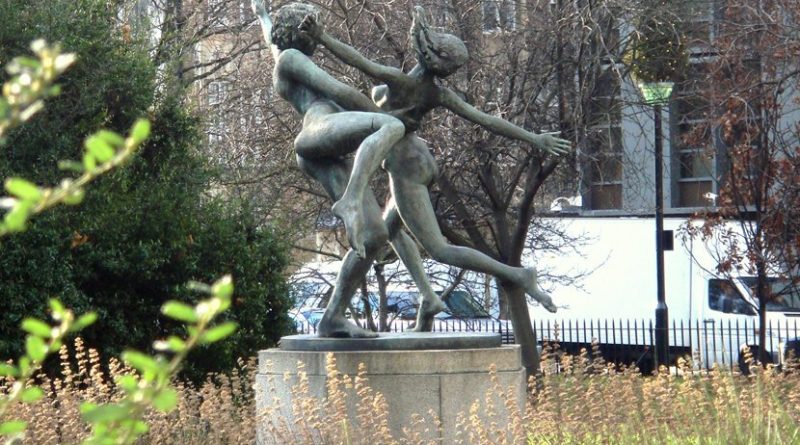 Pope Francis likes to talk about how we have created an “economy of exclusion.” For example, in his apostolic exhortation Evangelii Gaudium, Pope Francis wrote, “Just as the commandment ‘Thou shalt not kill’ sets a clear limit in order to safeguard the value of human life, today we also have to say ‘thou shalt not’ to an economy of exclusion.” Interestingly, when Pope Francis raises this question, he is accused of being anti-capitalist or anti-free market.

There is no country in the world where exclusion from markets is not a problem, at least to some extent. Whether it be the crony capitalist economies that are characteristic of many low- and middle-income countries or the dysfunctional labour markets in much of southern Europe, it is the least-well-off who suffer.

In Britain, there is a specific, serious problem of this kind which has a huge impact on the living standards of the poor. The land-use planning system ensures that the better-off can use their influence to prevent houses being built.

The system by which it is decided whether land can be used for housing or business development in Britain has been entirely controlled by the state since 1947. Huge swaths of land are designated “green belt” on which development is not permitted. In most other areas, it is extremely difficult to build houses.

The result of this is a chronic shortage of houses. The UK also has amongst the smallest dwellings in Europe. (See Morgan and Cruickshank, Quantifying the extent of space shortages: English dwellings, Building Research & Information, 2014, 42:6, 710-724.) Furthermore, the housing stock is of poor quality, with many people living in an accommodation that is inadequate by modern standards.

A shortage of supply, of course, leads to high prices. The UK, together with Australia, is an outlier when it comes to the problem of high housing costs, and it is a problem driven entirely by the government creating an “economy of exclusion.” This situation, it should be noted, is not a natural consequence of the UK’s relatively high population density. If the regions of Switzerland, Belgium, Germany, Holland, and the UK are ranked by their density (excluding single conurbations), no UK region appears in the top 10. Indeed, less than five per cent of the southeast of England comprises buildings or transport infrastructure. (The problem of housing costs is greatest in the southeast. However, the southeast is less densely built on than the West Midlands and in Surrey – one of the most expensive areas for housing – more land is used for golf courses than housing.)

According to Countrywide, the average person in his or her twenties will spend about half his or her post-tax income on rent for a one-bedroom property. UK government (ONS) figures published in 2015 show that the ratio of median monthly rent to median monthly salaries in Westminster (the most expensive area of the country) was more than 78 per cent. Also, 18 London boroughs were amongst 25 areas where the rent-to-income ratio exceeded 50 per cent. The ratio of house prices to average earnings in the UK is 5.89. There are few areas of Britain where houses are cheap relative to salaries by international standards.

People are literally excluded from the housing market by prohibitions on building; they are prevented by the cost of housing from moving from areas dominated by high unemployment or low wages to areas of high wages and low unemployment. High land prices lead to higher business costs and less business competition, raising other household costs. And the least-well-off are prevented from having dignified housing and attaining a level of disposable income after housing costs that would allow them to buy other necessities and have some money left over to save for times of greater need.

Indeed just this month, the UK’s National Audit Office (a government body) released a report that suggested that high rents, rather than family breakdown, had become the biggest cause of homelessness.

The main objection to more housebuilding is environmental. It is difficult to make that case when such a small proportion of the UK has been developed for housing. However, there is a rarely mentioned aspect of the environmental problem: Farmland is often an environmental desert.

A major study conducted by Dr. Ken Williams of Sheffield University eight years ago found that a typical garden contains thousands of worms, invertebrates, spiders, and around 250 different varieties of plants. By contrast, farms often contain just one plant (wheat, corn or maize) pollinated by the wind, rather than by insects. Farmland covers 75 per cent of the UK and wildlife has been in catastrophic decline in this uniform, sterile culture. Since 1970, the number of total birds on British farmland has fallen by one-half and butterflies by one-third.

In Britain, no single policy would benefit the poor more than a liberalisation of planning regulation. It would help ensure that all families could own a property (home ownership is at a 30-year low), something which many proponents of Catholic social teaching regard as intrinsically valuable. Whatever the fears that many have from over-development, counter-intuitively, in many respects, more building on land hitherto used for agriculture might well actually also improve the environment.

About the author:
*Philip Booth is Professor of Finance, Public Policy and Ethics, St. Mary’s University, Twickenham, which is the UK’s largest Catholic university. He is also a senior academic fellow at the Institute of Economic Affairs (IEA).

Home » Environmentalist Policy Is Creating An ‘Economy Of Exclusion’ – Analysis