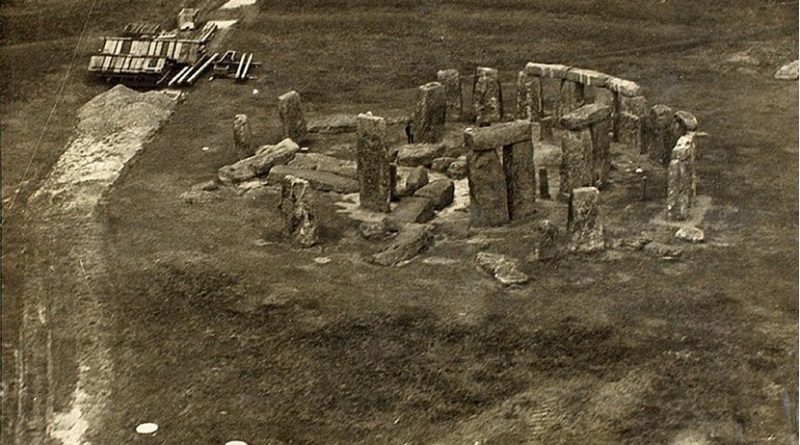 Located on England’s Salisbury Plain, 80 miles southwest of London, Stonehenge, the prehistoric monument featuring the remains of a circle of huge standing stones, has long fascinated archaeologists as well as the general public.

Today, the ancient site—whose true purpose remains a mystery—receives more than a million visitors a year.

For decades the official Stonehenge guidebooks have been full of fascinating facts and figures and theories surrounding the world’s greatest prehistoric monument. What the glossy brochures don’t mention, however, is the systematic rebuilding of the ‘4,000’ year old stone circle throughout the 20th Century.

This is one of the dark secrets of history archaeologists don’t talk about…and why would they, if the fakery comes out, there would be no tourists, which means loss of revenue, loss of TV shows, but most importantly removing England from the historical map… And that’s the period of time they had the builders at Stonehenge recreate the most famous ancient monument in Britain as they thought it ought to look.

This picture above shows workers on the site in 1901 in a restoration, which caused outrage at the time but which is not referred to in any official guidebooks.

Of course it would mean that Stonehenge, the crown jewel of Britain’s heritage industry, is not all it seems. People might be surprised to know that much of what the ancient site’s millions of visitors see, only dates back less than 50 years.

And you thought your news was fake?

Home » Stonehenge Not What It Seems – OpEd

One thought on “Stonehenge Not What It Seems – OpEd”