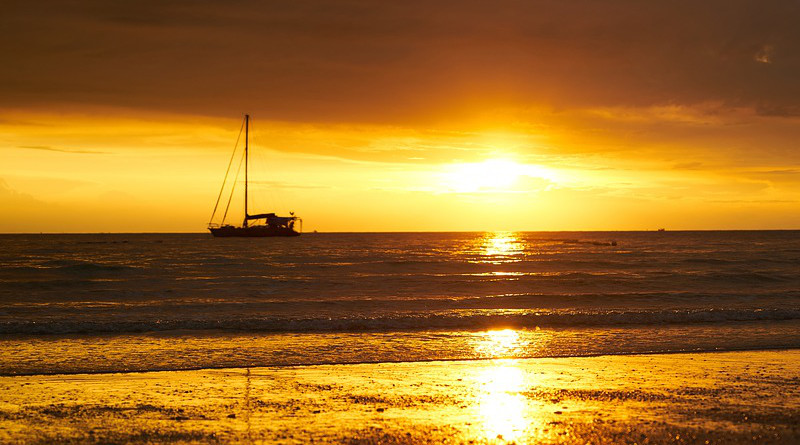 By Anne Uy and Joshua Bernard B. Espeña*

Malaysia submitted a note verbale to the United Nations, strengthening its claims in the South China Sea (SCS), a top security priority of its first defense white paper. The country advanced an appeasement policy toward China under former Prime Minister Najib Razak before shifting to non-alignment policy under former Prime Minister Mahathir Mohamad. We argue that under Prime Minister Muhyiddin Yassin’s administration, the uncertainty of Malaysia’s domestic politics and the COVID-19 pandemic will likely result in a setback for Kuala Lumpur’s note verbale, leaving its position in the South China Sea bland.

On 29 July 2020, the Permanent Mission of Malaysia to the UN submitted a note verbale on its position on the SCS to the Commission on the Limits of the Continental Shelf, whereby it asserts that China’s maritime claims have no legal basis under international law. Accordingly, Malaysia has claims to the southern cluster of the Spratly Islands, where it occupies five features – Ardasier Reef, Erica Reef, Investigator Shoal, Mariveles Reef, and Swallow Reef.

Malaysia’s position followed a series of pronouncements by other claimant states, namely the Philippines, Vietnam, and Brunei, along with the US and China, on their positions on the South China Sea dispute. The statement comes after Foreign Affairs Minister Hishammuddin Hussein declared on July 15 that there had been no Chinese vessels in Malaysian waters in the last 100 days. Notably, former Foreign Minister Anifah Aman and Datuk Seri Anifah from the United Malays National Organisation (UMNO) party criticized Hussein, declaring that he was ignorant or ‘playing politics’ with Malaysia’s maritime and strategic interests.

Despite overlapping claims in the South China Sea, Najib signed multi-billion dollar deals with China, including the procurement of Chinese-made military equipment in 2016, marking a first in Malaysian history. On top of that, Malaysia and China also signed a Memorandum of Understanding on Defence Cooperation, highlighting naval cooperation. Unlike Najib, who welcomed Beijing’s Belt and Road Initiative and stronger military-to-military ties, his successor, Mahathir, sought to renegotiate Chinese- projects under Najib. Mahathir also stressed his preference for the absence of warships in the contested South China Sea and the Malacca Strait.

Malaysia seems to have shifted its foreign policy from that of the Najib government, which leaned towards appeasement to China, to Mahathir, who advocated the “non-alignment” foreign policy, stressing its importance to multilateralism and the non-militarization of contested maritime areas.

It was also under Mahathir’s Pakatan Harapan (PH) government that Malaysia’s first 2020 defense white paper (DWP) was released, showcasing the country’s strategic vision. Notably, the paper identified Malaysia’s maritime claims in the South China Sea as its top security concern. Accordingly, Malaysia’s note verbale serves as the strongest stance of Malaysia on the SCS in recent times and aligns itself with the top priority of its DWP.

The 2020 Malaysian political crisis, which led to the appointment of incumbent Prime Minister Muhyiddin Yassin, first brought some degree of uncertainty regarding Malaysia’s stance on the South China Sea. However, with Kuala Lumpur’s note verbale submission and the meeting of Yassin with Chinese Defence Minister Wei Fenghe on 7 September 2020, in which the two sides exchanged views on the South China Sea, combine to suggest a commitment on the part of the Yassin government to uphold the top priority of Malaysia’s DWP.

But how does the new Malaysian government and the first ever DWP align itself with Malaysia’s strategic culture?

Understanding Malaysia’s strategic culture necessitates knowledge of the country’s context, as defined by its geography and history. Malaysia’s DWP states that Kuala Lumpur is a “maritime nation with continental roots.” Accordingly, Malaysia’s geographic configuration has been “both a blessing and challenge” since it confronts two theatres – namely the Indian Ocean and Peninsular Malaysia to its west; and Sabah and Sarawak, Western Pacific, and the SCS to its east.

The DWP also points out that its past shapes its strategic perception – as a Sultanate, a Western colony for centuries, and an independent federation. In doing so, Malaysia’s standpoint stresses that it intends to deal with pressing issues, like “uncertain big power competition” driven by US-China rivalry and “complex Southeast Asian neighbors” whose security interests and issues affect them through proximity. Yet Malaysia’s defense concept stresses “activist neutrality,” meaning it would refrain from using force as much as possible because it claims to be a “peace-loving” state.

But when a threat comes to its doorstep, the DWP asserts that Malaysia is ready to confront it through a “concentric deterrence.” Accordingly, threats to Malaysia’s national interests, such as in the SCS, would be addressed with a joint, networked, and credible defense force. For the next ten years, Malaysia would strive to modernize its relatively weak military to defend its interests in the South China Sea.

Malaysia expresses intent to work with other states, especially the Five Power Defence Arrangements (FPDA), with the United Kingdom, Australia, New Zealand, and Singapore on traditional security issues. The FPDA is an informal security arrangement created in 1971 to assist Malaysia and Singapore through consultations against threats by communists and Indonesia.

However, the FPDA does not include foreign invasions into the Exclusive Economic Zones (EEZs). It is understandable because the 1982 UN Convention on the Law of the Sea was not yet released. In this regard, Malaysia would have to stand on its feet to defend its interests in the South China Sea. Despite new geopolitical challenges, the FPDA members keep the arrangement alive. It remains a security guarantee against threats by conducting annual consultations, dialogues, intelligence-exchange, and training and exercises.

As an activist for neutrality, Malaysia strives to play a sensitive chessboard game by working with China and the US. Malaysia perceives that both countries are acting on their interests, which has crippled all cooperative arrangements for SCS claimants. Nevertheless, it seeks to work with both states in the future – with the US as its “longstanding” defense partner and China as its “historic” defense partner.

An important note is that Malaysia considers ASEAN as the cornerstone of its foreign policy, where it looks forward to a “strong and resilient” organization for its defense. Notably, the ASEAN Defence Ministerial Meeting (ADMM) was initiated by Kuala Lumpur during the ASEAN 2006 summit. In that regard, Malaysia would continue leveraging its position in the ASEAN in the future.

The ideas stressed above imply that it strives to become self-reliant with a reputable image in the international community, but is still wary considering its geography, history, and the current US-China rivalry. While Najib has tilted Malaysia to a Chinese-reliant economy, Mahatir revamped it into a pragmatic posture.

Although Yassin’s position in the SCS was made clear, the current COVID-19 crisis and possible political backfire from the opposition would impede him from taking either a confrontational or passive approach to the SCS in the short-term. This dilemma leaves the note verbale bland and hanging. But with the DWP in place, Malaysia’s next decade would embark on a long, challenging journey in this tumultuous world.