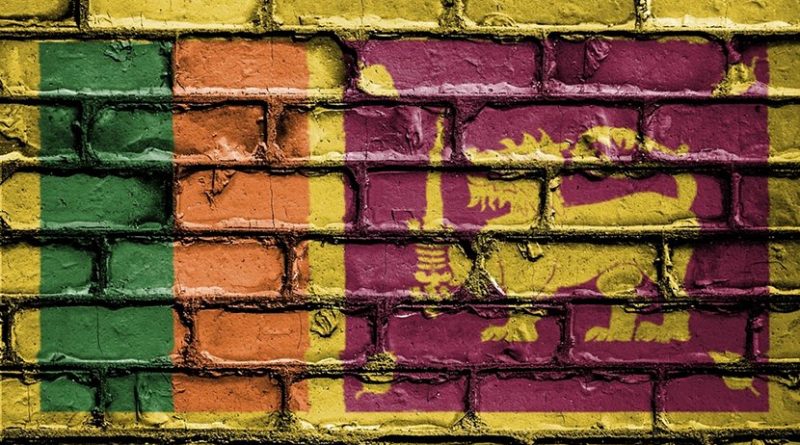 Just as everyone thought the 20-th Amendment (20A) to the Sri Lankan Constitution was a done deal, President and PM have got cold feet. Opposition is mounting but I don’t see how the leaders can backout without great loss of face; most likely the regime will push it through. Though all MPs of the ruling coalition seemed to be on board there is much internal hand wringing. In society and the media at large, I have never seen such a chorus of opposition to any proposed legislative enactment in Sri Lankan history.

Gotabhaya Rajapaksa (GR) won the presidency handsomely in November 2019 and in sturdy positive feedback brother and former president Mahinda (MR) led a Sri Lanka Podujana Peramuna (common-peoples’ front) led alliance to a landslide victory on 5 August 2020. The SLPP asked for a two-thirds majority to amend the Constitution and nearly got it – 145 seats. The five extra seats needed to reach 150 in the 225-member parliament will come from stragglers, cross-overs or opportunists seeking sinecures.

A long evaluation by Professor Savitri Gunesekere is at

and a critique by Jayampathy Wickramaratne who drafted the now disparaged by the regime 19-th Amendment is available on web and video, respectively, at:

Newspapers are pouring scorn on 20A. A brief enumeration of the worst in 20A is as follows.

Specific erosions: The Constitutional Council, Attorney General, Auditor General, Audit Commission, Procurement Commission, Bribery Commission, and the appointment of CJ and SC Judges have been messed around with despoiling their independence, clipping their wings and making them beholden to the Executive President. All are now extensions of an elected autocrat and we will have government without accountability.  The appointment of car salesmen and property vendors from LA as diplomats and Cook’s Tour operators from the same town as airline chairmen has not gone unnoticed. Viyathmaga is an organisation of ambitious professionals who rallied to Gota in the election period; many have been made State Ministers or corporate chairmen. In the context of (b) a dangerous innovation is an Army organised “orientation training programme” for all 50,000 graduates newly recruited to the public sector. This could well be the ground for recruiting fascistic Brown Shirt brigades. (https://www.pressreader.com/sri-lanka/sunday-times-sri-lanka/20200920/281891595703559).

Both (a) and (b) have been explored in the media and I need only to emphasise that the Gotabhaya presidency is also a sponsor of militarisation unlike JR who was his own master; nor was JR the patron of a family clan based ruling dynasty. The GR-MR regime is transitioning to a Gota-Kamal Gunaratna regime; this makes it more dangerous. JR was unquestioned leader of bourgeoisie and elite; he was Yankie Dickie, which meant he was America’s man. Gota carries no such rank. In the mass mind he shares the stratosphere with Mahinda, parliament despite being more menial than in JR’s time is not his; his ideological footstool is the semi-educated Viyathmaga bunch of self-important plebs, he is not on the inside track of the true-blue domestic bourgeoisie, the West, China or India. Hence Gota’s Administration needed one more footstool, retired and active Brass. Hence his is an administration with dangerous proclivities, but one that can be challenged if it fails to keep step with Mahinda, Cabinet, the SLPP trash-bag and with mass expectations re costs and living standards.

Convicted murderer Premalal Jayasekera elected from the Ratnapura District has been sworn in by the Speaker as an MP presumably on the instructions of the regime, and a nod from the courts. I believe in India a convicted murderer cannot take a seat in Parliament. Recent SC decisions on fundamental rights challenging the President’s powers in election matters and use of public monies are gravely flawed. A convicted murderer of seven Tamils including little children whose appeal was dismissed by a panel of five judges was pardoned by Gota. Like it or not this is the way things will go for the next five or worst case ten years. Those who oppose dictatorship or the regime will get short shrift from police and judiciary. The opposition has to strategize in full knowledge of all this.

There is strength in size. Though the government secured two-thirds the other one-third, if it unites, is also strong. If the economy is in distress, if grumblings that some in the SLPP-SLFP, the lumpen Dead-Left and pro-government Tamils and Muslims are worried that 20A goes too far is correct, if trade-unions and the liberal middle classes are energised and if, and this is a big if, the judiciary sprouts the semblance of a backbone, then the regime will come under challenge. Though even in the best scenario the combined opposition remains weak the balance may float in time. The regime’s strength, more than the two-thirds, is mass faith– “janadhipathi mokak hari kerala dei” “The president will do something”. It is if this confidence declines that the divisions I just spoke of, will surface. Discontent against authoritarianism will surface in the near-term if the economy deteriorates fast and if 20A is challenged on the streets.

Lanka is Rajapaksa country; the mass psyche resonates with ‘Rajapaksaism’ as Medieval Europe was inured to the Church. Deep Rajapaksasim was explicit in January 2015; it was to defeated Mahinda’s ranch that thousands flocked in pilgrimage, it was to him that they vowed fealty. This bond will not be easily severed or diluted. there is a psychological manifold embracing the Rajapaksa ethos and the Sinhalese mass. Behaviourally it manifests as political consciousness and in voting patterns, in the subconscious it is deeper such as we have seen at other times in other places. Spiritually, both resonate in their modes of thought; passions of the same genre. The regime is populist but for the mass corruption is OK if the corruption is populist. Most interesting for this essay is the subliminal slice of this embrace; a willingness to overlook and forgive, corruption, crime and crudeness.

The bond will be strained by economic adversity but it remains to be seen whether hardship will drive the mass away from the Rajapaksa ethos. The oath has person-to-masses overtone as with Mussolini and Peron; forget the SLPP, it is burlesque. The dicey economy, the prospect of defaulting on foreign debt repayment, the inability to address Muslim and Tamil concerns, the unmitigated mess in arranging the return of 60,000 Lankans stranded overseas enraging their relatives, and universal condemnation of the political motives behind 20A, are the downside facing an apparently strong regime.  An important element is Sinhala nationalism, but not exultation in war victory alone. It is abhorrence of demands to bring the military to justice in domestic or international courts. The regime will not, and this is a further factor. These factors gel together to fashion Rajapaksa-land.

Analysts can wait to see how this pans out; political activists can’t. The need is to get down to work now, not after the ship of state starts sinking. It is the subliminal that will fracture first if there is turmoil in the economic domain. We need to turn to proposals for action. A coalition of diverse forces is the common-sense starting point. A huge mistake would be to imagine 20A can be defeated in parliament, or at a referendum if granted. The perspective has to be a durable campaign against attacks on democracy and people’s rights that can be sustained for years after 20A is enacted. The priority is to nurture broad multi-class and multi-party alliances. Unconditional defence of 19A is unwarranted, its defects arising from conflicts in the Sirisena-Ranil government must be critiqued. En passant, I need to add that the epitaph of many in this Parliament will read “This person was so unprincipled that he/she voted for the mutually contradictory 17-th, 18-th, 19-th and 20-th Amendments. Phew!”

18A reversed the gist of 17A and removed the conventional two-term limit on the presidency. 19A repealed 18A deeming it an abomination. Now 20A seeks to emasculate 17A and 19A. Scores of opportunistic MPs voted for 17A and 19A will now vote for 20A! The horror in the mind of the educated classes is that to call them skunks is unfair by these relatively harmless stink badgers.

The gist of the Amendments is as follows:

17A: Created the Constitutional Council and a few Independent Commissions (IC)

18A: Removed Presidential term-limits because MR wanted to run for a third term (He was defeated by a very inept Maithripala Sirisena who didn’t even dare to run for a second term).

19A: Repealed 18A, created more ICs and trimmed Presidential executive powers. The government was a collation between Ranil Wickremesinghe’s UNP and Sirisena’s SLFP. It was broadly progressive but filled with loop-holes in an impossible attempt to keep both President and MP satisfied.

20A: Will roll back to the pre-19A and pre-17A Executive Presidential system and worse as enumerated in (a) to (g) above.

Autocatalysis in chemistry is when two processes support each other and together gain strength and momentum; in engineering it’s called positive feedback loop. Gota’s victory catalysed the general election victory, an SLPP parliament is autocatalyzing more power to Gota via 20A, in turn there will be more ministerships and opportunities for enrichment which will bind these beneficiaries and Gota tightly. But politics, like ecosystems – unlike chemistry in a test-tube – is an open system where energy and influences flow in and out from the surroundings.

What may break this incestuous arrangement will have to be from the outside; protests against rising costs (economy), awakening sensitivity to the perils of 20A (politics), anger at the shameful neglect of refugees quarantined in appalling conditions overseas (crisis subsequent to great Covid-19 successes), unified opposition militancy (organisation), or foreign “meddling” . (Michlette Bachelet of the UN Human Rights Commission has fired the first salvo saying 20A could be a threat to human rights).

It is fusing of two or three of these impositions that may implode the innards of the autocatalytic cauldron. To this extent I amend my previous remark that we are stuck with autocracy for the next five or ten years.