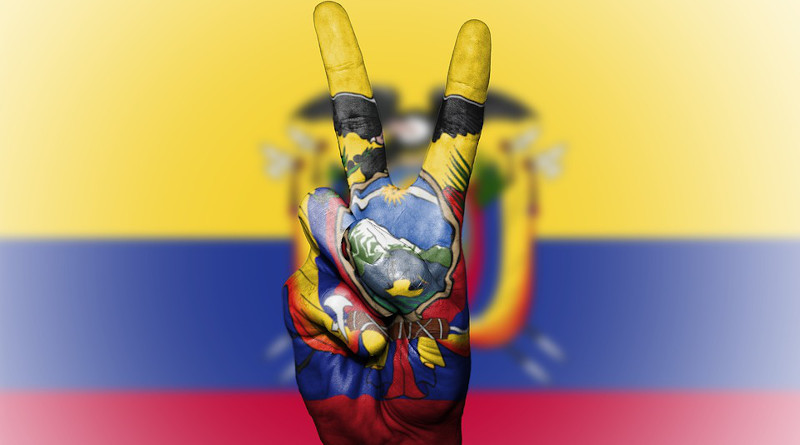 Thirteen former Latin American presidents issued a statement on September 19 expressing their “deep concern over decisions adopted by the Ecuadorian authorities” to exclude political parties from participating in upcoming elections.

They were joined by numerous former officials, including eight foreign ministers and a former secretary general of the Organization of American States, José Miguel Insulza.

“In the next few days we will see what remains of the democracy that formerly prevailed in Ecuador,” said Ernesto Samper. “It has become something of a one-party state by law, where the government gets to decide who can compete and who cannot in elections.

“The biggest threat right now is that the government will increase its grip on power by excluding the leading opposition candidate and his party.”

The main concerns of these leaders have to do with the use of illegal maneuvers since 2017 to marginalize and exclude from politics the adherents of what was, before this political persecution began, the country’s most popular political movement — as well as the former president Rafael Correa.

In an attempt to exclude the former president from politics altogether, the current government charged Correa with ordering a failed 2012 kidnapping. The case has since fallen apart, after a police sergeant fled to Argentina and announced from his exile that he was threatened to implicate Correa.

But the government has come up with another case based on dubious corruption charges. A notebook that was written four years after the alleged events that it narrates, in the present tense, was used as the main evidence to sentence Correa, in April 2020, to an eight-year prison term and strip him of his political rights for 25 years. Correa’s appeals and cassation hearing, which was held in a record-breaking 17 days, were sped up in order to bar him from registering his candidacy in September 2020 to run for vice president in the February 2021 elections. The judges that upheld his sentence were all named by Ecuador’s Judiciary Council after the Moreno government intervened and appointed loyalists.

Since 2018, President Lenín Moreno has painstakingly taken control of Ecuador’s autonomous institutions, including the Judiciary Council, the Constitutional Court, the National Electoral Council, the Prosecutor General, and the Comptroller General.

In the next few days, Andrés Arauz and Carlos Rabascall, the respective presidential and vice presidential candidates from Correa’s movement, will register their ticket with the electoral authorities. After favorable polls were released indicating that Arauz holds a clear lead over all other candidates ahead of the upcoming presidential elections, there have been rumors that Moreno and the government-controlled electoral authorities may decide to block the Arauz-Rabascall ticket.

“The most fundamental democratic rights to free elections are being terribly eroded in Latin America right now,” said Jorge Taiana, former foreign minister of Argentina. “It is now clear that Bolivia’s democratically elected president, Evo Morales, was overthrown in a coup that was aided by false accusations from the Electoral Observation Mission of the Organization of American States.

The US Congress is taking action to publicize this problem, which is a great thing, and it, along with other government bodies should turn its attention to the creeping authoritarianism underway in Ecuador before the Ecuadorian election takes place, since honest oversight is badly needed.”

Mark Weisbrot, Co-Director of CEPR, noted that “the Trump Administration has formed an alliance with right-wing Latin American governments to use the OAS as an instrument of its goals in the region. And the dangers are severe: the de facto government in Bolivia installed by the Washington-backed military coup has already committed two massacres, clamped down on journalists and persecuted politicians; according to a report from Harvard Law School’s (HLS) International Human Rights Clinic and the University Network for Human Rights (UNHR), the month following the coup was ‘the second-deadliest month, in terms of civilian deaths committed by state forces, since Bolivia became a democracy nearly 40 years ago.'”