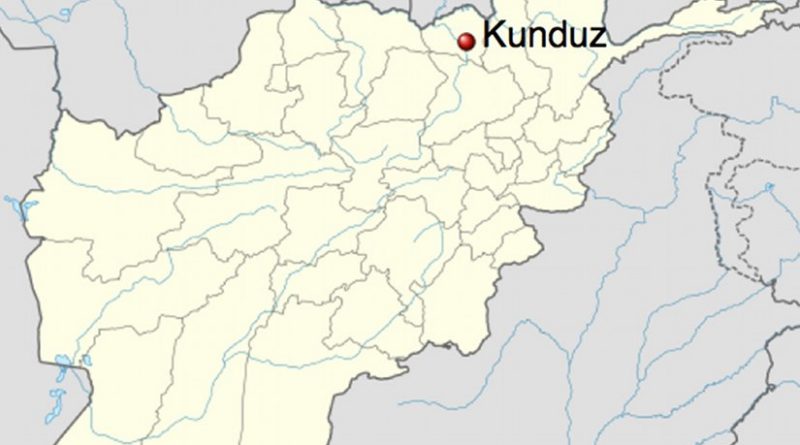 The capture of Kunduz in northern Afghanistan shows the Taliban ability to strike at urban centres away from their southern strongholds. The Afghan government is dependent on the continued presence of US forces and peace remains elusive.

The caputure of Kunduz, albeit for a few days, late last month by the Afghan resistance – still branded as ‘Taliban’- raises questions of what next for Afghanistan? Kunduz is the northern most district of Afghanistan, adjacent to Kyrgyzstan, and links with Kabul in the south. The capture will have implications over the entire security preparedness of the Kabul regime.

Instead of soul searching after the fall of Kunduz, and with the ‘Taliban’ threatening Ghazni, the Afghan government, as usual, blamed Pakistan for the attack. Kunduz is nearly 1,000km away from the Pakistan border. This puts further strain on the testy Pakistan-Afghanistan relations.
Taliban still a potent force

Kunduz demonstrates the ‘Taliban’ ability to strike at urban centres far away from their traditional strongholds in Southern Afghanistan. The capture, while sending shock waves, means that ‘Taliban’ remain a potent military force and that peace will be elusive till a political settlement is reached with them or if they are militarily defeated.

Several reasons are attributed to the lack of resistance to the ‘Taliban’ onslaught. The ethnically based units – Tajik, Hazara, Uzbek and Turkmen actually reflected the divisions rather than diversity of the province, according to the New York Times. Pashtuns, who form the majority in Afghanistan, were largely left out of the arrangement, reinforcing their sense of alienation especially in northern Afghanistan.

Emboldened by this dazzling foray into Kunduz, the new Taliban chief Mullah Akhter Mansoor will find it easier to stamp his authority over the organization. The stunning seizure of an important city laid to rest, for now, any impression of fissures due to leadership struggle within the ‘Taliban’ movement following the announcement of Mullah Umar’s death. The Taliban are now more likely to adopt a tougher stand during the next round of negotiations with Kabul, if at all it takes place.

Many Kunduz residents admit ‘Taliban’ fighters hiding within the city in people’s homes led the assault in what can be described as an inside out offensive. There is a double blow here – that a significant number of Taliban fighters were able to evade the Afghan government security apparatus to camp within the city and second, the capture testifies to the growing disaffected local population, especially the Pashtuns, who were prepared to provide shelter to the resistance.

Kunduz also proves that ethnic and tribal loyalties and regional warlords are still a more powerful phenomenon than allegiance to a national government based in Kabul. And with several important posts still vacant, Kunduz’s fall demonstrates that the national unity government remains paralysed by inaction due to mutual hostility between Mr. Ashraf Ghani and Mr. Abdullah Abdullah. The credibility of the US brokered power sharing deal between the two bitter rivals therefore, comes under question.

President Ashraf Ghani’s attempts to make Kunduz as his new governance model, despite selecting a western educated Omar Safi, a political start-up, as governor also collapsed due to ethnic loyalties amongst the security forces and tenuous power sharing with Dr. Abdullah Abdullah.

The city takeover was indeed a psychological blow to the national unity government and ‘ignominy’ for the Afghan National Army and the police.

With prospects of more such attacks from the resurgent ‘Taliban’ the Kabul regime is quite shaken. The real fear lies in the possibility if the ‘Taliban’ hold on to an area for a significant time it is likely to lead to defections thus denting Kabul’s ability to beat them back.

Most Afghan watchers agree that the ‘Taliban’ have extended their reach to more of Afghanistan now than at any time since 2001. Sources confirm to me that on an average 100 big and small ‘Taliban’ related violent incidents occur daily. The NYT reports that UN Assistance Mission closed four of its thirteen offices across Afghanistan during September due to security fears. These are the echoes of the worst of Afghan civil war.

Gulbuddin Hikmatyar the elusive head of Hizb-e-Islami believes that the Kunduz attack was stage managed so that the US forces can be made to stay back beyond their scheduled withdrawal by the end of next year. This is confirmed by President Obama’s announcement on 15 October of delayed draw down of US forces beyond 2016 – leaving the task of complete US withdrawal from Afghanistan on his successor.

The US decision to delay troops draw down costing US$14 billion annually confirms that the unity government in Kabul is unable to sustain itself without the US military presence. Similarly it is an admission that the Afghan National Army on which the US spent $65 billion since 2001 is unable to cope with the growing resistance to foreign presence in Afghanistan.

The road from here on is not easy. The Kabul government is unlikely to survive even in the medium term without foreign troops. Presence of foreign troops will continue to draw resistance. The ‘Taliban’ are gaining ground on pure nationalism.

After a period of bonhomie Afghan – Pakistan relations are on the slump. The Kabul government, instead of always shifting blame on Pakistan must take on responsibility of governance. With this … backdrop there is trouble ahead unless Pakistan’s concerns are also addressed and the two countries cooperate in handling a common problem.

*Sajjad Ashraf is an adjunct professor at the Lee Kuan Yew School of Public Policy, National University of Singapore. He was Pakistan’s High Commissioner to Singapore 2004-2008. He contributed this to RSIS Commentary.