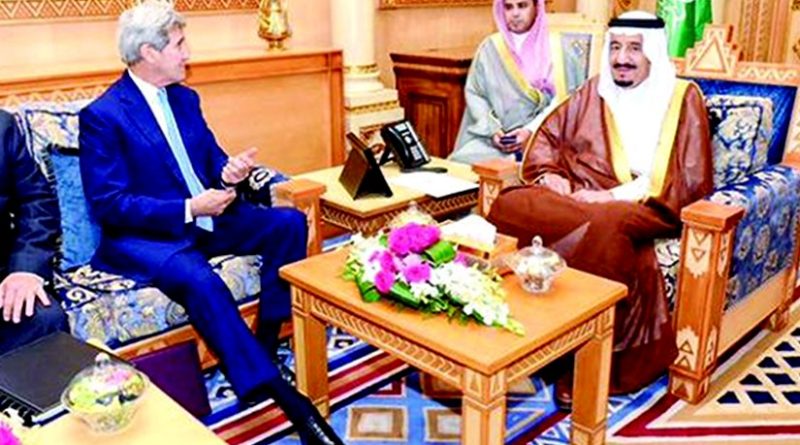 Saudi Arabia’s Custodian of the Two Holy Mosques King Salman held talks with visiting US Secretary of State John Kerry on Saturday, discussing bilateral relations and the security situation in the region with special reference to Syria.

American embassy officials, contacted by Arab News, refused to comment on Kerry’s visit and his talks.

Kerry, currently on a regional tour, arrived in Riyadh late on Saturday from Amman, where he said he had made progress in talks with Jordanian, Palestinian and Israeli leaders.

In Jordan, Kerry outlined steps including Israeli-Jordanian surveillance, which may ease tensions over Al-Aqsa compound in Jerusalem following weeks of violence.

Speaking in Amman after meeting Palestinian President Mahmoud Abbas and Jordan’s King Abdallah, Kerry said Israel had given assurances it had no intention of changing the status quo at the site.

Violence has flared throughout Israel, Jerusalem, the West Bank and the Gaza Strip in recent weeks. More than 52 Palestinians have been shot dead by Israelis at the scene of attacks or during protests in the West Bank and Gaza since Oct. 1.