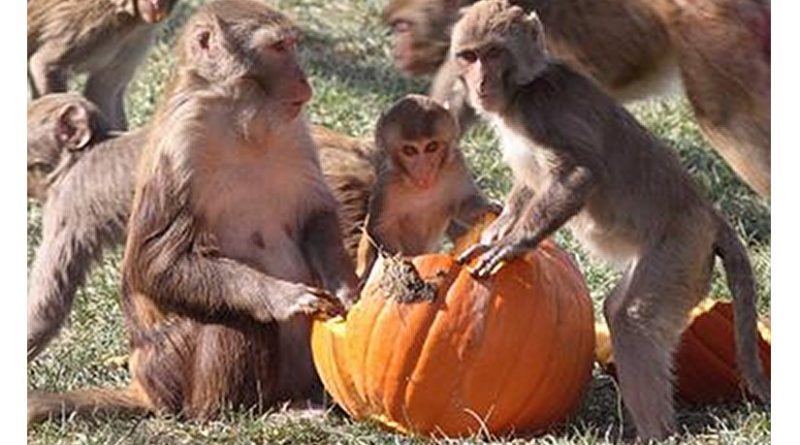 Having strong social connections has many benefits, from splitting the tab on a pizza to having someone with whom to binge watch Netflix. But for rhesus macaque monkeys at the California National Primate Research Center (CNPRC) at UC Davis, uncertainty about where they rank in their social order may mean the difference between being healthy or not.

In a recent study published in the scientific journal PeerJ, center researchers showed that having an uncertain position in the rhesus social hierarchy may be harmful to the health of those at the top of the hierarchy but not necessarily for those at the bottom.

Monkeys don’t have friends lists or Instagram followers. Their social rank isn’t governed by computer algorithms, but by many complex factors according to postdoctoral researcher Jessica Vandeleest and Brianne Beisner, associate project scientist in the Department of Population Health and Reproduction, UC Davis School of Veterinary Medicine and the center’s Brain, Mind and Behavior Unit, who are first authors of the study. Still, the monkey model established by the UC Davis researchers could one day help doctors learn more about the way that social hierarchy affects the health of humans.

“Low social status is generally thought to lead to poorer health, yet so many exceptions undermine this apparent association that it is difficult to draw a direct relationship between status and health,” Vandeleest said. “In most studies, social status is typically represented by a simple rank order, a hierarchy where someone is ‘top dog’ and others rank in successively lower positions, with higher ranks getting the best and most of everything. Yet social status is more complex than just simple rank. Another, perhaps more important aspect of status is certainty of social status.”

Vandeleest, Beisner and collaborators lead by Professor Brenda McCowan, School of Veterinary Medicine, measured the level of certainty or uncertainty of the monkeys’ social status in captive rhesus monkey groups at the CNPRC. They did this by observing how the monkeys interacted with each other – in cases where the monkeys were not interacting directly with other monkeys, their relationships were inferred through mutual social connections. The team used these indirect connections to decipher the social rank of the animals and how well they fit in the hierarchy.

The researchers discovered that high ranking monkeys with low certainty of their social status showed higher markers of inflammation, which can be a sign of a chronic disease state such as diabetes, than those with very certain status. So high-ranking monkeys may experience some health risks, but only when their position is questionable and they are consequently at risk of losing their status.

Vandeleest said the results of the study show that status uncertainty alone may be a risk factor for acute diseases. The results also indicate that uncertainty in status over longer periods in relationship to rank are related to chronic disease states as well.

Home » Uncertainty About Social Rank Could Be Bad For Health