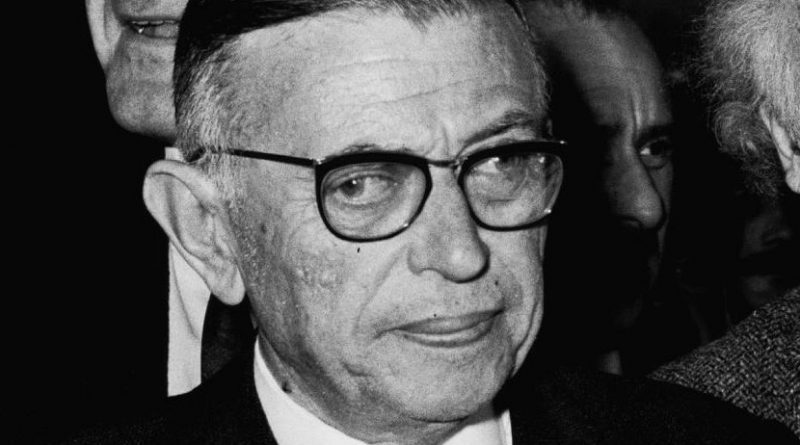 Jean Paul Sartre through his writings had elaborately explained the unbridgeable divide between Post-Colonial and anti-Colonial struggle. But, he presented a different nature of Post-Colonial theory and was extensively concerned with the colonial and Third World issues since 1948 onwards.

He also well-defined about the colonial violence in his famous work “The critique of dialectical reason” and became one of the founder of the epistemological revolution. It was Sartre and Algerian Born Philosopher Frantz Fanon, who put the anti-colonial struggle at the heart of the Political agenda as part of their commitment as Marxist. Moreover, they both were influenced by the ideas of extreme Bolshevism.

In “Being and Nothingness”, Sartre rejects Marx argument that “Consciousness is determined by life, by proposing ‘Freedom’ as the central characteristic of being human”. Likewise, Sartre also rewrites Descartian Cogito as “I am my choice, I am my freedom”. What Sartre said; the individuals are not fixed but in a constant state of self-transformation and self-reproduction playing an active role within the masses as conscious assortment of individuals; who make history.

As Marx wrote: “Men makes their own history, but not of their own free will, not under the circumstances they themselves have chosen but under the given and inherited circumstances with which they are directly confronted”. However, Sartre was not agreeing with the Marxian standpoint that individuals are wholly determined by the circumstances (Historical and economical) rather Sartre believed that “Individuals possess responsibilities for themselves”.

Sartre repositioned his philosophy and Political views after experiencing the colonial war in Morocco and, Algeria, when the Muslim Towns of Casablanca and Satif was indiscriminately bombed. He was also a strong supporter of Negritude (The conception of African and Caribbean identity) and has critically worked on racism and tried to approach Racism through phenomenology, via which he associated racism with the ideology of Colonial rule.

It was famous writer Richard Wright, who famously remarked on racism that: “The problem of racism does not lie with Negros rather it is the problem with Whites,” but Sartre elucidated racism in the context of anti-Semitism, what he said; it is the Jewish character, that provokes anti-Semitism. Basically, the main problem lies in the split between annihilated and the Triumph and the colonial legacy of the Western European empires had widened this split. Thus, the anti-Semitism has not created the un-assimilation of Jews rather it is their strange behavior that creates contradiction. What Sartre said: if the existence precedes essence, then the essence of colonized subjects aspiring to a “White-Mask” is one of inauthenticity and bad faith (means I am no longer master of the situation).

On the other hand, Frantz Fanon also staunchly criticized the psychopathology of the Colonial rule, which had given birth to the concepts like inferior subjects or inferiority across the colonial territories. According to Sartre colonial subjects oscillated between the two states, internalizing the colonial ideology of inferiority and being less than fully human—until he or she assumes the responsibility and choses authenticity and freedom. Basically, it was Sartre’s Hegelian training that enabled him to recognize that Power is a Dialectical phenomenon that torturer and tortured, racist and victim, colonizer and colonized, and the powered and the disempowered were all locked in symbiotic relations in which the first could not escape the consequence of his relations with the second. What Frantz fanon said “it is the system that has choked him and reduced him to silence”.

Hegel through his dialectics also put forward the concept of “excluded Middle”, which refers to the spectral presence of subaltern, liminal figures who slip between two antithetical categories. With this preposition Sartre argued; the racial hierarchy is the major ideological pivot of Colonial rule.

Moreover, the Western discourse of “Humanism” and “Human rights” Sartre argued had worked by excluding a majority of world Population from the category of Humanism.

Frantz Fanon and Che Guevara had aphorized this kind of harsh colonial rule in their famous writings “The wretched of the Earth” and “men and socialism in Cuba”, both writings stressed on the necessity of the creation of New men. Thus, both according to Sartre, Che Guevara and Frantz Fanon: “It was through revolution that oppressed could attained their own humanity as well as their Freedom”. What Fanon said:

“At the individual level, violence is the cleansing force; it frees the native from his inferiority complex, despair and inaction”.

It was Karl Marx, who famously argued that, ‘Colonialism has presented Capitalism in a naked form—stripped off the decorated Clothing of the European Bourgeoisie’. And, three kind of divisions emerged during Colonial rule that were the hall mark of Capitalism in its naked form, as follows:

On the contrary, according to Sartre, colonialism has presented a deliberate and systematic form of exploitation that could analyzed with the latter divisions. Basically, Sartre was the first European Marxists who developed the theory of history by encompassing Colonialism and the endemic violence of the colonial regimes. He articulated the material history through the philosophy of existentialism.

*Shahzada Rahim is a postgraduate student of Politics and International studies with keen interest of writing on History, current affairs, geopolitics and international political economy.

Home » Sartre And Frantz Fanon: The Idols Of Colonial And Post-Colonial Studies – OpEd