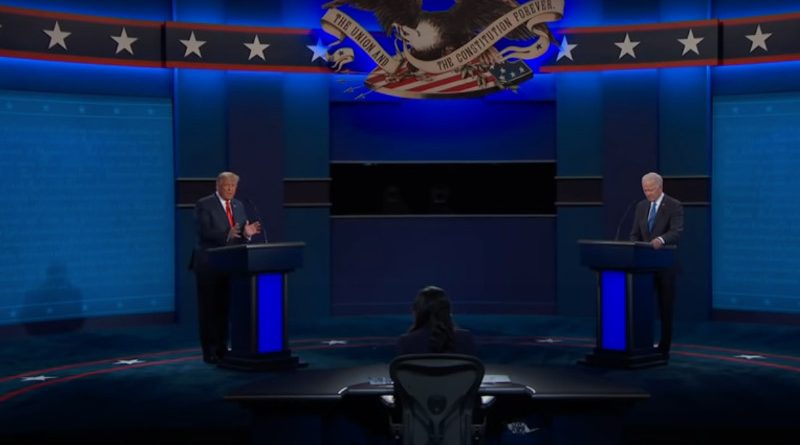 There is much truth in the Latin phrase that translates as, “when the cat’s away the mice will play.” Whether we are talking about parents leaving their hapless oldest child in charge while they go out, teachers momentarily leaving the classroom, or the world of geopolitics — in each case, this sudden loss of the primary authority figure enables chaos to ensue, as others no longer feel bound to behave well. This is the pressing and immediate political risk danger just now, as the US enters a period of undoubted turbulence, centered on the tumultuous 2020 presidential election campaign.

We could well see (my political risk firm puts the percentage at an alarmingly high 50 percent) a chaotic post-election day environment where Donald Trump will have an early lead that is persistently eroded due to mail-in ballots (which favor Democrats) being counted after in-person voting. In such a scenario, the US will spend days adding up these mail-in results, delaying the overall outcome. In this uncertain environment, Trump will surely dispute the result, a flurry of court cases will ensue, and the most powerful country in the world will be left in limbo, its political system discredited, whoever wins the poisoned chalice of the presidency.

In such an atmosphere of American inward-looking and domestic chaos, the rest of the world will not stand still. First and foremost, rising China — the world’s other superpower — will reap a huge propaganda reward from all this election bungling. In fact, if there is election chaos, Chinese President Xi Jinping could be the real winner.

Ironically, despite the coronavirus originating in Wuhan and the Communist Party’s negligent effort in limiting its spread, Beijing has emerged as the real beneficiary of the immediate post-pandemic world. The latest economic figures make this clear. China is set to be the only major economic power to grow during this tumultuous year, at about 2 percent. In contrast, the American economy is set to shrink by a significant 5 percent overall in 2020, while the euro zone declines by at least 8 percent and the UK by fully 10 percent. Relatively, due to its draconian (and largely successful) containment of the virus, China finds itself in a far better economic position than its great power rivals, burdened as they are by an inability to quell COVID-19, as well as taking on huge dollops of debt during their series of lockdowns, with no real relief yet in sight.

Indeed, Xi has an impressive narrative to share with the world; that of domestic authoritarian stability, a uniquely effective (if brutal) public health service, and economic growth in a world where there is none. If the US fumbles its election results, it amounts to another data point heralding America’s decline and China’s rise.

But it is time to take a deep breath here. It is in this febrile environment that China — which has recently been throwing its weight around in Hong Kong, the Himalayan border with India, and in the sky and seas around Taiwan — could well miscalculate. For 20th century history is riddled with the graves of regimes that underestimated the US: Kaiser Wilhelm and Adolf Hitler’s Germany, Imperial Japan, and Joseph Stalin’s Soviet Union.

Beyond its shrill politics, the US private sector remains the innovative wonder of the world. Its graduate schools are the envy of higher education everywhere and it dominates the winning of Nobel Prizes across the board. America is surely the planet’s most dynamic large economy, possessing by far the best military, even if China is steadily gaining on it in all these areas from a low base. Beijing must not strategically miscalculate in Asia or it will rue the day that it did.

Closer to home, Iran — a far lesser power but one also imbued with an expansionistic spirit — is already misunderstanding America. Confident that Joe Biden will win and that the good old days of the nuclear agreement with the West are bound to return, Tehran is nonsensically driving a hard bargain to deign to return to the negotiating table.

While Biden has promised that “if Iran returns to strict compliance with the nuclear deal (which it has in practice abandoned), the US would rejoin the agreement as a starting point for follow-up negotiations.” But this will not prove as easy as it sounds. To get back to the Joint Comprehensive Plan of Action framework, Iran would have to: Decrease its stockpile of low-enriched uranium, dismantle advanced centrifuges constructed around Natanz, and halt its advanced research and development.

To put it mildly, that is not what Tehran has in mind. Overestimating the new US administration’s need for a deal, Iran has called for financial compensation for the damage Trump’s highly effective sanctions have caused as a price for it merely stepping back into negotiations.

To present the Biden team with such an ultimatum would amount to the best present American hawks over Iran have ever received, proving their basic point regarding Tehran’s malign and covetous intentions. A basic lesson of the 20th century is this: Underestimate America at your peril.

Home » Great Power Rivals Underestimate US At Their Peril – OpEd