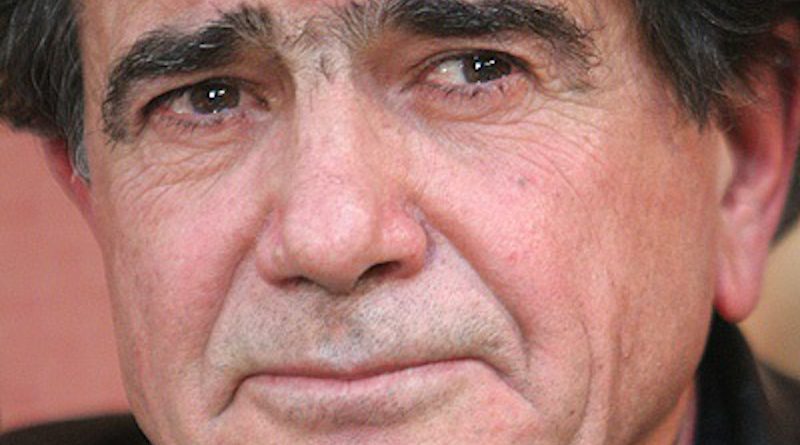 The death of the great maestro of the Iranian vocal art, Mohammad Reza Shajarian (September 23, 1940 – October 8, 2020), led to gaping a wound that had been left open for some time. Old rifts re-emerged, while differences in tastes and conflicts between diverse intellectual and partisan groups were once again exposed in society. A society that is more and more losing a sense of unity after the 2009 presidential election.

It can be said that former President Mahmoud Ahamdinejad is still to be blamed for the current situation as he managed to secure victory in two elections of 2005 and 2009 with wave-riding over social and political divides and bipolarities.

It was right in the midst of street protests against the presidential election results in 2009 when Shajarian joined riots; a move which worsened the piled-up tensions between him and policing apparatuses of Iran. As it got more strained between the musician and rulers, Shajarian perversely and cholerically backfired and crossed more red lines.

Saddened and disappointed, Shajarian committed deeds which he had refused to do for years. For decades he had declined requests to have interviews with western-based media of opposition groups. But now he talked to and posed for photos and videos with opposition satellite TVs and anti-Iran figures. He called Islam the 1400-year-old enemy of music. A sentence that he later tried to amend in an interview with the state-run newspaper “Iran”. He claimed the Islamic Republic establishment was against the progress of any professional person. All of those comments and moves cost him dearly and he was never allowed to hold any concerts in Iran for the rest of his life.

After some years of being on stages at anywhere but Iran, he was to hold a concert in April 2016 in the Azeri capital city of Baku, which is a 1-hour-flight from the Iranian capital city of Tehran, to provide an opportunity for his fans and lovers to go to his concert. In March, a couple of weeks ahead of the event in the neighboring country, the concert was called off as doctors had described Shajarian’s health in critical condition. Then a video was released where Shajarian was talking to camera with a shaved head. In the short video, he offered congratulations on the advent of the new Iranian calendar year and informed his fans that an unwelcomed disease which had been accompanying him for some years had become more serious. It was cancer and a tumor in his brain. He went to the US for treatment. At first, there were good news about his health recovery. But later it was disclosed that radiotherapy had damaged some of his brain tissues. A damage which gradually took his ability of speech and movement and finally took his life on Thursday October 8. The 80 year-old legend passed away at Jam Hospital in Tehran.

Shajarian’s disappointment was not an individual’s frustration. It was the complaint of a host of artists, poets, writers and musicians who had lost their working conditions during the turbulent years of the first two decades after the Islamic Revolution. Those who, in unison with the people during the 1979 revolution, had taken refuge from the dictatorship of the Pahlavi monarchy to the promised democracy of the revolution, but were now a little disenchanted with the outcome.

Some of these artists and figures had chosen to live in a place other than Iran in the 1980s, but Shajarian, who had never emigrated from Iran in all of those years after the revolution, was having a first-hand experience of all the tense moments of those years, and naturally he had nurtured more grievances. Later, when the political atmosphere in the country became more open, he began to criticize in order to make up for all those years when unfavorable conditions were imposed on him.

Some, on the other hand, believe that the tense political climate of the 1980s happened to be in Shajarian’s favor to let him thrive in a monopoly away from more popular rivals and female singers. The majority of celebrities and pop music figures had left the country, and the state-run radio and television were one of those which promoted Shajarian’s music after the revolution.

Shajarian’s demise became a sad moment of bitterness for some, an opportunity for some to protest, and an excuse for others to blame his last decade’s behaviors. From a couple of days before his death, large crowds had gathered in front of Jam hospital in Tehran where he was kept in the ICU ward, constantly chanting a favorite song of him; “Morqe Sahar:  Bird of Dawning”. A song that Shajarian used to conclude his concerts with in the last 3 decades. Originally composed in 1920s, its metaphoric protesting lyrics embodied anti-authoritarian grievances and complaints.

After the death of the great maestro was announced, his son Homayoun Shajarian, who is now one of the most popular singers in Iran, went to the main gate of the hospital and addressed the crowd with a hand-held loudspeaker. He told weeping fans that his father’s body had already been taken out from the hospital and would be transferred to Mashhad after a prayer service would be held next morning at Behesht Zahra Cemetery in the southern outskirts of Tehran. The crowd that had gathered in front of the hospital was shocked by the news of Shajarian’s burial in Mashhad. They hoped to participate at an elegant event in Tehran to bid farewell to the legendary singer of the Persian music.

At first, some people in the crowd blamed the decision on government pressure to marginalize Shajarian’s importance and began chanting political slogans. But Homayoun Shajarian attributed the decision to family members, saying that the only place which deserves hosting his father’s tomb was the mausoleum of Tous where the great 10th-century poet Abol Qassem Ferdowsi is buried. Ferdowsi is renowned for being the savior of the Persian language during the occupation of Iran by the Arabs. His mausoleum is a national monument in Tous which is a suburban district of the Iranian northeastern city of Mashhad.

Faced with chanting crowd, Homayoun Shajarian urged his father’s fans not to turn the funeral and burial ceremonies into a scene of political strife. “My father and his art’s place are much above politics,” he said with tearful eyes.

Despite the public demand for a magnificent funeral ceremony, Shajarian’s corpse was secretly taken out of the hospital with no accompaniment to strengthen the grip over the tense situation. The next morning, while a large crowd had gathered at Behesht Zahra Cemetery, a prayer service was held behind closed doors in a hall inaccessible for people. The ceremony ended before 7 am and the body was quickly taken out. A scheduling that was very strange for the funeral of a famous figure. After the prayer, Homayoun Shajarian went to the crowd and informed them that the ceremony was over and that the next day the burial would take place in Tous.

The crowd was stunned again. The state-owned television and radio service (IRIB) which enjoys a broadcasting monopoly in the country did not provide any accurate information about the prayer ceremony, and its news channel (INN) referred to the ceremony in its news ticker only after the prayer was over.

Meanwhile, the announcement of Shajarian’s death by the state television the day before had already stirred controversy and provoked many reactions. Some considered it to be the end of the years when the maestro was banned from the state TV. Angry commentators and netizens were referring to a frozen frame of the state TV making the announcement as an irony that a dead dissident artist is respectable while he used to be always censored during the years when he was alive. There was another group close to principlists who were also unhappy with Shajarian’s political stances considered the IRIB’s move as an embodiment of the Islamic Establishment’s kindness, benevolence, and tolerance. They said that despite Shajarian’s unfair judgments against the establishment, it showed a respectable behavior in reaction to his death.

There were others who were discontent with government’s refusal to announce public mourning, calling it a public demand. The failure to issue a message of condolences from Leader Ayatollah Seyed Ali Khamenei and former president Ahmadinejad was also criticized by another group.

While the IRIB was failing in coverage of Shajarian’s death and funeral, west-based anti-establishment TVs such as BBC Persian, Manoto and Iran International had full coverage of the details and aired relevant and appropriate programs. They had a range of relevant materials including previous interviews with the late master, footages from his concerts, and interviews with his friends and companions.

Meanwhile, a video clip going viral on social media further fanned social bipolarity when a camera goes to the crowd in front of Jam Hospital asking those who claim to be Shajarian’s lovers to name some of his albums.

Unfortunately, the responders fail to name a work of the late master. Some of them even say that they are more interested in the voice of Shajarian’s son, Homayoun, and have not followed the works of the master himself at all. The short video and the inability of those few people to talk about Shajarian was used as an excuse for a media campaign to ridicule the people gathered in front of the hospital. Some of principlists and opponents of Shajarian argued that the demonstrators were not only unfamiliar with Shajarian’s works but also disinterested in his voice. They came to the hospital only to instigate chaos for political exploitations.

However, some principlist media activists who seemed to have a passion for Shajarian’s art and respected his mastery condemned this video clip. They drew a comparison between Shajarian’s fans and participants at the funeral of Brigadier General Qassem Soleymani, arguing that many of Soleymani’s funeral-goers would have been unable to name the operations he led, if they had been asked in a similar street survey.

Another allegation made by the religious end of the spectrum, who are holding grudge against Shajarian because of the latter’s opposing views on religion and the Supreme Leader, was that the master had died a couple of days earlier but the announcement was delayed. They believed that the date of death and its announcement were manipulated by politicians supporting Shajarian, the hospital and his family. His death was announced a few days later to have a fake coincidence with Arbaeen, which marks the end of the mourning period for Imam Hussein, grandson of the Prophet Muhammad. Arbaeen has a special religious significance and sanctity for Shiites.

All these show that there has been a growing rift between common people and elites, who had reached a temporary alliance in an attempt to overthrow Pahlavi monarchy in 1979. And both the media and political rulers seem to be unable to bridge these gaps. Such events provide good opportunities for anti-Iranian media and Western-based and domestic opposition groups who are fighting against the Islamic Republic to further split in the united ranks supporting the Establishment.