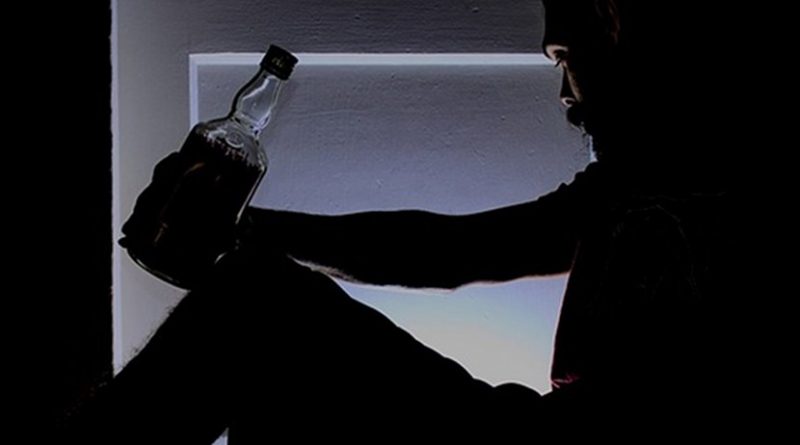 Through intricate experiments designed to account for sex-specific differences, scientists at Scripps Research have collaborated to zero in on certain changes in the brain that may be responsible for driving alcohol abuse among people with post-traumatic stress disorder, or PTSD.

In studies with rodents, researchers found that males and females exhibit their own distinct symptoms and brain features of PTSD and alcohol use disorder. Such differences are not typically accounted for in laboratory-based studies yet could lead to more successful clinical treatments.

The findings, published in Molecular Psychiatry, also present a new model for identifying biomarkers that may indicate a person with PTSD is more likely to develop alcohol use disorder.

“Having PTSD significantly increases the risk of developing alcohol use disorder, as individuals use alcohol to cope with stress and anxiety. Yet the underlying biology of comorbid disorders is generally not well understood,” says Dean Kirson, PhD, a postdoctoral fellow in neurophysiology in the lab of professor Marisa Roberto, PhD, and a co-lead author with Michael Steinman, PhD. “We hope our new knowledge of sex-specific changes in the brain will help propel the development of more targeted treatments.”

About 7 percent to 8 percent of the country’s population will have PTSD at some point in their life, according to the U.S. Department of Veterans Affairs. Causes include combat exposure, physical abuse, an accident or other forms of trauma. Alcohol abuse disorder is also common, affecting some 15 million people in the United States. Those with stress and anxiety disorders such as PTSD are not only more likely to abuse alcohol, but also have increased alcohol withdrawal symptoms and relapse risk.

“Most people know or will know someone struggling with one or both of these disorders and may try to help them. However, there are very few effective treatments currently,” Roberto says. “Both are complex disorders that affect similar brain circuitry. My lab has been studying addiction and stress separately, so here we teamed up with the Zorrilla lab to apply a novel translationally-relevant behavioral model to examine what changes occur when these disorders are comorbid.”

The joint study between Roberto and Eric Zorrilla, PhD–who are co-senior authors–examined behavior, sleep patterns, inflammatory immune responses and levels of a neurotransmitter known as GABA (short for gamma-Aminobutyric acid), which lowers anxiety and increases feelings of relaxation and is a common feature of alcohol dependence.

For both male and female rats, traumatic stress and alcohol exacerbated other behaviors common in PTSD, such as social avoidance startle reactions and defensive behavior. Those who were identified as “drinking-vulnerable” prior to trauma most strongly showed avoidance of trauma-reminiscent places.

“This may be important because there is growing awareness that medicines could potentially have different levels of effectiveness in male and female patients and understanding the biology that explains why these differences exist could improve outcomes,” Steinman says.

The team also found that males exhibited an immune-based biomarker–small proteins known as cytokines, which are secreted by immune cells–that determined vulnerability to alcohol use disorder. The females did not.

In the Department of Molecular Medicine. “These may be important clinically or even mechanistically, but they were unique to males, so we have work ahead of us to find similar biomarkers for females.”

The Roberto and Zorrilla labs plan to conduct additional research into the mechanisms behind the biological changes they observed and test which brain systems can be targeted to treat both PTSD and alcohol abuse.

“We also plan to further investigate the role of the immune system in these disorders,” Roberto says. “These distinct biomarkers may aid in targeted treatment.”