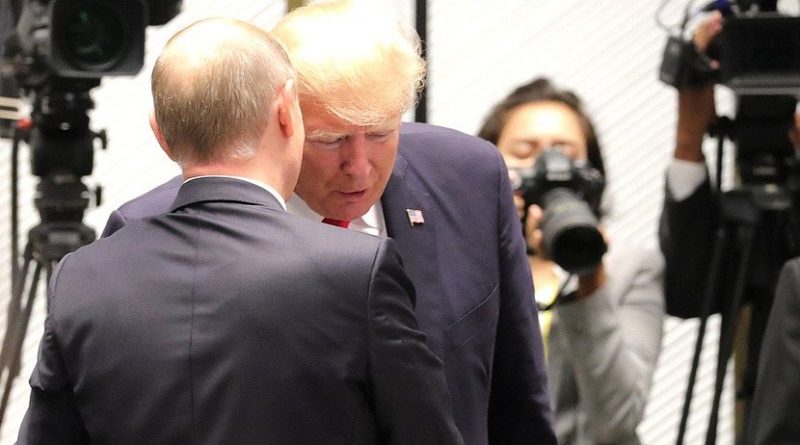 Russia and the United States, after several months of moving forth and back with negotiations, have finally moved closer to agree on extending the controversial nuclear treaty for one year. The one-year short-term agreement was on the initiative, or better still a proposal offered by Russian President Vladimir Putin.

“It would be extremely sad, if this Treaty ceased to exist and was not replaced by another fundamental document of this kind. During all the previous years, the New START worked and worked properly, performing its fundamental role as a constraint curtailing the arms race and a tool of arms control. It is clear that we have new weapons systems that the American side lacks, at least for the time being. We are not refusing to discuss this aspect of the matter as well,” Putin said at the Russia’s Security Council meeting on October 16, transcript made available on the Kremlin website.

“In this regard, I have a proposal to extend the Treaty now in effect unconditionally for at least a year in order to have a chance to hold substantive talks on all the parameters of problems that are regulated by treaties of this kind, lest we leave our countries and all nations of the world with a vested interest in maintaining strategic stability without such a fundamental document as the Strategic Offensive Arms Limitation Treaty,” he further added.

In response, Foreign Minister Sergei Lavrov mentioned that Russia has remained quite proactive in contacts with American colleagues on strategic stability matters in all their aspects, including by emphasizing our initiative to take a decision without delay to extend the New START, set to expire in February 2021, for a new five-year term without any preconditions. This initiative remains on the table.

According to Lavrov, Russia would be ready to continue working on new agreements, clear proposals in furtherance of the comprehensive approach to strategic stability, which have been forwarded to the US side. In reply, the United States has sent its proposals, which have been presented as conditions, or rather preconditions for the extension of the New START.

On October 20, the Russian Foreign Ministry issued an official statement that surprised experts in arms control both, in Russia and the United States. The ministry suddenly announced that Moscow was ready to prolong the New Strategic Arms Reduction Treaty (New START) for one year, undertaking the political obligation along with Washington to freeze the amount of its nuclear warheads for that period.

The official statement said that Russia offers to extend the New START Treaty for one year and meanwhile is ready to jointly with the U.S. undertake a political commitment to “freeze” for the above-mentioned period the number of nuclear warheads that each side possesses.

This position of ours may be implemented only and exclusively on the premise that “freezing” of warheads will not be accompanied by any additional demands on the part of the United States. Were this approach be acceptable for Washington, then the time gained by the extension of the New START Treaty could be used to conduct comprehensive bilateral negotiations on the future nuclear and missile arms control that must address all factors affecting strategic stability, the statement said.

Despite the fact that both Russia and the United States get closer to agree on short-term extension, Russian experts still have deep reservations and oscillating perceptions about the relations with United States. On the other hand, some believed that the decision did not only demonstrate a radical change in Russia’s stance but also would pave the way for future negotiations.

New START is the last major bilateral treaty related to nuclear arms control, Director General at the Russian International Affairs Council, Andrey Kortunov, pointed out in comments to Vedomosti daily newspaper, added that without the agreement, the era of bilateral arms control, which began 50 years ago, would come to an end.

Putin’s initiative was targeted at US President Donald Trump who may need to showcase himself as a champion of peace ahead of the presidential election, Kortunov noted. Russia actually suggested that talks should be continued later, in case Trump wins. “If Trump fails to be re-elected, then [Russia] would continue the conversation with the Democrats. Especially since Biden seems to be willing to preserve the bilateral mechanism of strategic arms control,” the expert added.

Kortunov believes that even if New START is extended, the current arms control mechanism cannot be salvaged. “In any case, there is a need to shift to a new mechanism. Not only in terms of engaging China, but also because of changes in nuclear weapons technologies,” the expert stressed.

In addition to above, Russia’s Izvestia newspaper also reported that Moscow and Washington continued to have different assessments of the future of the treaty. Thus, Russia is sure that the chances of extending the document are “close to zero” because of the position of the United States. At the same time, the US claims that they have reached an agreement, in principle, and would be able to approve all the formalities before the presidential elections in the United States.

“The extension of the agreement is hindered by the current American administration’s efforts to solve its internal problems by using the Treaty. They practically want to receive a certain document for the elections, which can be trotted out as a victory. But the conditions they offer are unacceptable,” Ilya Kramnik, an Expert at the Russian International Affairs Council told the Izvestia newspaper in comments.

Konstantin Bogdanov, Senior Researcher at the Primakov Institute of World Economy and International Relations (IMEMO), believes that Russia was in no hurry to sign the deal under such conditions. “The Americans are increasingly demonstrating their dependence on the upcoming elections. They need at least some ‘paper’ before the national ballot and they are noticeably anxious. That is why right now, before the elections, there will be no agreements on American terms,” the expert assured.

The possibility of extending the treaty will exist until February 2021, with the deal actually expiring only three months later, said Dmitry Stefanovich, a Researcher at the International Security Center, the Institute of World Economy and International Relations.

According to him, Putin is ready to continue substantial discussions of mutual concerns in the strategic field. His order to the Foreign Ministry to get a clear-cut answer from the United States points to Moscow’s annoyance at “the mess in Washington.”

Russia is still convinced that proliferation risks and threats that are rampant today can be eliminated by the strict observance of the Treaty on the Non-Proliferation of Nuclear Weapons (NPT), while respecting and ensuring the balance between its three components: nonproliferation, disarmament and peaceful use of nuclear energy. Moscow and Washington signed the Measures for the Further Reduction and Limitation of Strategic Offensive Arms in 2010. Under the terms, the Treaty concluded for a period of ten years, it therefore means until February 5, 2021.

Home » Russia And US Get Closer To Signing Nuclear Agreement – OpEd