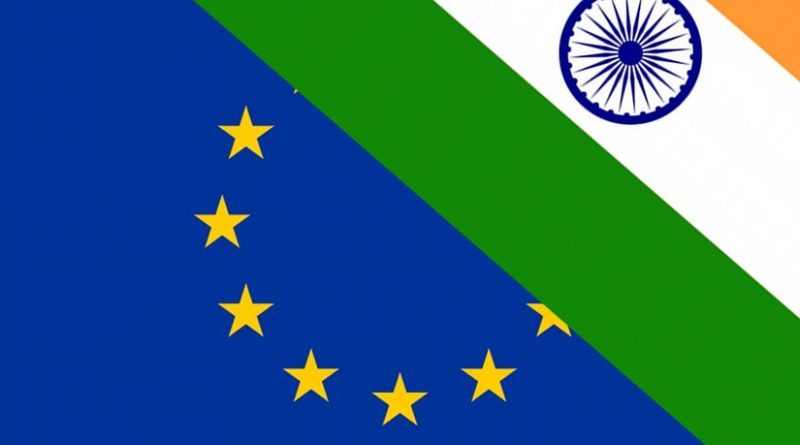 ‘Diversity is our pride and our strength’ declared Indian Prime Minister Modi at a public diplomacy spectacle in London last week. This was very reminiscent of President Juncker’s last state of the European Union address. The two unions of 28 and 29 states respectively, share a strategic partnership since 2004. On paper, the partners make a great couple: the world’s most populous democracy and an entity of 28 democracies considering itself a normative power; a subcontinent launching the ‘Make in India’ campaign and the world’s biggest trading bloc; a state seeking technological innovation and a union applying for one third of the world’s patents; a remarkably young country excelling in healthcare and a rapidly aging continent wondering how to take care of the elderly. India-EU relations certainly have a lot of potential but to date untapped potential. There was no EU-India summit since 2012 although Modi has visited France, Germany, Ireland and the UK in his 18 months as prime minister.

Why has the strategic partnership failed to take off? Being realistic about the meaning of strategic relationships, Godement remarks that ‘the term “strategic” refers more to the absence of divisive issues, than to a joint strategy in the traditional sense.’ The EU-India relationship, however, is characterized by a number of divisive issues. They can be divided into diplomatic sensitivities and deep-rooted structural problems. Both need to be tackled together. Sensitive issues include the unresolved case of two Italian marines who shot two Indian fishermen in 2012 and the EU’s ban on 700 generic drugs made and tested in India. This was a blow to India’s 20 billion USD pharmaceutical sector and contributed to the suspension of the FTA negotiations.

At a recent EU-India think tank conference in Delhi, the one statement made by most participants was ‘we need to get to know each other better.’ The supposedly shared values of the strategic partnership were never spelt out and the partners keep searching for common ground. For the EU democracy goes hand in hand with human rights and the Indian democracy is identified as lacking in this respect. As a post-colonial country, with a strong tradition of non-alignment, India is not eager to be preached to and wants to identify and tackle its own problems. Indian intellectuals also challenge European calls for comprehensive democracy by pointing towards the international system, which is in dire need of democratization. Home to one-sixth of humanity, India claims a seat at the table – in particular in the UNSC. The EU, unable to back this demand due to internal debate, stands to miss the opportunity to engage with an increasingly important BRICS member, who is in principle eager to constructively support the current world order. Apart from the stalled summit process the EU and India only meet in the margins of other international gatherings such as the G20. Additionally, limited staff in the Indian Ministry of External Affairs, imposes viable problems.

From a security point of view, the EU is deeply disappointed about India not backing the sanctions against Russia and Iran. India claims adherence to the principle of non-interference. A statement that can be doubted not only due to India’s recent interference in Nepalese affairs. Vice versa, Delhi fails to see how Brussels could help in balancing sensitive relations with Pakistan and the elephant in the room, China.

Trade is the remaining stronghold of EU-India relations. The EU is India’s number one trading partner with trade increasing from 28.6 billion EUR to 72.5 billion EUR between 2003 and 2014. However, the EU’s share of India’s overall trade decreases as the country diversifies its trade. The 2007 negotiations for a comprehensive FTA stalled due to Indian concerns about opening its markets. Red tape remains a considerable problem for trade and investment with India. In the ‘Ease of Doing Business Index’ India ranks as 130, while some EU member states rank as high as position 3. With TPP concluded, China pursuing ‘One Belt One Road’ in India’s neighbourhood and Modi pushing for economic reforms, there is a good chance to resume EU-India trade negotiations if the drugs issue is meaningfully addressed. In negotiating with a developing country, the EU needs to be more forthcoming. At the same time, the EU has been criticized for dropping the human rights clause that is usually a standard element in its FTAs, criticism that is only to become louder as freedom of expression and freedom of religion are sharply declining since Modi took office. Given both the chances and obstacles, the EU and India individually need to consider how much they are willing to pay for a comprehensive FTA, a minimal FTA or no FTA at all.

Inextricably linked to trade are sustainability and climate change. On the eve of COP21, the two partners could hardly be further apart. India remains a fierce proponent of ‘Common But Differentiated Responsibilities’ and will continue to use coal, the most polluting energy source, on a large scale. The EU should therefore seek to support domestic initiatives like ‘Clean Ganges’ or ‘100 Smart Cities’, while ensuring socially inclusive outcomes.

The wishful thinking of 2004 was replaced with a sense of disappointment in the EU-India relationship. In many ways the apparent disconnect is emblematic for the changes the world has meanwhile undergone. The EU should not miss the historic opportunity to engage with an important player of the coming decades and to be seen as a partner of rising powers, rather than a status quo power engaged in protectionism. A summit in early 2016 will be essential to kick-start relations but it should be well prepared and each side should have realistic expectations of what the other can deliver.