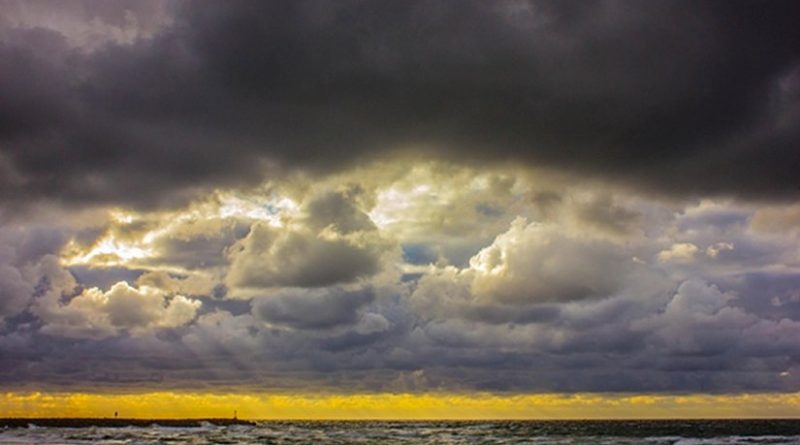 The Northeastern coast of the USA could be struck by more frequent and more powerful hurricanes in the future due to shifting weather patterns, according to new research.

Hurricanes have gradually moved northwards from the western Caribbean towards northern North America over the past few hundred years, the study led by Durham University, UK, found.

The researchers suggest that this change in hurricane track was caused by the expansion of atmospheric circulation belts driven by increasing carbon dioxide emissions.

New York and other major cities along the Northeast coast of the USA could come under increased threat from these severe storms and need to be better prepared for their potential impact, the researchers said.

The findings are published in the journal Scientific Reports. Researchers reconstructed hurricane rainfall for the western Caribbean dating back 450 years by analysing the chemical composition of a stalagmite collected from a cave in southern Belize, Central America.

They found that the average number of hurricanes at the Belize site decreased over time. When the hurricane history of Belize was compared with documentary hurricane records from places such as Bermuda and Florida, this information showed that Atlantic (Cape Verde) hurricanes were moving to the north rather than decreasing in total numbers.

Although natural warming over the centuries has had some impact on shifting hurricane tracks, the researchers found a marked decrease in hurricane activity in the western Caribbean coinciding with the late 19th Century industrial boom associated with increasing carbon dioxide and sulphate aerosol emissions to the atmosphere.

The researchers said that initial regional cooling of the Northern Hemisphere due to increased industrial aerosol emissions should have pushed the hurricane tracks southward since Industrialisation.

But they added that rising amounts of atmospheric carbon dioxide had overridden this effect by expanding the Hadley cell — a pattern of circulating air in the Earth’s tropical belt — pushing hurricane tracks further north, away from the western Caribbean towards the Northeastern USA.

This suggests that from the late 19th Century, manmade emissions have become the main driver behind shifting hurricane tracks by altering the position of global weather systems, the researchers said.

If future trends in carbon dioxide and industrial aerosol emissions continue as expected, hurricanes could shift even further northward, exacerbating the risk to the Northeast coast of the USA, they added.

In 2012, Hurricane Sandy struck the Caribbean and much of the eastern seaboard of the United States, stretching as far north as Canada. At least 233 people died as a result of the storm.

The study’s lead author, Dr Lisa Baldini, in the Department of Geography, Durham University, said: “Our research shows that the hurricane risk to the Northeastern coast of the United States is increasing as hurricanes track further north.

“Since the 19th Century this shift was largely driven by man-made emissions and if these emissions continue as expected this will result in more frequent and powerful storms affecting the financial and population centres of the Northeastern United States.

“Given the devastation caused by Hurricane Sandy it is important that plans are put in place to protect against the effects of similarly destructive storms which could potentially occur more often in the future.”

Co-author Dr Amy Frappier, of the Geosciences Department, Skidmore College, USA, said the research showed Atlantic hurricanes were responding to warming. Dr Frappier said: “Aerosols from volcanoes and industrialisation in the Northern Hemisphere have a cooling effect, which tend to shift moisture belts and hurricane tracks southward, closer to the equator.

“On the other hand, warming from more carbon dioxide in the air tends to expand the Earth’s tropical belt, pushing hurricane tracks further north away from the western Caribbean and towards the Northeastern US.

“This suggests that the tracks of Atlantic hurricanes have responded more to warming than to regional cooling.” The researchers added that the northward shift in hurricane tracks may not reduce the risk of tropical cyclones in the Caribbean.

Co-author Dr James Baldini, in Durham University’s Department of Earth Sciences, said: “Although hurricane tracks have gradually moved northwards away from the western Caribbean, rising sea surface temperatures could promote the development of cyclonic storms within the western Caribbean.

“Consequently tropical cyclone activity across the western Caribbean may remain essentially stable over the current century, which has important implications for water availability in this region.

“However, increased sea surface temperatures also provide extra energy, potentially fuelling larger storms. We therefore need to prepare for the effects of more frequent landfalls of larger storms along the Northeast coast of the United States and stronger storms impacting the Caribbean.”